The man who was injured in the tragic Nipsey Hussle shooting is no longer facing charges for conversing with the late rapper. Kerry Lathan was arrested just days after the shooting that took Hussle’s life. He was only 33.

“COURT SURPRISE: Dept of Corrections dismisses case against parolee Kerry Lathan who was wounded in Nipsey Hussle shooting. CDC had earlier said that Hussle was a recorded gang member and that Lathan violated parole by talking to Hussle that day.@ABC7Courts“ 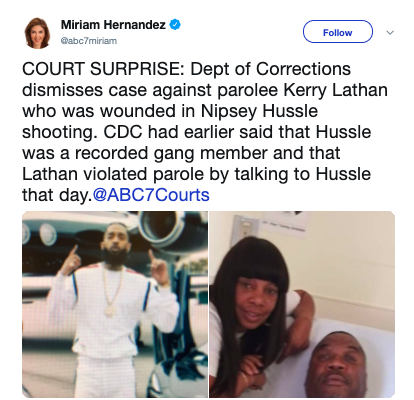 It was previously reported that Lathan was a good friend of Hussle’s and was at the scene of the crime, Hussle’s Marathon store in Crenshaw, because he had just finished a 20-year murder sentence and Hussle was helping him get new clothes to see his new family.  Unfortunately, a man, who police say is Eric Holder, came and shot Hussle outside of the store, and Lathan was injured in the crossfire. He is now in a wheelchair and Holder is being charged with murder. Days after the shooting, Lathan was then taken back to jail for allegedly breaking the terms of his parole and speaking to someone with gang ties, Hussle.

Still, Lathan revealed in an interview with VLAD from behind bars that the story of him being a good friend of Hussle’s, and Hussle coming to The Marathon to help him out is completely false. He also shut down rumors that he had been just released from prison before the fatal incident.

“[Hussle] might’ve gave me a couple pictures … When I got out, I took a selfie with him. He’s a celebrity. Everybody’s taking selfies, let me take one. That’s on my phone in front of The Marathon Store. Nipsey heard that I was home and filled up my little sister’s backseat of her car with clothing for me… I was out seven months before this happened.”

Lathan continued and said he was really at the store because his nephew, who suffered injuries in the shooting, told him to go to the store to purchase a shirt before seeing a friend whose father passed. Lathan said,

“When I go in there, they didn’t have the white [shirts] that I wanted. I said, ‘When y’all gon’ get that in again?’ He said, ‘Well, there go Nipsey in the lot. Go talk to him.’ And I talked to him. He said, ‘That’ll be about a week, bro.’ I said, ‘OK.’ And when I said it, it was all bad. The gunman turned around the car and shot me, then shot Nipsey, and then shot my nephew. I didn’t know what was going on; I fell on my stomach. All I could see was people’s feet. I couldn’t see nothing else. I said so they got it wrong if they talking about me being an eyewitness. What was I supposed to do? When I see a gun, I turn around and run. I don’t stop and take a selfie of the gunman. It all happened in less than three minutes.”

He said he was in the hospital for a couple of days before his parole officer came and let him know they had to arrest him. He added it was a mere coincidence that he happened to converse with Nipsey before the event took place. A GoFundMe page was also started on Lathan’s behalf to assist with court costs. 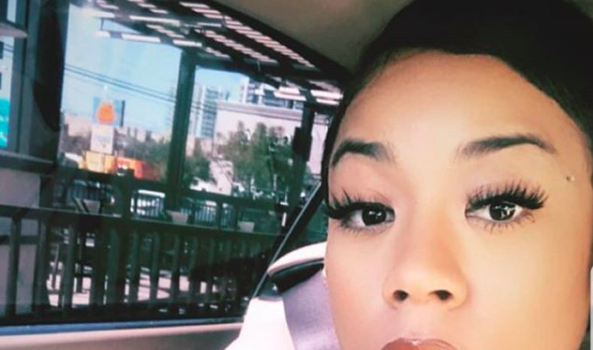 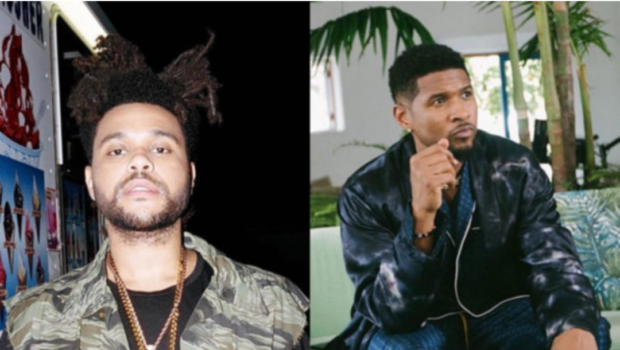