Video after video and story after story, we seem to be seeing racial inequality everywhere these days, and for co-host of ‘CBS This morning‘, Gayle King, these realities seem to be taking a toll on her.

The CBS commentator and long-time best friend of media mogul, Oprah Winfrey, was seen getting emotional as she discussed the recent Central Park incident of a white woman fabricating a story to 911 that her life was being threatened by a black man.

WATCH: Video of a white woman calling police on a black man in New York City's Central Park is getting a lot of attention.@VladDuthiersCBS explains. pic.twitter.com/mg1wwOSItl

A visibly upset Gayle King begins with a deep sigh.  She says,

“Once again I say thank goodness that there’s videotape, you know, I think as the daughter of a black man and the mother of a black man, this is really too much for me today.  I’m still rattled by that last story, and she’s practically strangling her dog, practically strangling her dog to make these false accusations, against another black man.  I’m still so upset Vlad, I’m so sorry. I’m still so upset by that last story where the man is handcuffed underneath a car where people are pleading, ‘please, he can’t breath,’ and we’re watching a man die.  So we go from that story, now to this story, where she falsely accuses a black man on television.  I mean, I don’t even know what to do or how to handle this at this particular time.  I know that this is, [staggering] I am speechless.  I’m really, really speechless about what we’re seeing on television this morning.  It feels to me, like a open season and that it’s just, a not, sometimes a safe place to be in this country for black men and today is too much for me. Tony and Anthony, I’m gonna turn it over to you.”

She continues later in the video, saying,

“I say, again, I say again, Anthony and Tony, Vlad, thank goodness it’s videotaped. Thank goodness that there’s videotape on both of these, these stories so you can see what is happening here.”

The viral video shows a woman, later identified as Amy Cooper, threatening a man in Central Park who requested her to adhere to park rules by putting her dog on a leash.  She’s heard telling the black man holding the video, identified as Christian Cooper, that she was calling the police and says,

“I’m sorry, I’m in the Ramble, and there’s a man, African-American, with a bicycle helmet. He is recording me, and threatening me and my dog…I’m sorry I can’t hear you. I’m being threatened by a man in The Ramble. Please send the cops immediately.”

She was put on leave from her job at Franklin Templeton shortly after. 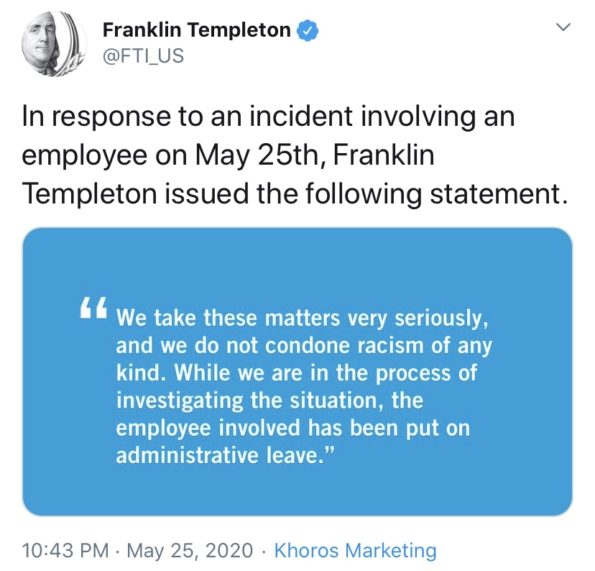 In addition, the dog seen in the video has also been surrendered back to the adoption agency, according to a statement by Abandoned Angels Cocker Spaniel Rescue, Inc. 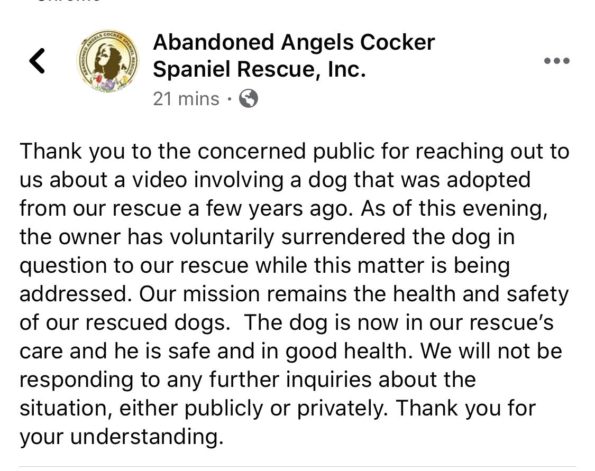 What are your thoughts on Gayle’s reaction? Let us know in the comments. 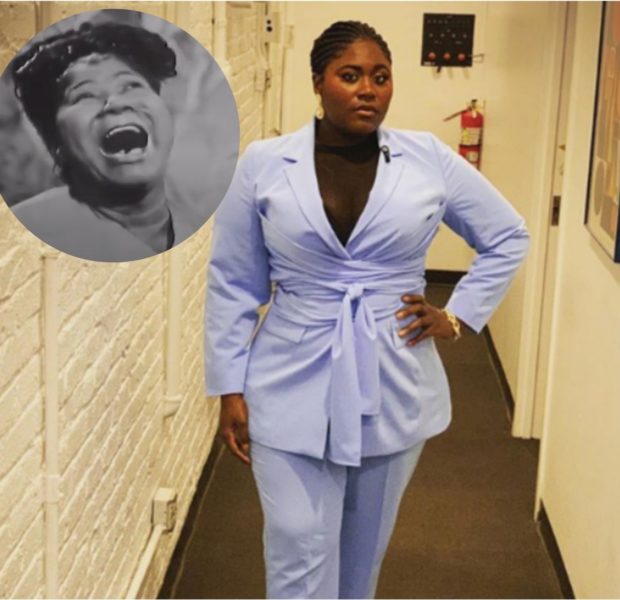 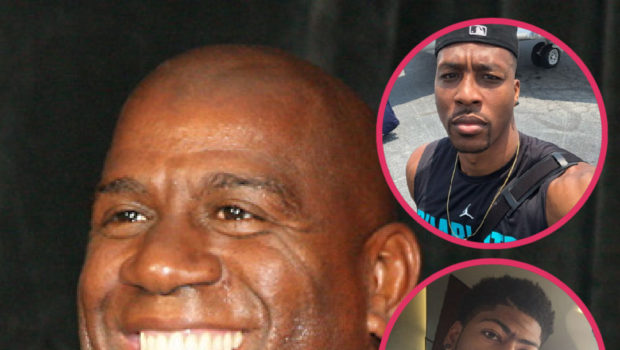