The social network community has been in an absolute uproar once the news dropped that actress Zoe Saldana will replace Mary J. Blige in Nina Simone biopic. Sources say Mary pulled out of the project due to funding issues. Many are saying Zoe is “too pretty” to play the gritty soulful role of the singer and civil rights activist, Nina Simone. Born in Passaic, New Jersey and of Dominican and Puerto Rican parents, Zoe has starred in numerous blockbuster films including Avatar, Colombiana, and upcoming The Words. Production of Nina is set for October 16th in Los Angeles. And if MJB no longer being a part of the project isn’t enough, there’s more drama. Nina Simone’s daughter Broadway star, Simone, is against the whole project and claims that the film is actually unauthorized. Simone took to her mother’s Facebook account and spoke out against the subject. “Greetings Nina Simone Lovers, Simone here. I have read many of the comments am happy you all took the time to share your thoughts and feelings.

Here’s mine: When the announcement initially hit the press with MJ Blige cast as Nina (about 6 yrs ago) I heard it along with everyone else. The story was written as a love story between my mother and her former nurse, Clifton Henderson and primarily takes place during the last 8 years of her life. Please note, this project is unauthorized. The Nina Simone Estate was never asked permission nor invited to participate. I have seen many names regarding who you think should play the role of Nina. Remember Angela Bassett as Tina Turner? SHE NAILED IT! Angela Bassett is an ACTRESS! And, we all know she lip synced along with Tina and did an amazing job. Personally, I prefer an actress to a singer. Just because a person is great at one does not mean they will be great at the other. If written, funded and CAST PROPERLY a movie about my mother will make an lasting imprint.

My vision of a movie about my mother includes SO many pivotal moments that are monumentally important towards relaying the journey of a woman whose journey began as a child prodigy born in North Carolina in the 1930?s…too many to list here but, trust when I say the tale will inspire through the sheer sharing of HOW Eunice Waymon became Nina Simone, The High Priestess Of Soul renowned worldwide. How many of you know my mother’s FIRST love was classical music? Do you know the hours she practiced preparing to audition for the Curtis Institute of Music only to be rejected because of the color of her skin? **After my mother made her transition I accepted a diploma from that very same institute with a speech she began writing but was unable to finish prior to her death.**

As a child, my mother was told her nose was too big and she was too dark yet she graduated valedictorian of her high school class – The Allen School for Girls – AND, skipped two grades. Nina was one of the most outspoken, prolifically gifted artists using the stage to speak out against racism during the Civil Rights Movement in the 1960?s. Her friends included Betty Shabazz, Lorraine Hansberry (my godmother), Langston Hughes, James Baldwin, Miriam Makeba, Stokely Carmichael, Presidents, Prime Ministers, Kings and Queens worldwide. Had she become a classical pianist, which was her dream….shattered, I doubt she would have found her true destiny. Nina Simone was a voice for her people and she spoke out HONESTLY, sang to us FROM HER SOUL, shared her joy, pain, anger and intelligence poetically in a style all her own. My mother stood up for justice, by any means necessary hahahaha YES, she was a revolutionary til the day she died. From Tragedy to Transcendence – MY VISION. The whole arc of her life which is inspirational, educational, entertaining and downright shocking at times is what needs to be told THE RIGHT WAY.

Please correct me, but isn’t a biopic the story of one’s life?

I have faith things will work out the right way and my mother’s real story will be told. For all she endured while here and all of the lives she has touched, she DESERVES to be remembered for who she truly was; not some made up love story from a former nurse/manager (now deceased) who sold his life rights because of his relationship to Nina Simone.

What are your thoughts on all the hoopla? Who do you think is the best choice to play Nina? And is Zoe Saldana ‘too pretty’?

‘Not a scratch on this pretty boy.’ Justin Bieber Proves He Didn’t Catch An L In Hotel Fight [VIDEO] 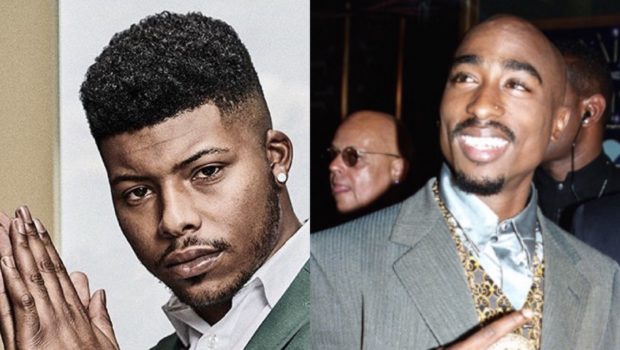 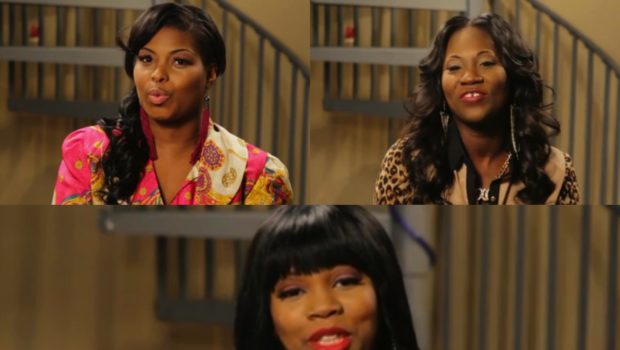 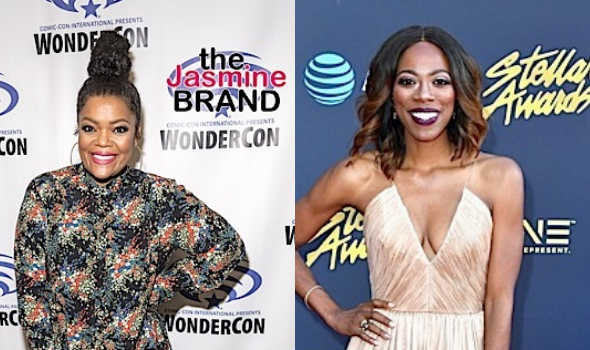