And to this, Andy responded:

It’s a free country. she wasn’t into it anymore! Couldn’t you tell?? 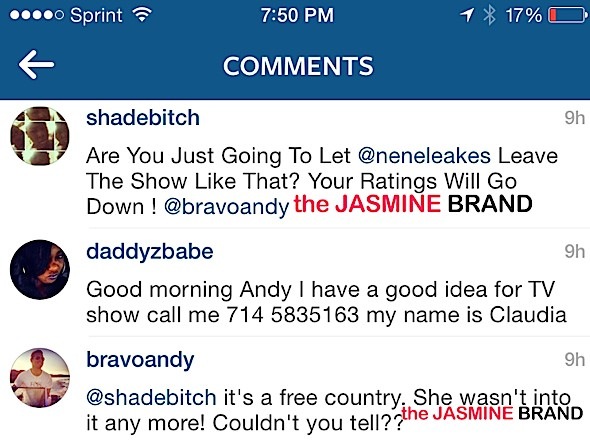 Meanwhile, there are unconfirmed reports that NeNe may return to the show, but not an official cast member. 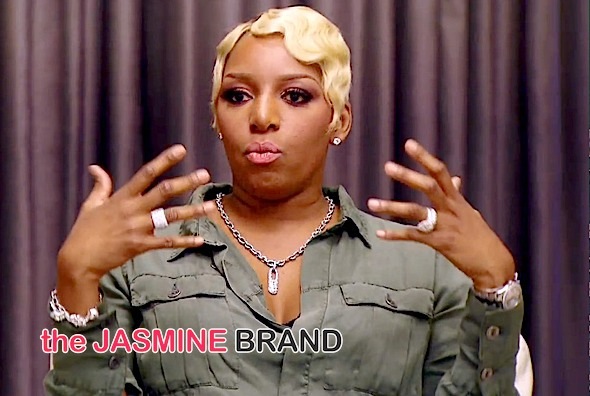 Our sources say, although NeNe made it seem she was gone for good, the show’s producers are still angling to have her appear periodically during the season.

As we reported, NeNe bailed on the show because the money wasn’t right. She’s already committed to doing a primetime network sitcom, and the only way she’d continue on ‘RHOA’ was if they delivered a wheelbarrow full of cash … to make the crushing workload worthwhile.

But our sources say NeNe is open to a part-time role on ‘RHOA,’ again if the money is right and it fits with her sitcom schedule.

Naya Rivera’s Husband Speaks After Being Abused By Wife: “This isn’t some reality show, this is our life.”
Exclusive
Post Slider 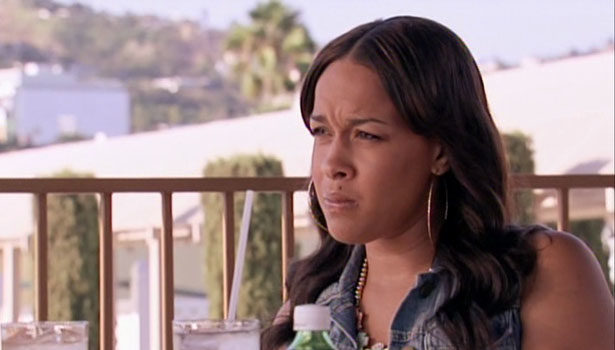