She stood right in my face like she was going to hit me. She thought I would be bullied. I won’t be.

Omarosa also allegedly told April that White House officials have compiled “dossiers” of damaging information on her. April says that Omarosa sent her an email last fall with a link to a story claiming she was “a paid Clinton surrogate.” April says:

It’s just ugly. She’s trying to harm my integrity and my career. I’ve been (covering the White House) for 20 years. I plan to be here for the next 20 years. You don’t mess with someone’s livelihood.

Sources tell us that the situation is being blown out of proportion and that Omarosa did not bully or threaten April.

Yes, there was a verbal exchange between the two but Omarosa didn’t THREATEN April. Omarosa defended [president] Trump and she felt like April had been going below the belt with her attacks on Trump. But to say she felt threatened and bullied is a flat-out lie.

The actual disagreement between the pair was recorded and captured on audio. In the audio, Omarosa can be heard saying to April:

Girl bye. Bye friend. You turned on me.

Keep reporting that and you’ll see how you get sued when it’s proven that I am not. Girl, I’ve been doing this 20 years. I’ve been here 30 years.

Call the Clintons, they’ll take care of you girl.

We’re told that Omarosa and April had been friends for years. In fact, April was going to be in Omarosa’s wedding, as a bridesmaid. A source explains,

The campaigning got nasty and it began to affect their friendship. April dropped out of the wedding.

Malika Haqq Reveals She Dated a Married Man: I was like I’m a home wrecker. [VIDEO]
Exclusive
Post Slider 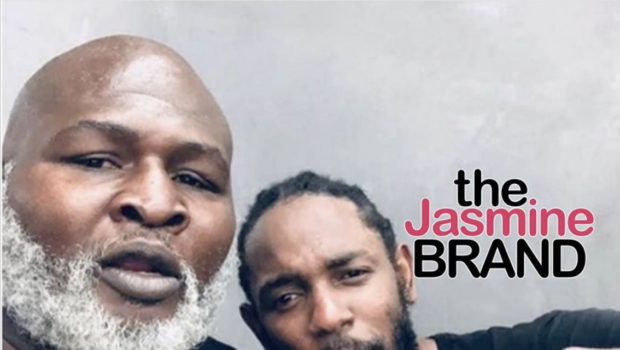