Cardi B Defends Offset’s Use of Word ‘Queer’

Cardi B is jumping to the defense of her fiance Offset. Recently, the Migos rapper made headlines for using the word ‘queer’ in the “Boss Life” song. After receiving backlash, the rapper took to social media, issuing an apology for the lyrics. 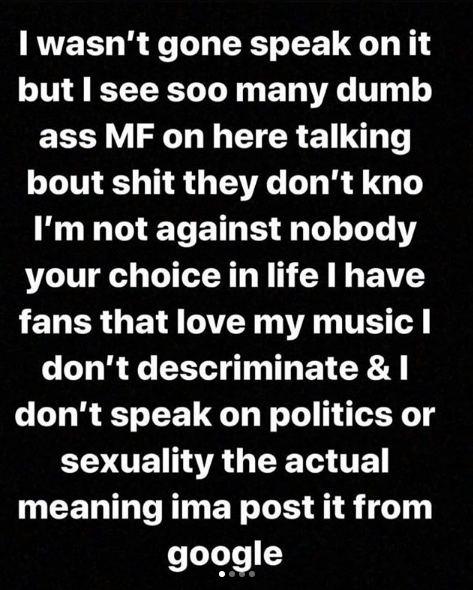 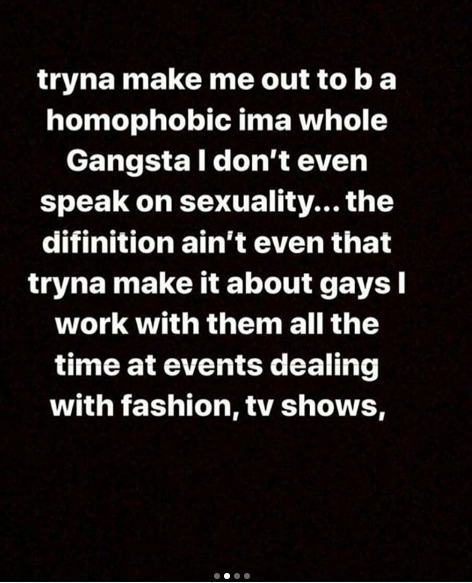 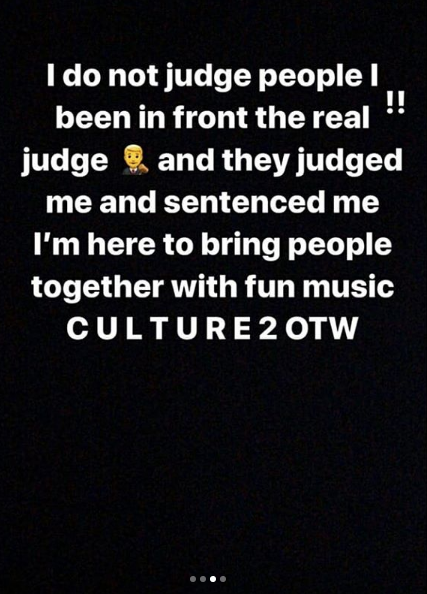 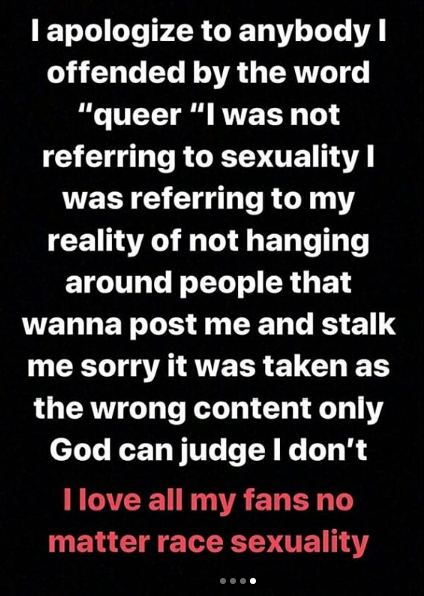 Cardi is also chiming in on Offset’s controversy. While on Instagram Live, the Bodak Yellow rapper stated that she confronted Offset about the use of the controversial word and that he said he was unaware that the term was offensive. She also suggested that people educate the public on what is offensive in the LGBTQ family. See the full clip of Cardi’s comments below. 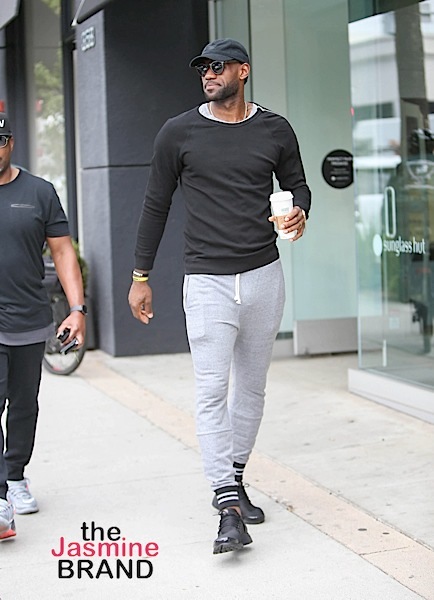 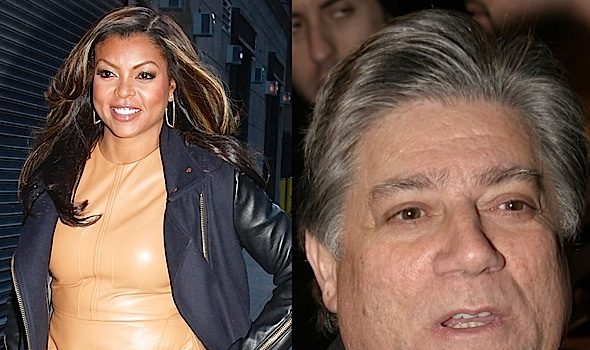