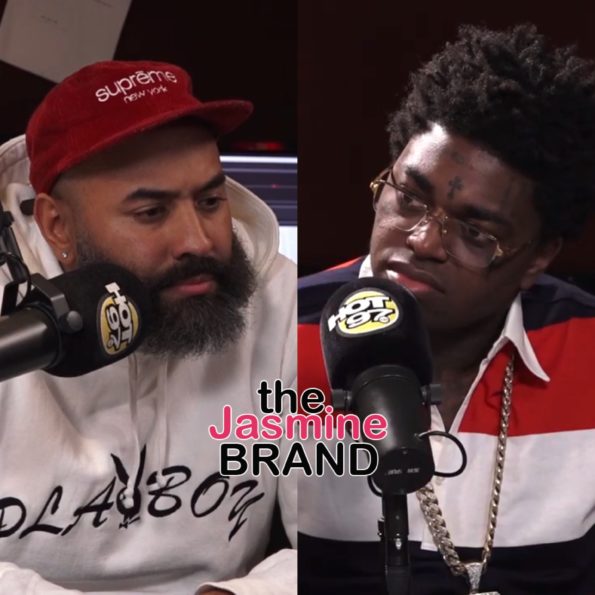 Things got heated at Hot 97 on Wednesday (Dec. 12). Florida rapper Kodak Black was one of the guests who stopped by Ebro Darden’s morning show with Laura Stylez, and Roseberg, and while the beginning of the interview was formal and introductory, within the last five minutes of the 17-minute sit-down things took a sour turn.

Since the inception of the 21-year-old’s musical career, he has had various unstable run-ins with the law in multiple states. One, in particular – which is extremely sensitive because it is still open – happened in 2016 in Florence, South Carolina. Black is accused of sexual battery in a hotel room on a woman – whose name and age have not been disclosed. Darden decided to openly address the charge shadowing the rapper’s career,

It was a pleasure to meet you man, looking at all your cases and everything you been through – and I know the recent one right now is very sensitive, and with respect to everybody involved in that case we can’t get into details. But you know, we take sexual assault here serious. We can’t get into details, but we hope to have you back so we can have a deeper conversation about that, because this is a serious topic, and we’re hearing these stories a lot.

Once Darden spoke about the opportunity of return, Black’s face became disgruntled. As Rosenberg attempted to change the subject, Black was unfazed. Darden then interjected,

You seem upset I brought it up.

I feel like, sometimes n*ggas be going through sh*t, y’all be entertained by bullsh*t. So it’s like, change the subject or I’m finna walk out.

Well, change what subject? We tried to change the subject, they was talking about the moon landing.

That’s bullsh*t too. Talk about something else.

We don’t have to talk about anything else. We can be done right here.

Black and his crew swiftly left the Hot 97 studio after Darden uttered his last statement. Once the clip (above) hit social media, Darden began to deal with excessive backlash for bringing up the case. He took to Twitter to share his thoughts about the aftermath of the interview,

I was tryna have a balanced convo with Kodak Black & not ignore the serious allegations against him but also not ask specifics to make his situation worse… and he wanna get an attitude with me?? Nah…. 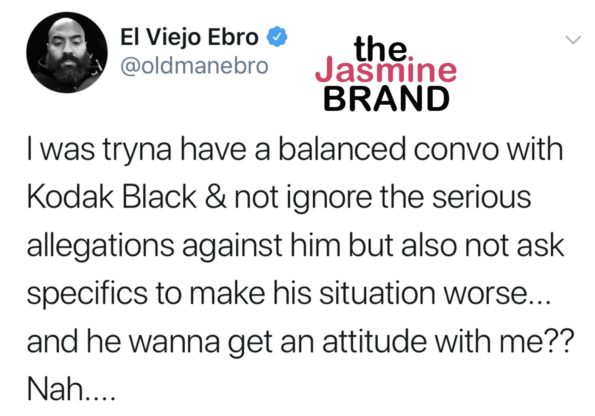 People are really dense… He gave us an ultimatum. I didn’t ask him a question. I said “when you come back hopefully we can address…” FOH 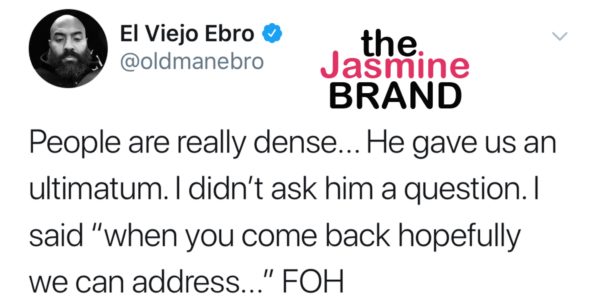 Was it necessary for Ebro to address the sensitive subject or should he have left it alone? Let us know in the comments. 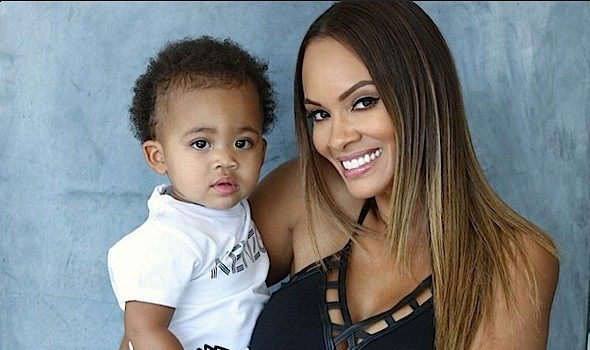 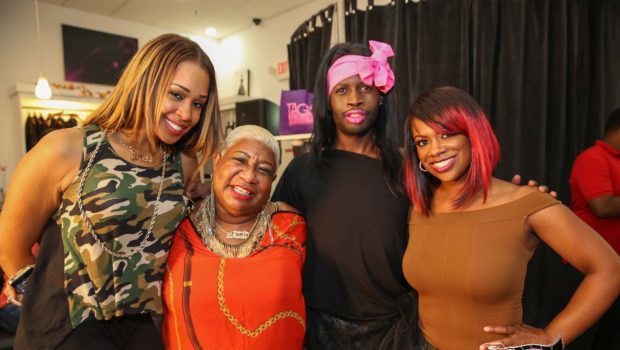