One of our favorite NBA couples are calling it quits. After marrying in 1997, NBA champion Alonzo Mourning and his wife, Tracy Wilson Mourning, have reportedly filed for divorce. No word on the exact date that they filed, but the pair (who live in Miami) have made few public appearances together and are said to have separated months ago.

Ironically, in February of 2017 rumors swirled that Alonzo had a mistress named Monique Exposito that allegedly wound up pregnant with a son by former NFLer Reggie Bush – whom is also married. 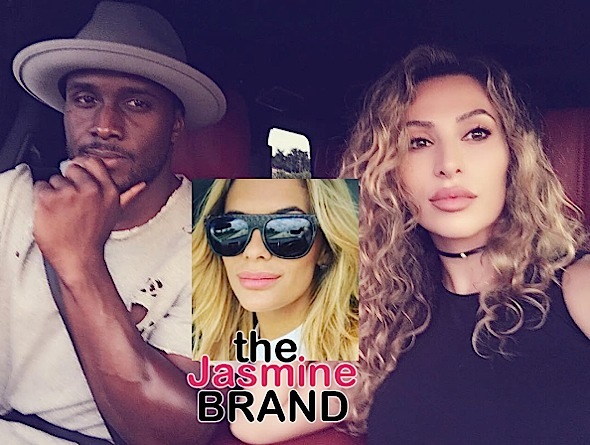 Tracy Mourning recently posted a cryptic message on Instagram, seemingly celebrating her impending divorce. In her caption, she mentioned February 20th being a “rebirth.” She said:

“@honeychildtracy For as long as I live, I will celebrate the 20th of February, along with many other memorable dates. A year ago, God spoke to me, forever changing me and my life. Presented with a challenge that I didn’t think I could survive, I am here to tell you that with God, our challenges are meant to make us thrive. I am a witness. God had to lay me down flat, to where He was all I could reach for. No longer could I reach for people or things that were incapable of reaching for me. I had to be broken open to be put together again and I am so grateful. The wisdom gained and the strength found, were my destiny. I encourage you to be brave enough to love yourself and courageous enough to demand more. Faith over fear leads to beautiful destinations. You are worthy. @tracywilsonmourninglove #withGod #grateful #happyanniversary #ghana #sunrise #newyearsday #standingtall #fullcirclefestival #ihaveangels #revelationknowledge #supermoon photo credit @reginahboone” 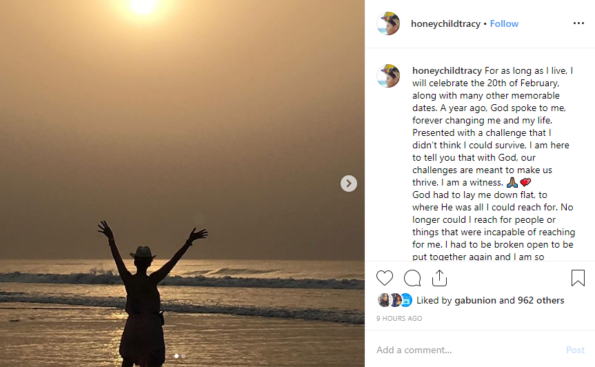 In a comment, actress and life coach, AJ Johnson, revealed that she is on the trip with Tracy Mourning, likely providing her coaching services. She said:

“@theajzone Happy new you my friend my sister my Soror. Continue to trust HIM. What HE has for you is greater than your biggest human vision. Like we affirmed on this beach…Keep going I love you”

Meanwhile, other former and current WAGS, such as Shaunie O’Neal and Adrienne Bosh, offered Tracy their support in the comment section of her photo.

Neither of their representatives have commented. Alonzo and Tracy Mourning share three children – Alonzo III, Myka, and Alijah.