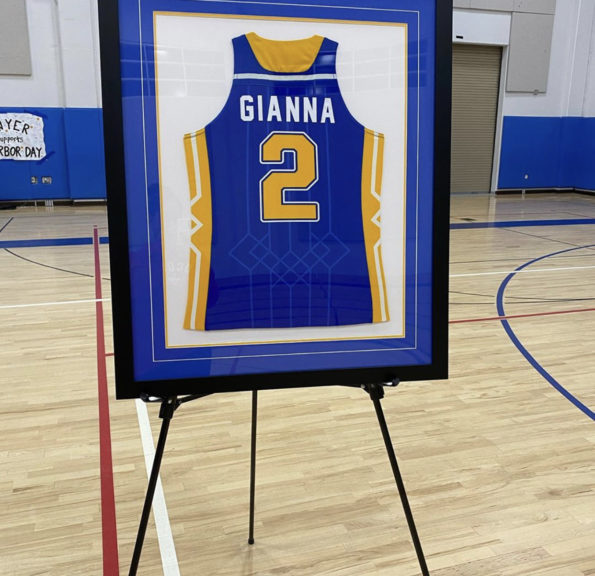 In the photo, a bouquet of heart-shaped balloons can be seen placed alongside a table with a red and pink flower arrangement that reads “Gianna.”  Vanessa Bryant shared her heartfelt thoughts

“My Gigi. I love you! I miss you. You’ve taught us all that no act of kindness is ever too small. Mommy is still and will ALWAYS be so proud of you mamacita.” 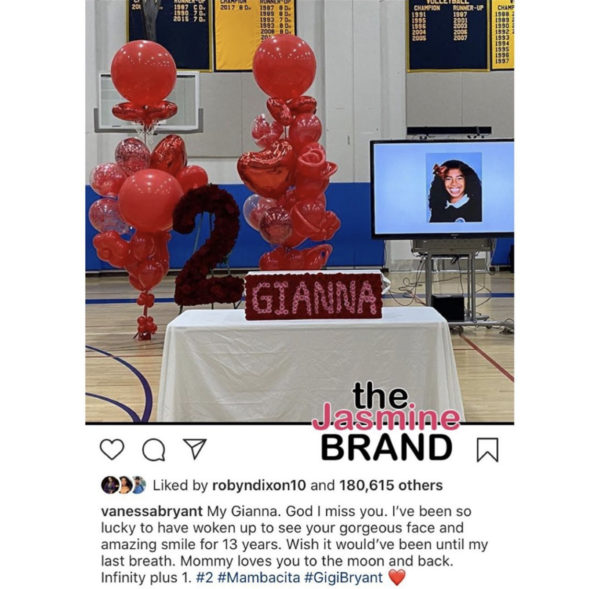 In a video, the mother captured the touching moments of Gigi’s retirement ceremony as they unveiled her blue and yellow jersey.

In addition to her school, Gigi’s future dream college, University of Connecticut, honored the fallen player with a No. 2 UConn Huskies women’s basketball jersey. 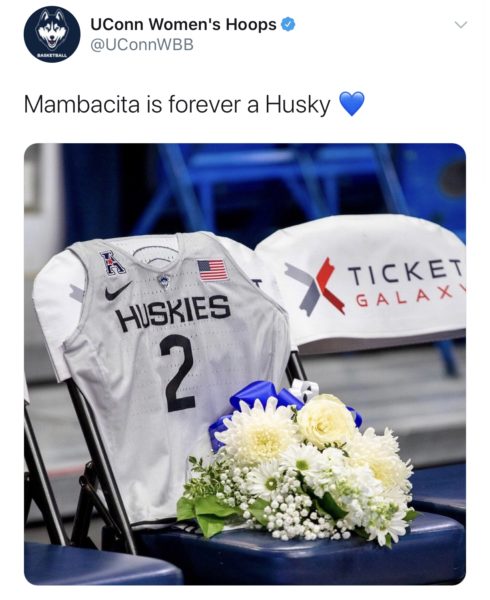 As previously reported, Vanessa continues to mourn the loss of her husband and second-born daughter. Last week (Feb. 3rd), the mother shared an illustrated image of Gigi who was pictures dressed in her dad’s no. 24 Lakers jersey holding a big smile on her face as she hangs onto a basketball under her arm. 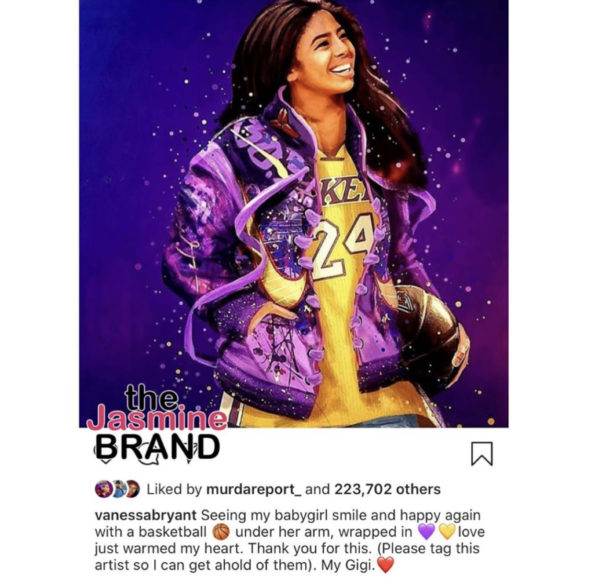 No further details about the crash have been released. 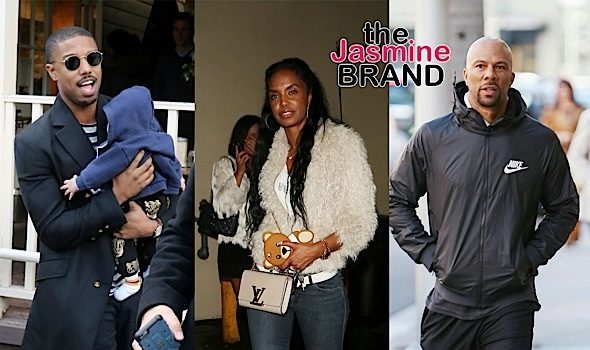 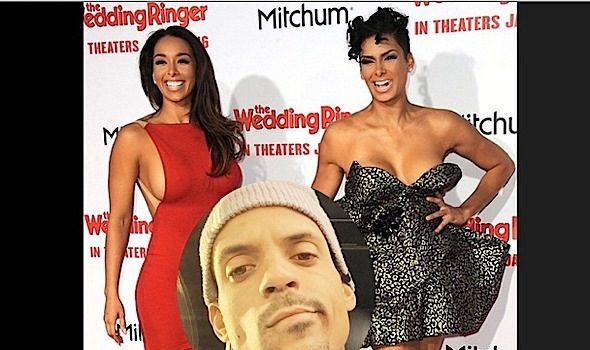