Drake shared an adorable photo his two year old, Adonis in honor of Father’s Day. In the image, Adonis sits in bed, wearing pajamas. The 33-year-old rapper captioned the post:

Happy Fathers Day to all the real g’z handling business 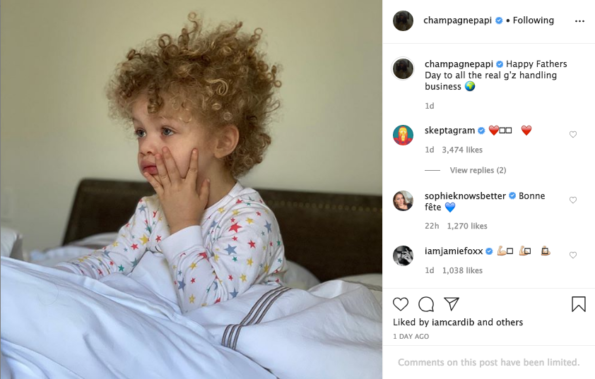 Drake, real name Aubrey Graham is a rapper, singer-songwriter and actor from Toronto who first garnered fame from his role on the TV show Degrassi: Next Generation before breaking away to seriously pursue his music career in 2007.

After the release of his mixtape So Far Gone, Drake was signed to Young Money Entertainment and has been topping the charts ever since 2009.

Drake became a father in 2017, but it wasn’t brought to the public’s attention until after his rap beef with rapper Pusha T, who spilled the beans in a diss track. Drake later confirmed he had a son on his album Scorpion released in March 2018. In December 2019, Drake opened up about the circumstances surrounding his son’s birth.

I actually did a DNA test for my son, and they came back to us and they said that the DNA test got ruined in transit, and that they couldn’t be a hundred percent sure that that was my son or not. So I was in a really weird pending situation where I didn’t wanna go tell the world that was my son and it wasn’t. So, if you’ve see my son, you understand why!…if you’ve seen my boy, at the time you’d understand why- I mean, he’s just a stunning child with the brightest blue eyes. And at the time I was like, ‘I don’t know.’ But it wasn’t until a week before the album came out that I got confirmation that that was definitely my son. It took me two more solid tests with two different companies.

#Drake debuts his son Adonis on social media ?? In this clip (done last year) he talks about getting more than 1 DNA test & wanting to wait to tell the world about his son. pic.twitter.com/ovKd3FjDxv 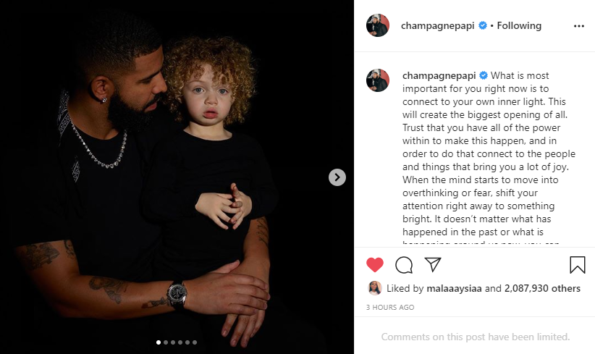 Drake officially revealed Adonis on his Instagram in March of this year, at the height of the pandemic which he said is what inspired the post and the message about family and togetherness.  Drake wrote:

Laughter is your best medicine, but tears can also be a powerful release. Let go of any judgment you may have around that. Remember that you are never alone, and if you need to be reminded of that ask for support and it will show up. Everything comes down to intention, and even though there are conflicting energies circling around us you must KNOW…It will rebuild. But in order for that to happen, you have
to do exactly that. Trust. You have the biggest heart and that is your greatest gift. It’s impossible to always control your surroundings, but when you shift the focus to how you want to feel, everything will conspire to assist you. I love and miss my beautiful family and friends and I can’t wait for the joyful day when we are all able to reunite. Until then please keep your lights on

In May, Drake explained why he shared his son on social media:

… I just woke up one morning and decided I want to be able to post my son and share memories with my son. I don’t want to feel like just because of a life choice I made to be a “celebrity” that I gotta make everybody live under this blanket.

I just wanted to be myself with that, I’ve watched you [Lil Wayne] be a functioning rap father, incredible father and that gave me a lot of confidence to. You know Chainz [2 Chainz] is a great father, a lot of the guys we came up around, just being a great family man on those tours. When albums need to get done, but specifically you, just like just how you made s**t function and work and how much love the people in your life have for you and I can tell by the way your kids stare at you that the time and effort that you put in as a father. So that was really inspiring for me to know that I can keep pushing forward as a musician and be there for my son.” 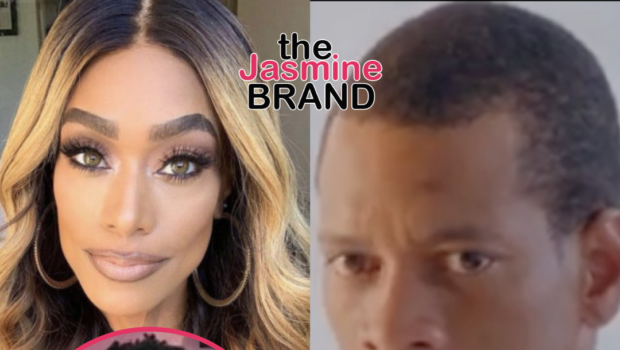