Now that news is out about her and her husband John Legend’s third pregnancy, Chrissy Teigen is sharing the shocking story of how she found out she was pregnant.

She told the story on Twitter after a fan pointed out she announced her pregnancy shortly after getting a breast reduction, raising the question of whether she was pregnant when she had her surgery.

“Oh, it’s quite a story. lol I did the routine pregnancy test you do before surgery. It said negative. It was not negative. a few weeks after surgery, I took a test. And for many years now, I’ve taken pregnancy tests almost every month, praying to see a positive one day. Just wishful thinking. I never had a positive before. so the morning of John’s album release, he wakes up at 3am to do good morning america. I woke up with him and was like man, should take my monthly test to be disappointed…….I was not disappointed. But I was scared s***less. Was pretty positive you shouldn’t get your boobs out while pregnant? Pretty sure.” 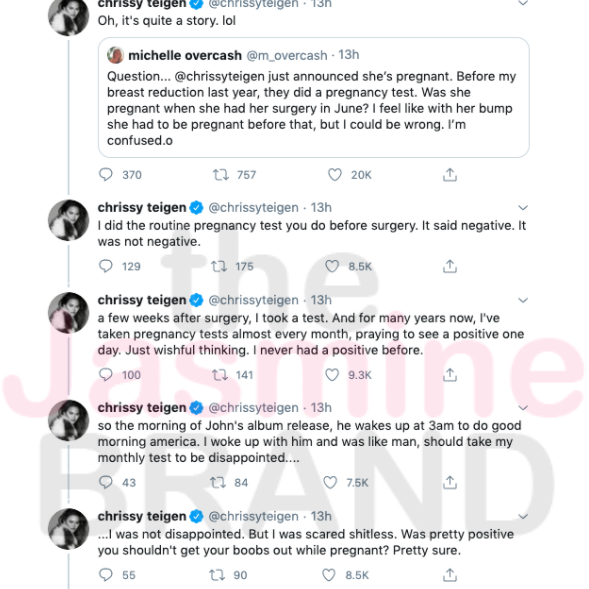 “So we prayed to the boob surgery gods that everything would be okay. Went to every appointment terrified. Even without the surgery, I didn’t think I could get pregnant naturally anyway. So the odds just felt…bad. But what they say so often can be true. When you give up on trying, life has a way of surprising you. In summary, my boobs hurt. Also, you guys have seen how rough these past few months were for me here. So now you know why I just extra appreciated all the love and support through it all, especially since you didn’t even know. You just thought I was in stressful internet hell.” 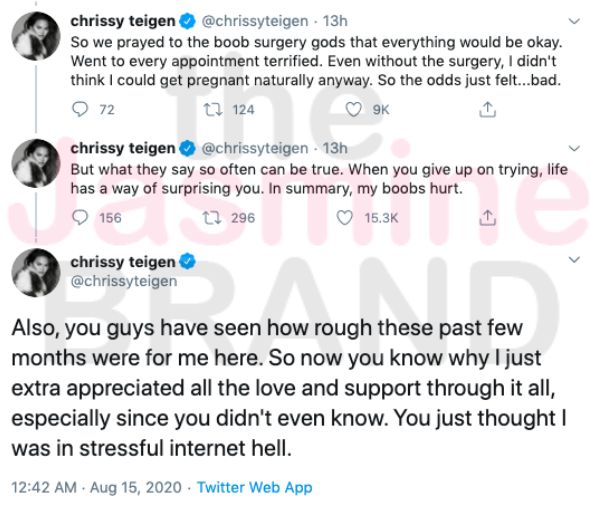 What do you think about Chrissy’s story? Let us know in the comments! 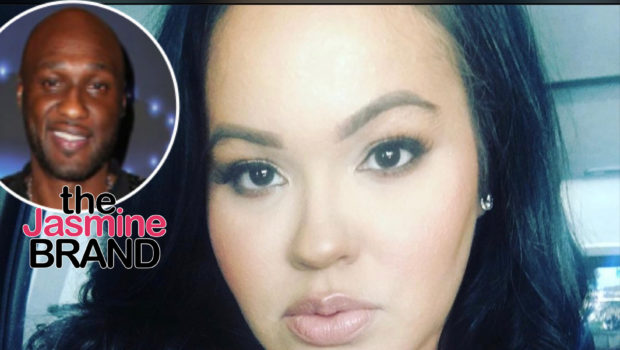 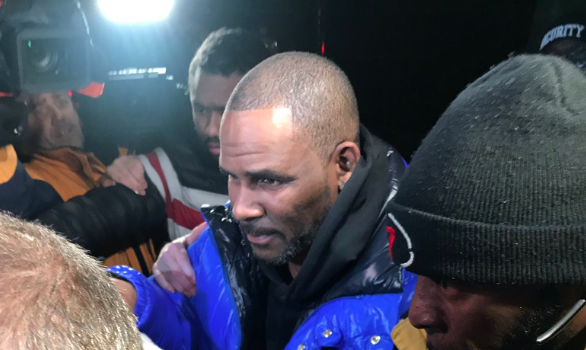 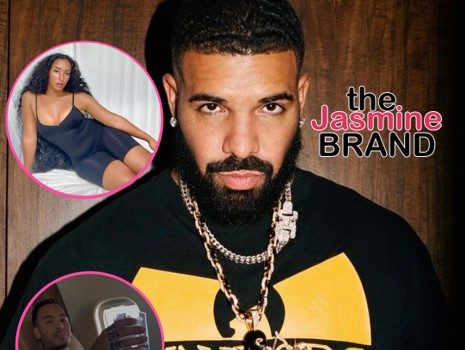