Mona-Scott Young doesn’t seem to slow down. After recently wrapping up her popular VH1 reality series, “Love& Hip-Hop“, another season set to be in Atlanta is in the works. JustTheFab.com recently chatted with Ms. Young about the new show, and also get the scoop on two of our favs, Chrissy Lampkin and Yandy Smith.

“Hmmm, not gonna say just yet because we’re still doing deals. But we are up and running in Atlanta, we’re in pre-production now. I’m very, very excited. I’m talking to some amazing people who have some incredible stories, so I think we’re gonna do right by the show. We set the bar pretty high with New York, so we have a huge [kind of] shoe that we have to fill. I think we’re gonna do it, I think we have a great show in the works.”

As some of us faithful viewers know, there was more than enough conflict between cast mates on “Love and Hip-Hop: New York”. Much of the drama was between Chrissy Lampkin and Yandy Smith. As Jim Jones’ [now] fiancée (Chrissy) and [then] manager (Yandy), the two bumped heads early in the season (and we loved watching). On the reunion “sit down” with the cast members, Chrissy expressed that she was unsure as to whether or not she would return for another season of “Love and Hip-Hop”, because of how she was portrayed on the show.

“You know, there’s nothing much to respond to. I adore Chrissy, I think she is so smart, I think she’s great. What I think she came to realize is that putting yourself out there that way on national television and having to experience all the things that she experienced with the cameras rolling, it wasn’t an easy thing. And it was very difficult for all of us, especially because there were relationships in place. So right now, what I’m kinda doing is giving her some time. I’m hoping that in that time, things will calm down and she’ll feel a little bit better and I think once some of that smoke clears, she’ll have an opportunity to really look back on the relationship. And I trust the fact that she knows I care about her, care about Jim. Their engagement was one of the highlights of producing the show. And I’m sure that they’ll kind of realize that some of the stuff that happened was unfortunate, but it was in the course of making the show and that it has no bearing on our personal relationships.”

On Yandy’s experience on the show:

“I don’t know, you have to ask Yandy. It was up and down; it was a roller coaster ride. She was very, very upset at one point because some very real things happened for her on the show in terms of her relationship with her client and other stuff. So it was definitely a roller coaster ride of emotion for her. But I think in the end, she was okay with her decision and I think she grew from the experience as well. I think overall, it was good for her, but I think that it was a major kind of turning point in her life doing the show.”

“You’re gonna have a different cast, different stories to tell, different dynamics in their relationships, we’re in another city that has a whole different feel to it. Like, I’m even trying to figure out the theme music because I’m like, this has got to feel like Atlanta… HOT-LANTA! We’re trying to do as much as we can to make the show reflective of the city that we’re in.”

“Love & Hip-Hop: Atlanta” is set to be up and running soon. The rumored cast includes rappers Diamond (formerly of Crime Mobb), Rasheeda, and Khia (cues ‘My Neck, My Back). Singer Nivea is also rumored to be on the show (“baby-momma” to Lil Wayne & The Dream). This sounds like an interesting mix, huh? 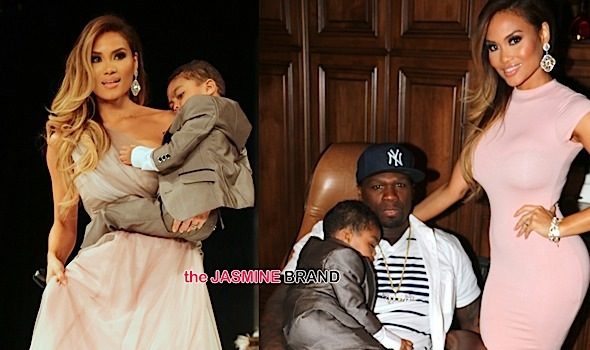