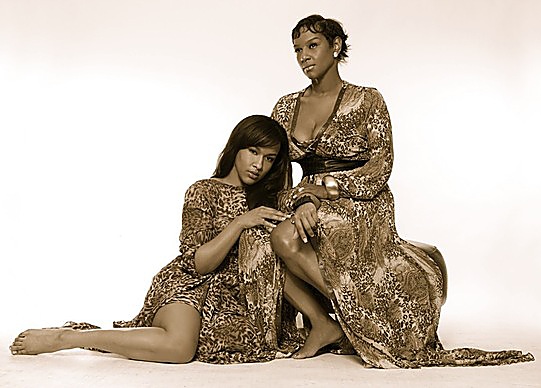 Reality star Jackie Christie’s daughter, Chantel Christie has taken to Twitter to defend herself against an ambush of tweets that she received after the Basketball Wives’ episode that aired on Monday. If you missed the show, Laura Govan met with Chantel to find out what the rift between her and her mother (Jackie) was about.

Chantel revealed events from her childhood that pretty much threw Jackie’s parenting skills under the bus, saying that she mistreated her older sister, who was always heavier and darker than her. She explained to Laura that she referred to her sister as “the dark overweight one,” and even left her out of family portraits. You know how harsh Twitter can be, and surprisingly, followers were outraged that Chantel would put her family’s business on television and reveal secrets to Laura, who isn’t a fan of Jackie. Chantel addressed viewers negative comments on twitter, with a long (grab a coffee) rant of sorts. She wrote:

“Not that I owe you viewers any explanation. But I will address this for once and for all. Quote me, right it down, take a picture – I don’t give a f-ck.

I was in a bad place in MY life. Was it right? No. Was it “all lies”? No. Was it 4 “publicity”? No. Did I kno where Laura was coming from? NO. Do I regret it? I regret airing my personal life out 2 sm1 who, I now feel, had malicious intent. I regret addressing it publicly, at all. You all can believe WHATEVER you would like to.

I know MY truth. I wake up everyday and I have to live MY life. None of y’all do it for me. Show me a person that has never done something they shouldn’t have. And I’ll show you an angel. I will not call it a mistake because in THAT moment, it was exactly what I wanted to do. Looking back, it NEVER should’ve happened.

And I am woman enough to admit that publicly. But to be ridiculed, disrespected, threatened and bashed… Y’all don’t know me!! Walk a mile in my shoes, and I guarantee you’ll take em off! When all this “reality” Isht is over. When the camera cuts, and production wraps… That is still my Mother. And we have, and will continue to, mend our relationship BEHIND CLOSED DOORS, not for a million ppl to watch, dissect and judge.

@JackieChristie, I love you. & I’m not sure how, but as a FAMILY, I’m sure we’ll get through this. If you’re ready, I’m willing. And to those that have said evil, malicious things to me… I’m praying for you. Not even mad at cha. You can only speak on what you see.” 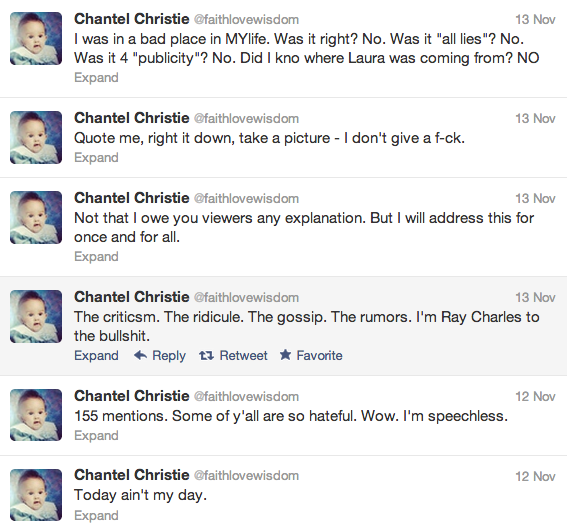 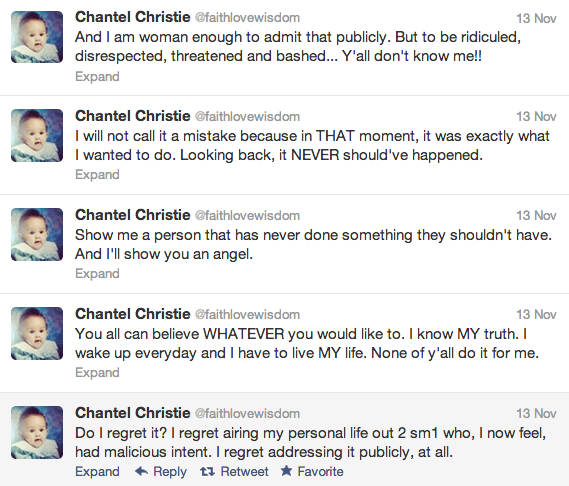 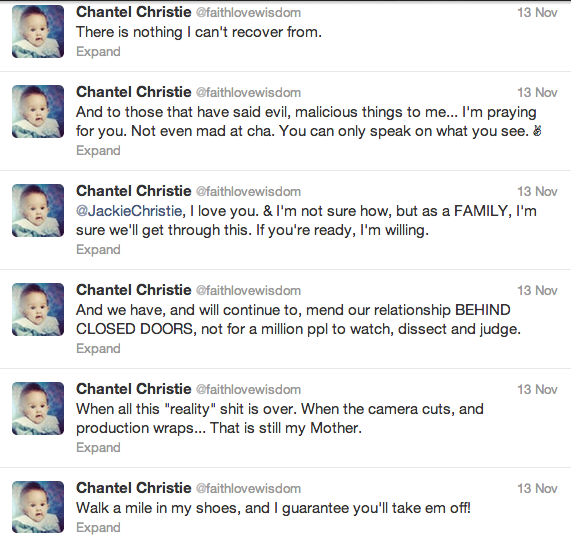 Now that you’ve heard Chantel’s side of the story, do you think it was necessary for her to defend herself on twitter? And has your perspective of Jackie Christie or Laura shifted at all? 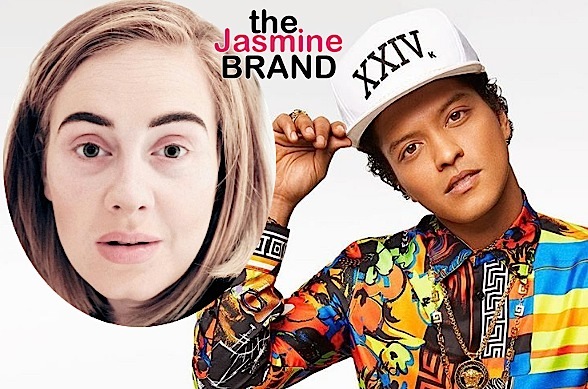 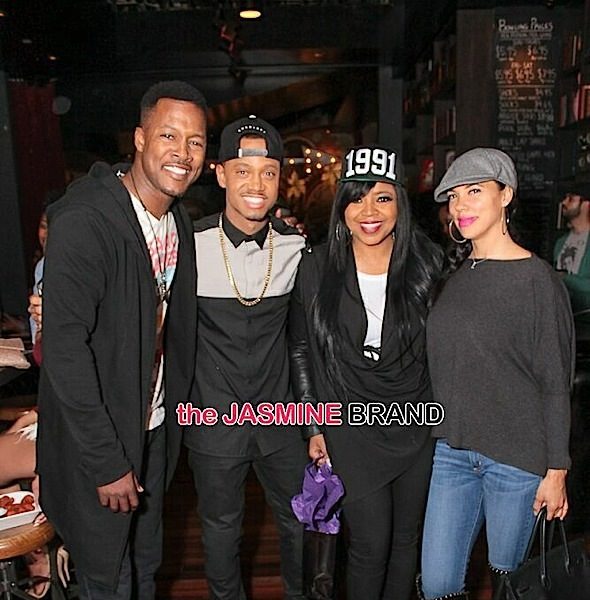 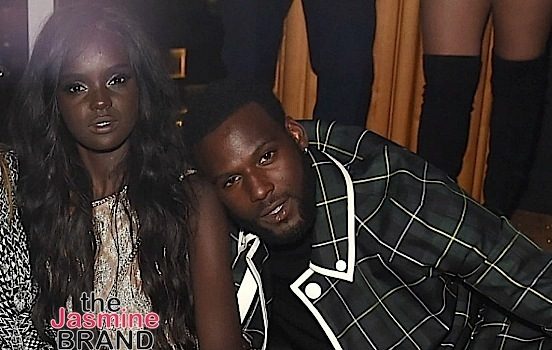