Rocsi Diaz is making major career moves. In addition to snagging heavy-hitting interviews with Mariah Carey, Nicki Minaj, and the rest of the American Idol cast, we’ve also learned that Rocsi has been named weekend co-anchor and daily correspondent on “Entertainment Tonight”. Diaz has worked her way up from having her own radio show, to co hosting BET’s “106 & Park” with Terrence Jenkins. She will now cohost ET’s weekend show with Rob Marciano. Of course Rocsi is excited about her new position. Here’s what she had to say:

“I am thrilled to join the outstanding team at “Entertainment Tonight. I have a passion for so many elements of the entertainment industry: celebrities, fashion, music, and to cover these areas for the best in entertainment journalism is an honor.”

And if you’re still following the drama between Mariah Carey and Nicki Minaj on “American Idol”, Rocsi had the pleasure of interviewing both divas (separately of course) about their feud on the show. Anywho, congrats to Rocsi! 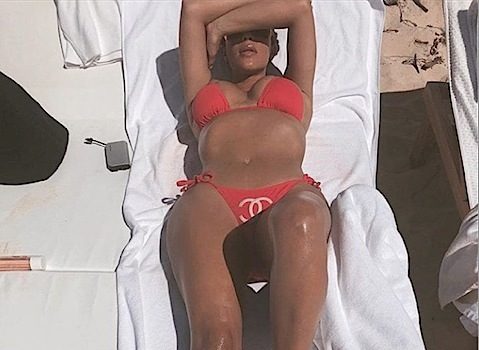