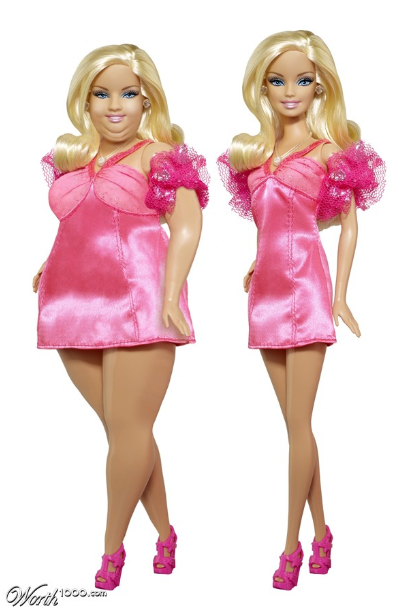 This isn’t necessarily celebrity news, but it’s certainly has caught our attention. It’s quite evident there’s an ongoing conversation about body image in American culture and in the modeling industry. Over the past few years, certain designers and modeling agencies have begun to slowly incorporate what is referred to as the ‘plus size‘ model. There’s absolutely a market for full-figured and plus sized fashion and some suggest that it’s only right that Barbie be reflected in this growing trend. 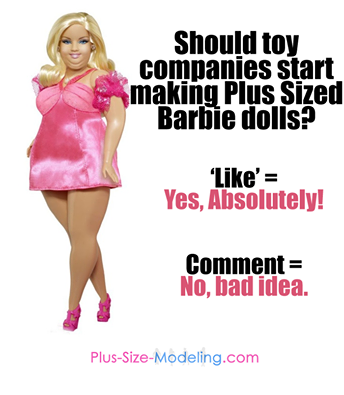 The conversation about giving Barbie some curves, created buzz when Plus-Size-Modeling.com posted an illustration of a plus-size Barbie-like doll, asking it’s readers whether or not a Plus Size Barbie doll should be created. And the responses have varied.

Sure, but Barbie doesn’t need a double chin. You can be ‘plus size’ w/o the double chin. They could make a ‘thick’ Barbie.

Not every big girl is unfit or unhealthy! I’m sick of people saying someone is unhealthy because of their size!!! An average size Barbie would be awesome and would probably boost confidence to millions of little girls everywhere!!!!! Being yourself is one of the most beautiful things!!!

Thick yes but obese with double or teipple chins like this hell no. Average size these days is 14-16. A doll that shows real life perspective, rather than the ideal unhealthy weight like 0 or unhealthy negative display of obese is a better more healthy approach. Girls need to know, pole size is unhealthy and being an average weight isnt a bad thing at all. Most wemon are thicker and a hell of a lot healthier and more beautiful than freakin bean poles. Most models arent even that skinny anymore and its a shame that they get photo shopped to make the world believe they are. I vote yes for a thicker doll, but no to an obese doll.

No Jesus Christ no!!!! No one is naturally fat for gods sake, that’s sending the message to girls that it’s ok to look like this and be unhealthy.. How about we stop obsessing about being overweight and teach our children to eat healthy and get out and play…

What are your thoughts? Is the Barbie above a more realistic image for girls and women? And if so, should Barbie be plus sized? [Facebook, Huffington Post] 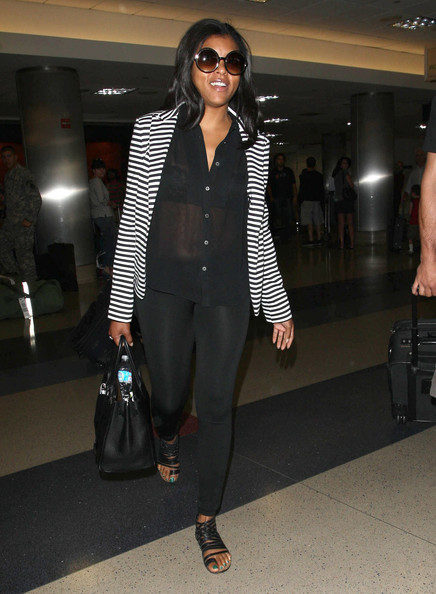 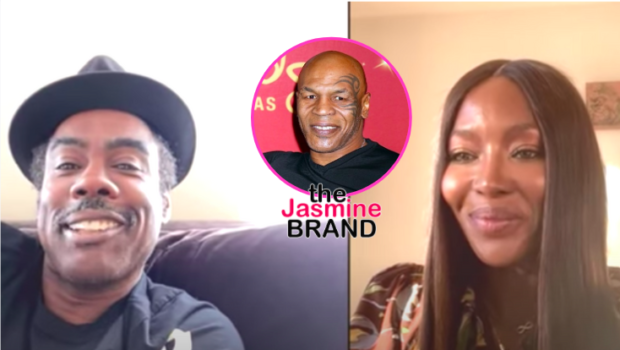 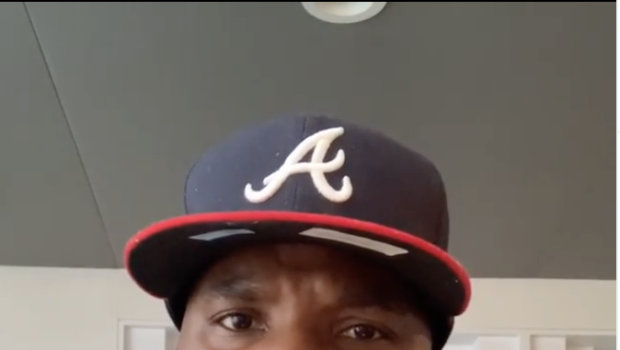