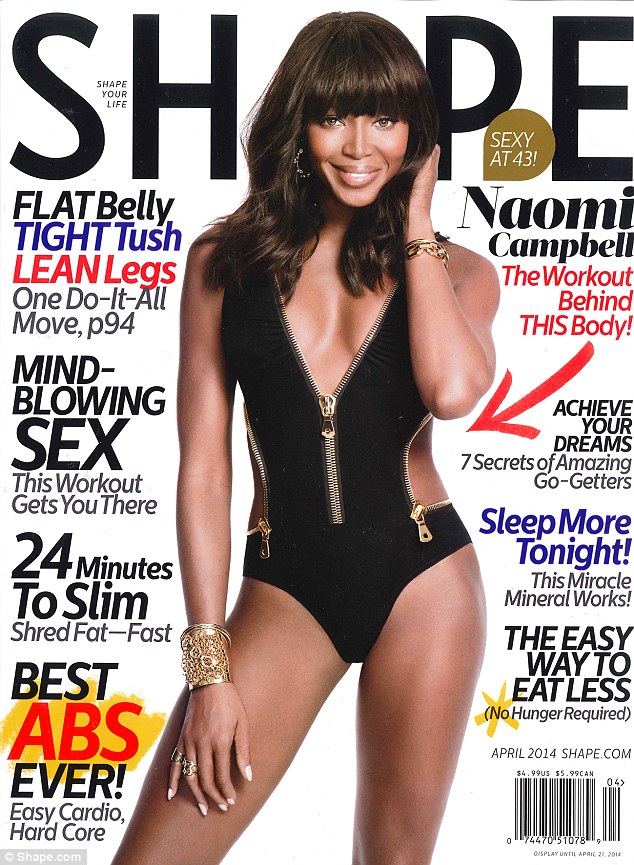 Super model Naomi Campbell seems to be killing the game, at the tender age of 43.  The British-bred beauty is covering the April issue of SHAPE, showing off toned legs and killer physique. As an executive producer and co-star of The Face (arguably similar to Tyra Banks’ America’s Next Top Model) she’s doing a ton of press, opening up about her personal struggles, success and secrets to her figure. 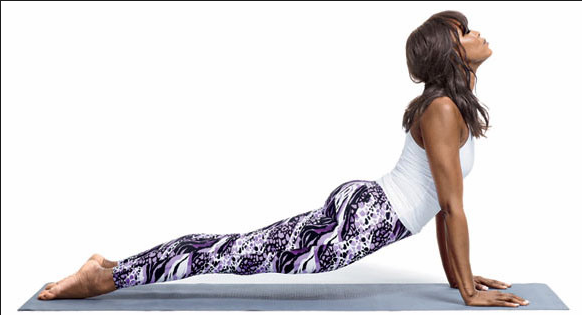 In her cover issue, she’s quite vocal about the discrimination in the industry, saying that the color of her skin has been a challenge her entire career.

But I learned if you don’t accept no for an answer, you often get a yes.

While a healthy diet is essential to keeping her in tip-top runway shelf, she’s adamant about not starving herself to death. She says:

I don’t believe in starving myself. I’ve never done it, and I never will. I’m even more active when I’m juicing, doing both yoga and Pilates every day. 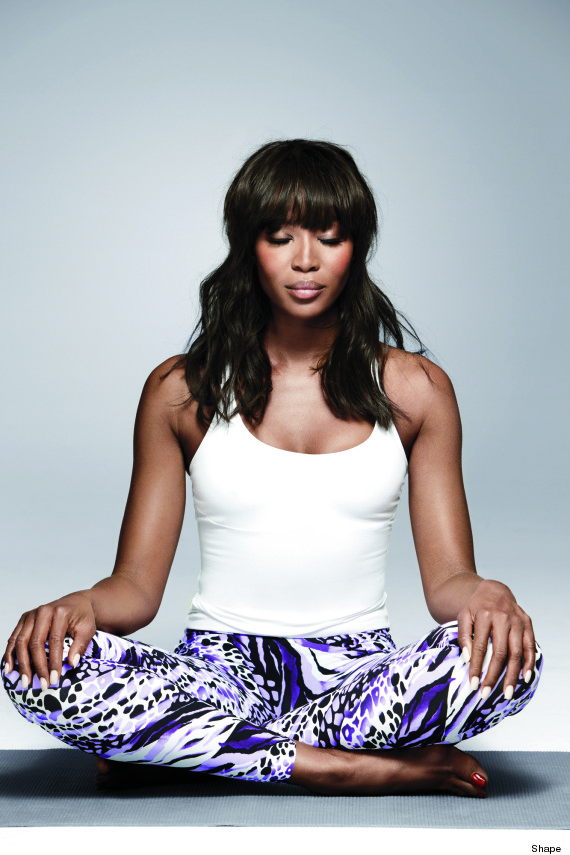 Naomi is complete control over her body, but shares that she is having a difficult time ending her decade long addiction to smoking:

People told me that cigarettes are harder to quit than alcohol. I didn’t believe it, but you know what? It is harder. 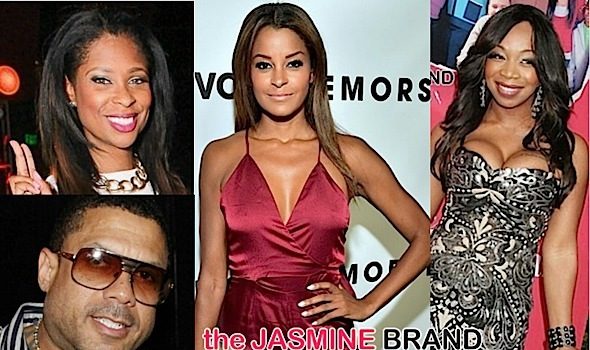 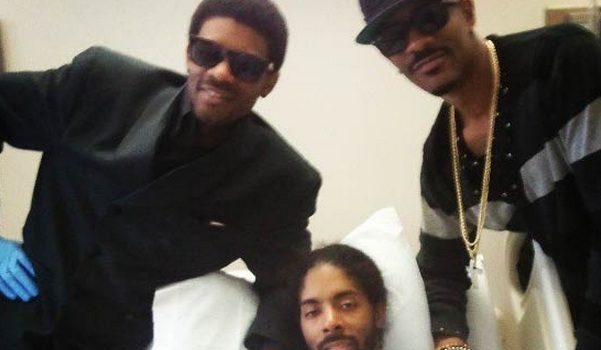