The not-so-nice saga continues between Deion Sanders and his ex-wife, Pilar Sanders (aka Pilar Love el Dey). Reportedly, the NFL Hall of Famer has sued his ex-wife for more than $200,000. He claims that she defamed him on social media and TV, accusing him of: 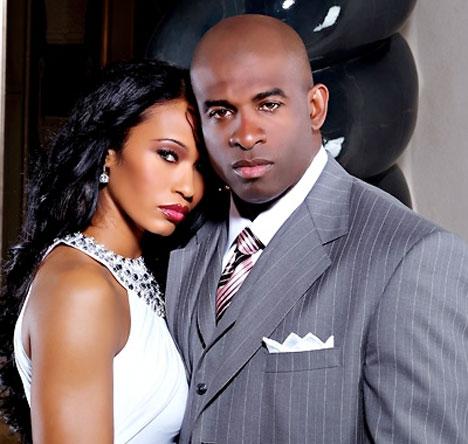 As previously reported, Sanders, the only athlete to play in both a Super Bowl and a World Series, and his wife officially divorced in July 2013. It was not an amicable parting and played out in the public by both parties.

According to the court documents, Deion claims that Pilar:

has published, and continues to publish, statements on Facebook, Instagram, Twitter, You Tube and other social media accusing Plaintiff of child abuse, abuse of the Defendant, assault, murder, and other crimes (the ‘False Statements’). She has also appeared on television, specifically the Bill O’Reilly Show, making similar abuse allegations.