Kanye West has got some new ink! Last night (actually it was 4 a.m.), the 36-year-old outspoken artist received some new, meaningful tattoo. His wife, Kim Kardashian, documented his new ink on Instagram. 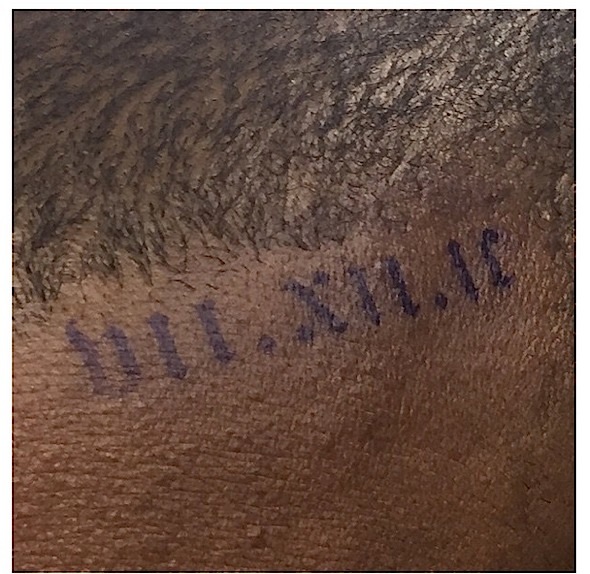 Apparently, he wanted to get a tattoo on his face, but opted for his wrists (after being coerced by Kim to leave the ink off of his face). 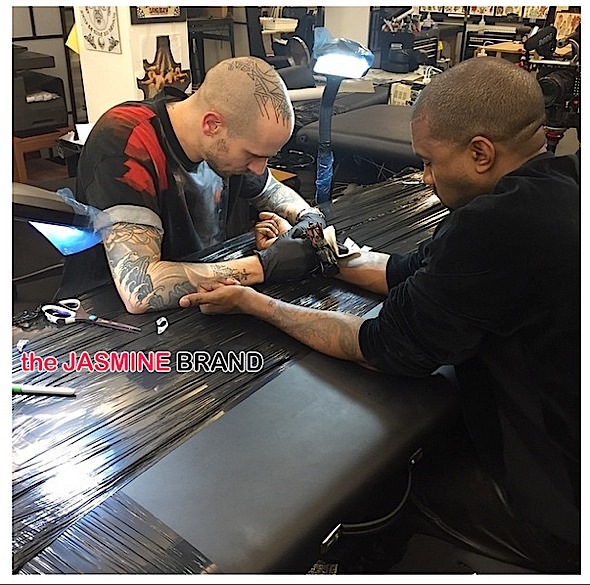 His new wrist tatts of are his late mother’s birthdate and their daughter North’s birthdate in Roman numerals. 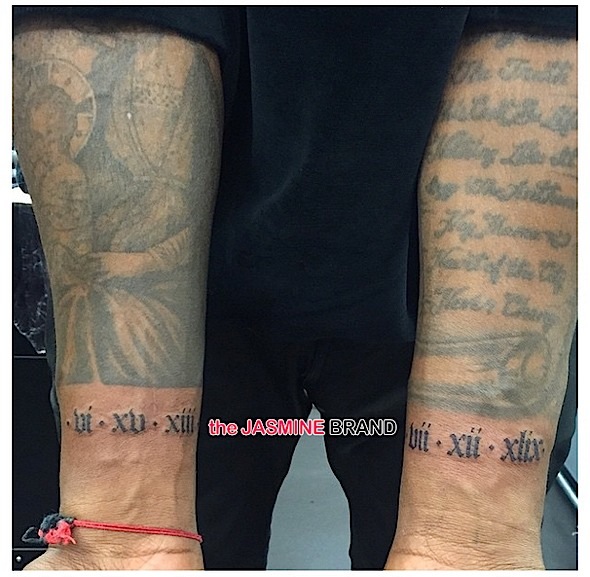 [SEE PHOTOS OF WIZ’S BELATED BIRTHDAY PARTY ON THE NEXT PAGE.] 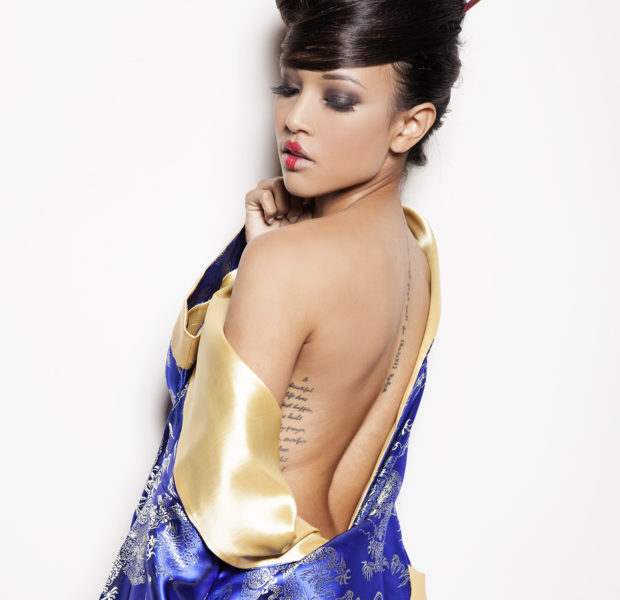 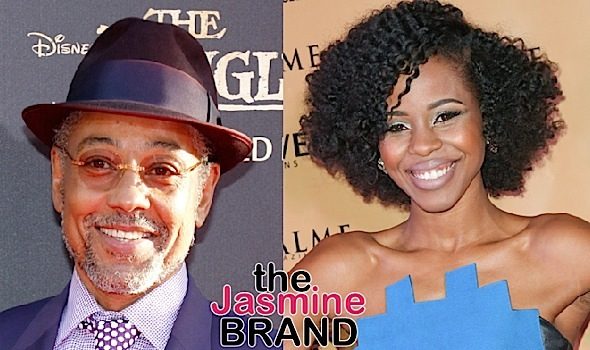 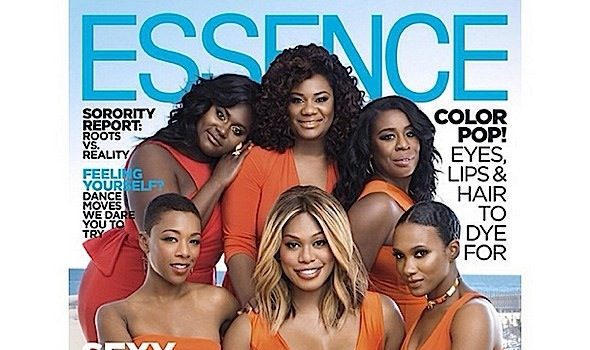