Bill Cosby’s wife responded minimally to some questions she was asked over a lawsuit that seven women brought against the comedian, at one point telling a lawyer she had “no opinion” on whether Cosby’s admission to the alleged procurement of Quaaludes for women he wanted to have sex with violated their marriage vows, according to CNN. The site reports,

Camille Cosby’s February deposition in the Massachusetts lawsuit was unsealed Friday by U.S. Magistrate Judge David Hennessy. Though multiple pages appear to be missing, the couple’s vows and their 52-year marriage were at the center of the deposition.
New details of the marriage emerged in the deposition, including that the two were married on a basketball court because their church was under repair.

The plaintiffs in the defamation suit against the comedian have publicly accused Cosby of sexual misconduct and claim that he has publicly defamed them when he responded to their allegations.

Cosby has denied he sexually assaulted any women.

When Camille Cosby was deposed, an attorney for the women brought up Bill Cosby’s 2005 deposition in a separate case in which he admitted to giving sedatives to women he was planning to have sex with and that he tried to hide affairs from his wife. He also asked about their wedding vows.

“You would agree with me that obtaining Quaaludes to have sex with young women is a breach or violation of those vows that you had just told us about?” attorney Joseph Cammarata asked.

Camille Cosby replied, “I have no opinion of that.”

“Why not?” asked Cammarata.

In the text of the deposition, Camille Cosby, 72, said she had not read the deposition her husband gave in 2005, until Cammarata handed her a copy and read out several sections.
Cosby sexual assault case can proceed, judge rules. The previously sealed but now viewable deposition is part of the several documents Judge Hennessy unsealed Friday. The 2005 deposition pertains to a separate suit in which a woman named Andrea Constand accused Cosby of sexual assault in Pennsylvania.

“We had sex and we had dinners and sex and rendezvous,” Bill Cosby said in the deposition on the Constand case. Constand, a former Temple University employee, initially pursued separate civil action against Cosby, which was settled in 2006.

Cosby was charged on December 30 in Montgomery County, Pennsylvania, with aggravated indecent assault against Constand. He was released on $1 million bail.

In Camille Cosby’s deposition, she’s also asked about the highly publicized affair Bill Cosby admitted to having with Shawn Thompson, whose daughter Autumn Jackson claimed Bill Cosby was her father and was at the center of a 1997 extortion case.

“You didn’t give Mr. Cosby permission to have an extramarital affair with Shawn Thompson, did you?” Cammarata asks.

Monique Pressley, an attorney for Camille Cosby, told her client not to answer the question, saying that she is protected from answering by marital privilege laws.

Cammarata then followed up: “You would agree that Mr. Cosby having an extramarital affair with Jackson’s mother, Shawn Thompson, was deceitful?”
Camille Cosby was, again, instructed not to answer.

As previously reported, the suit was brought by Tamara Green, Barbara Bowman, Joan Tarshis, Angela Leslie, Louisa Moritz, Therese Serignese and Linda Joy Traitz — who all accuse Cosby of defaming them after they spoke publicly. Cosby has denied the sexual assaults. [CNN] 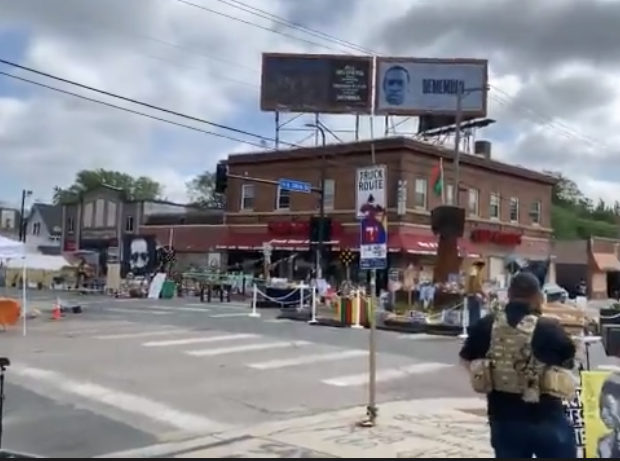