Blac Chyna & Soulja Boy‘s relationship seems to be on the up and up. Just on Wednesday, the two were spotted in photos from Grammy weekend and Soulja named the pair DrakoChyna. 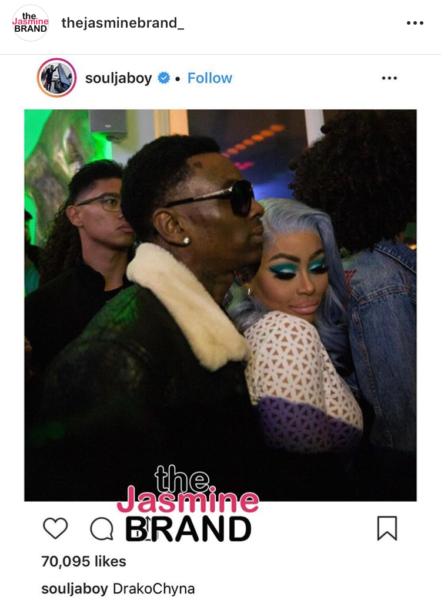 Their relationship seems to be something serious, as Soulja has alluded to being in a relationship with the mother of two within two different tweets. The day before Valentine’s Day, Soulja shared:

In love…Ain’t sh*t wrong with being all about yo girl, Fu*k these hoes

Soulja has also retweeted several press clippings about the two being in a relationship together. On Valentine’s Day, Soulja shared an image of Chyna riding passenger to his Rolls Royce. He tagged the image, 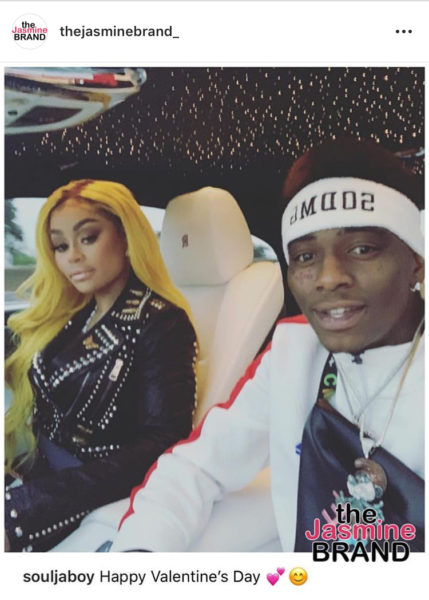 Chyna has not confirmed or denied this seemingly budding relationship.

She was previously linked to Kid Buu. While Soulja still has Tiona Fernan’s Instagram handle in his bio. 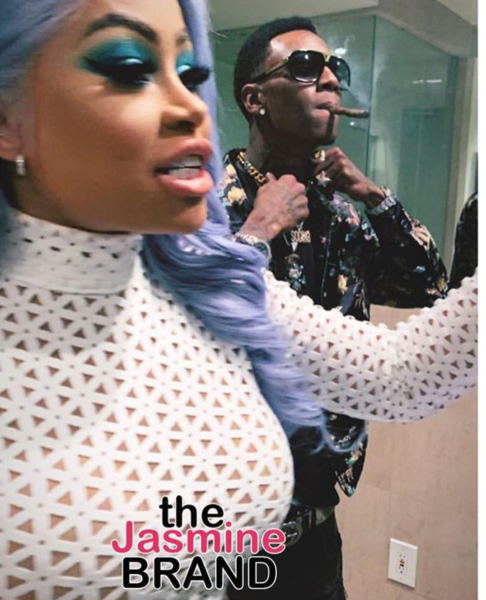 Chyna has yet to confirm the forming romance.