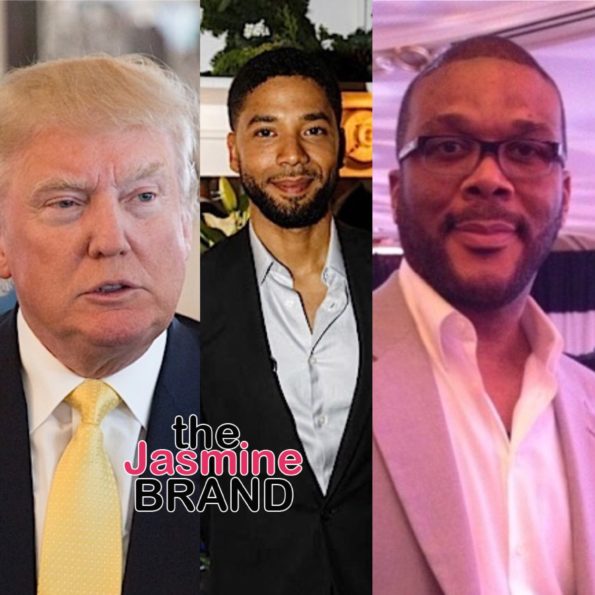 As details surrounding Jussie Smollett emerge, notable celebrities are drawing their own critiques and conclusions surrounding the actor being charged with disorderly conduct for allegedly filing a false police report.

Tyler Perry gave a measured response to the news via an Instagram post. He’s contrasting Smollett’s widespread media attention to the possible media attention two missing persons could be receiving instead. His post read:

How I wish that the disappearance of Terrance Williams and Felipe Santos could get half as much attention as this Jussie Smollett thing. I have personally spoken to Jussie, and he is adamant that he’s telling the truth. Also, everyone that I know who knows him says that he is not the kind of person who would make up such a horrible and awful thing. Yet the evidence seems to state otherwise. I’m lost for words. To stoke fears and raise racial tensions is wrong in every situation on ALL SIDES! Yet my prayers are still with him and his family and our Nation. CAN WE PLEASE STOP THE HATE! 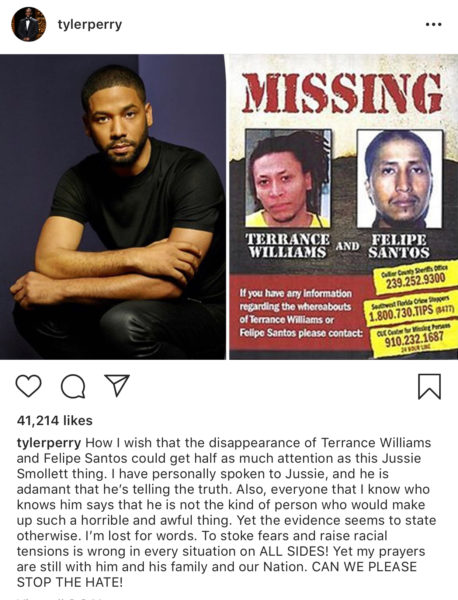 Outside of Perry, President Donald Trump had something to say, too. Throughout Trump’s presidency, Smollett has made it publicly known his disfavor for 45, he even mentioned it during his interview with Robin Roberts on “Good Morning America.” Trump spoke on the recent conclusions of the investigation via Twitter Thursday:

@JussieSmollett – what about MAGA and the tens of millions of people you insulted with your racist and dangerous comments!? #MAGA 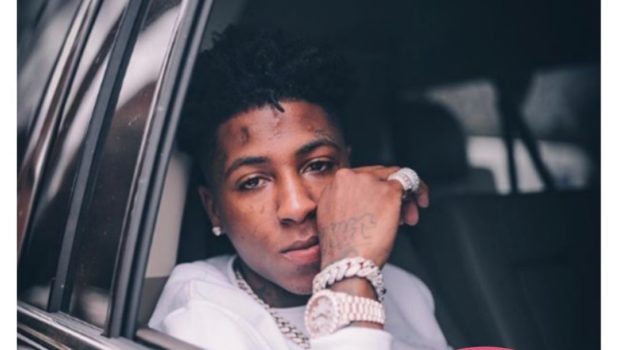 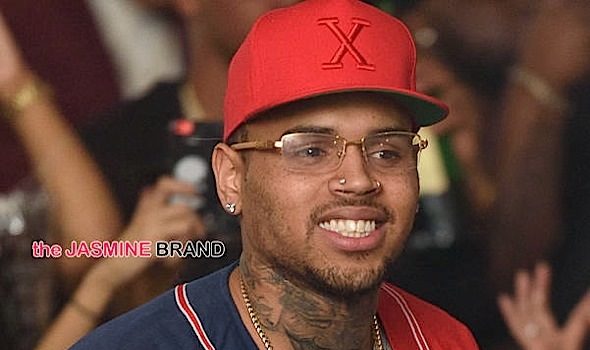 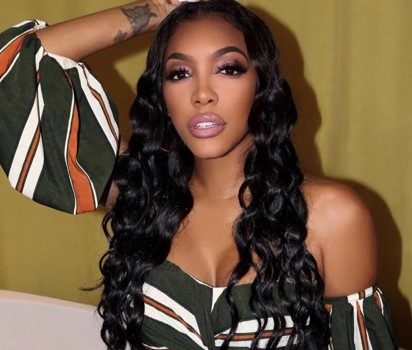