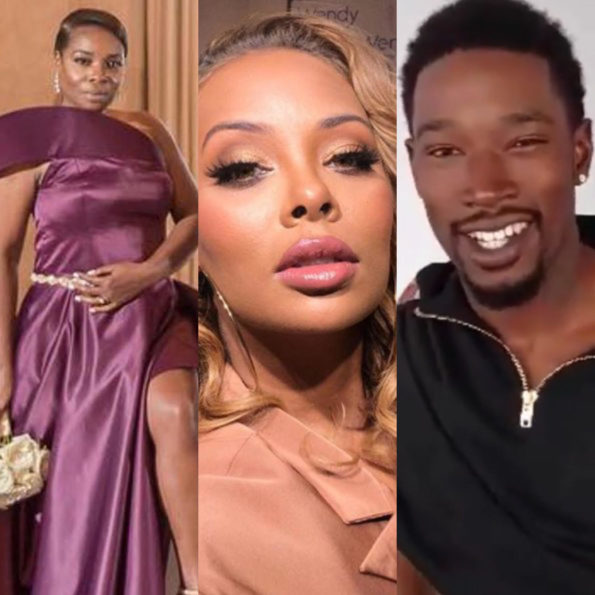 There’s never a dull moment in the life of a diva. Drama came to one of Eva Marcille‘s many doorsteps on last night’s (3/24/19) episode of “Real Housewives of Atlanta.” After being accused of enduring “financial hardships,” and “living in a shack,” she revealed why she, her husband Michael Sterling, and their children move homes so often. She alleged that she’s had to file multiple restraining orders against her daughter Marley‘s father – former Chris Brown collaborator, Kevin McCall. After past domestic violence incidents, Eva says that Kevin is constantly looking for where she lives. She said:

“Every time I move, he finds me. Because of that, I live in multiple places. Safety is a priority for me…I still feel a sense of threat. I have had to move five times, and I still feel a sense of uneasiness. He’s just so petty sometimes. I’ve walked outside of my balcony before and he’s been standing in the dark. And it is the scariest feeling ever.”

Eva & Michael Reveal The Security Measures They Have To Take ??? #RHOA

However, Kevin took to social media to defend himself. He claims that Eva is milking their previous issues for a peachy storyline, and that she’s done her fair share of stalking, as well. 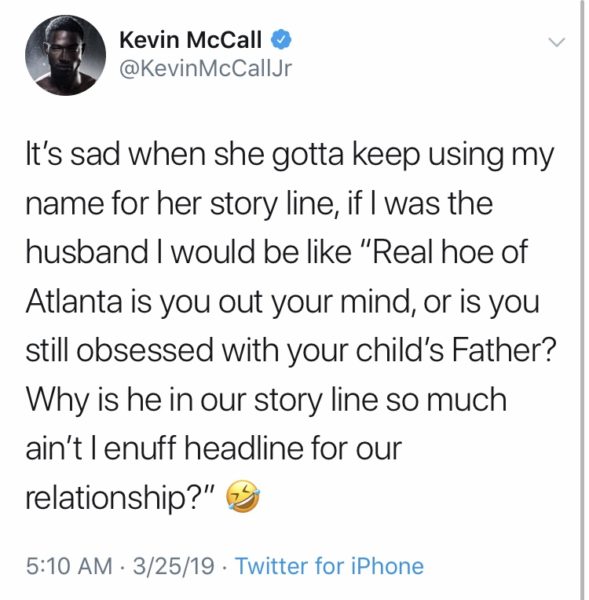 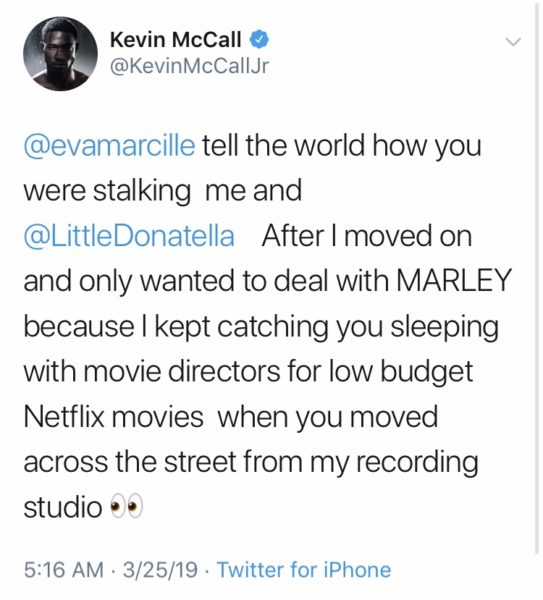 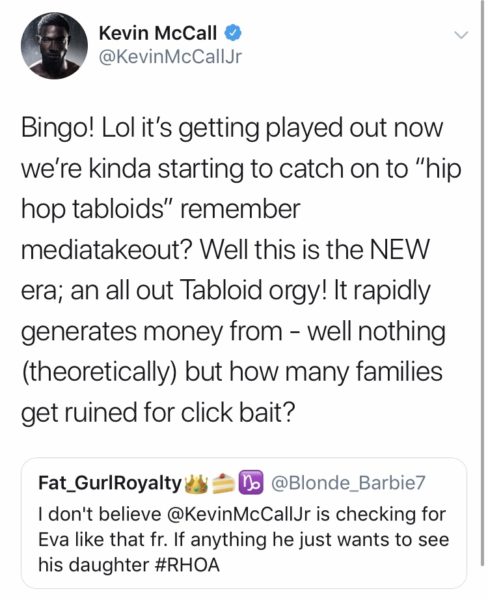 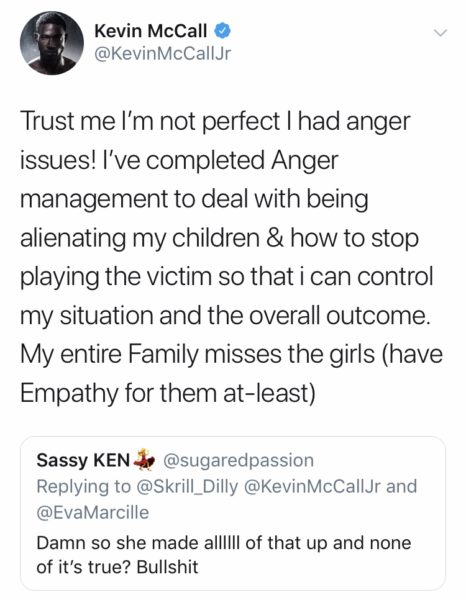 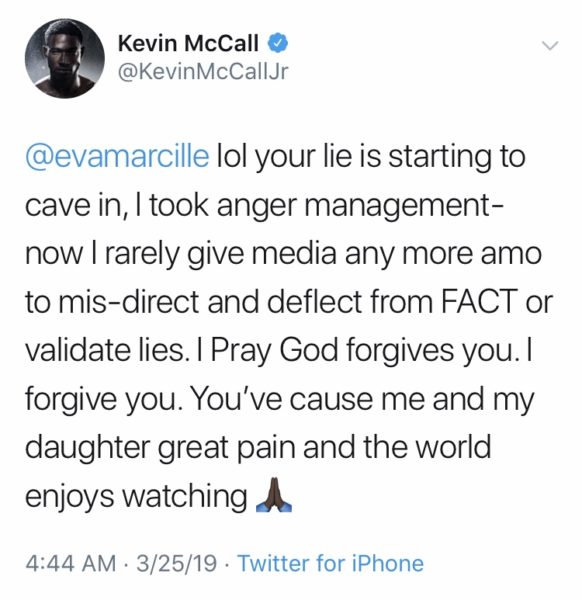 On top of Eva’s baby daddy drama, the episode revealed that immediately after she and Mike’s lavish wedding, Eva fell out with her bestie – bridesmaid, Seannita Palmer. She reportedly called RHOA regular Marlo Hampton to spill false tea on Eva’s financial issues and sexuality.

Eva’s cousin – Tamar Braxton‘s hair stylist, Terrell Mullin – blasted Seannita’s alleged fraudulent behavior on Instagram. He pointed her out in a picture of Eva’s wedding party with the following caption:

“For all those that wondering. This is the BUM B*tch that decide to trash my cuzzo @evamarcille after sleeping on her couch in Los Angeles for two f*cking years for FREE ….. Lady’s and Gentlemen @seannita !!! I never cared for her a**!! Told my cousin years ago! #ShesDefinitelyCatchingHands #WeAreFromTheStreets”

Seannita unloaded her own receipts with a clap back to Terrell. She says that the house Eva presented as her own this season actually belongs to her:

“Slept in the 3td bedroom to help was to take care of her daughter everyone knows that.. while it was at her house remember I own a 7 rm. 5 bedroom house with an Elevator she used to film RHOA in and also the house her and her husband lived in was rented by my family as well no who’s the Bum!!! Ohh by the way did she tell you about the utilities that are not paid as of yet.. how they ran up bills in a senior citizen name haven’t paid them.. family is filing suit in the morning … Now that’s a Bum” 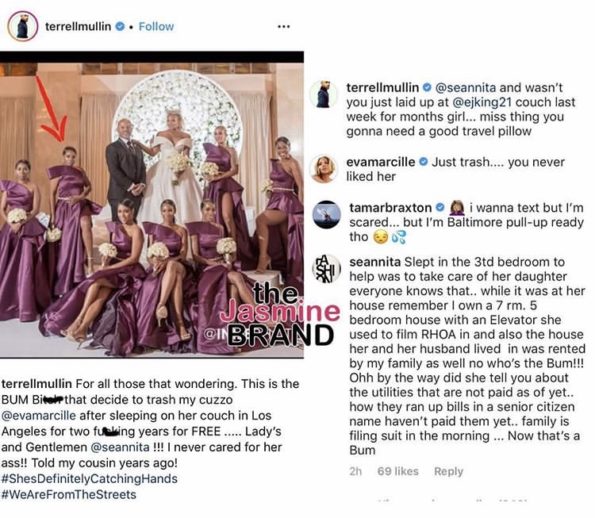 Eva shared Terrell’s post on her Instagram Story, reiterating that Seannita is the culprit who spoke with Marlo. She also issued a subliminal message. 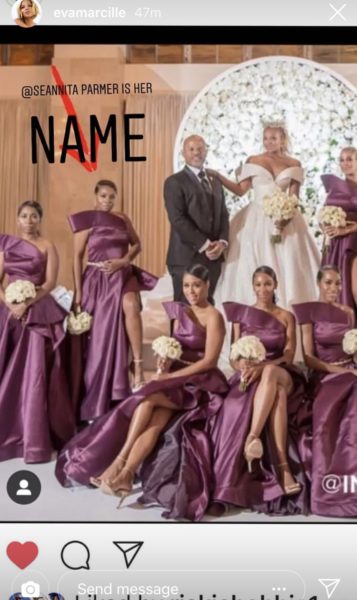 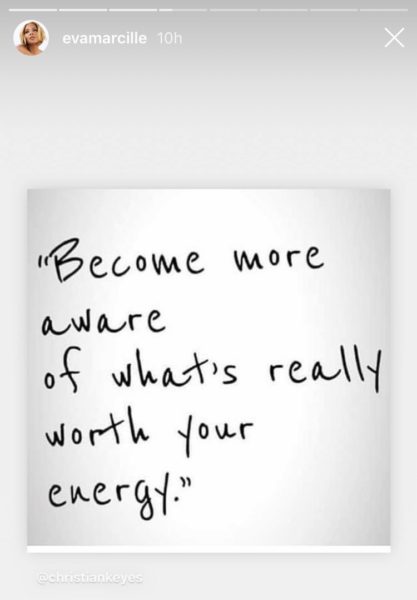 Does she just happen to have coincidental drama, or is Eva Marcille the real perpetrator? Let us know in the comments.

Orlando Brown Pissed Raven-Symone Axed Him From Reboot: The fans want all of us!