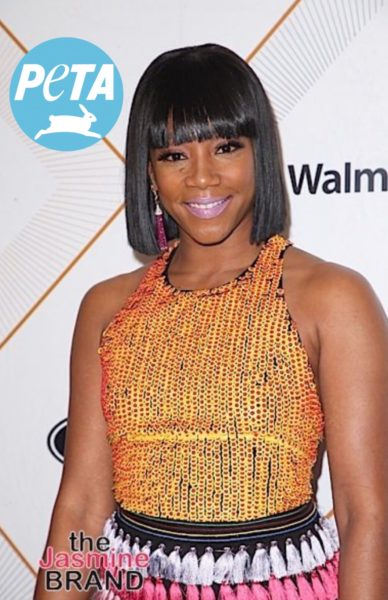 Comedienne and actress Tiffany Haddish is never one to shy away from telling a good and juicy story. In her latest tale, she opened up about an unforgettable Uber ride. During a recent Haddish said she and her friends were out in Miami and celebrating her recent wins. She was also in the city to do a stand-up comedy show that ended going terribly wrong.

And celebrate she did. She said she ended up filling her night with dancing and drinks.

“I drank more than I’ve ever drank in my entire life. My kidneys fell out. I’m pretty sure my Uber rating dropped a little clow, ’cause I pooped on myself a little bit in the Uber. It was bad! It was bad.”

She said she paid for it the next morning.

“I definitely woke up dead. I was hurting really bad and they were like: ‘Come on, Tiff, you gotta make a video to let everybody know where you gonna be.'”

She said when she was getting ready for her next show, she didn’t even know where to go.

“I couldn’t remember the name of the venue. The wind was blowing in my face. I couldn’t open my eyes. When I get to the theater, I’m backstage and it was like they was getting me ready for my funeral. And I go onstage, I’m like, ‘Hey everybody!’ And all these cellphone camera lights came up. And I looked out, and people was cheering and I was looking at everybody and I saw the lights, and my soul just left my body.”

She went on to blame Miami for her experience.

“That’s where the devil is, and he was trying to snatch my soul out my body that day.”

She later made headlines for having a bad show. 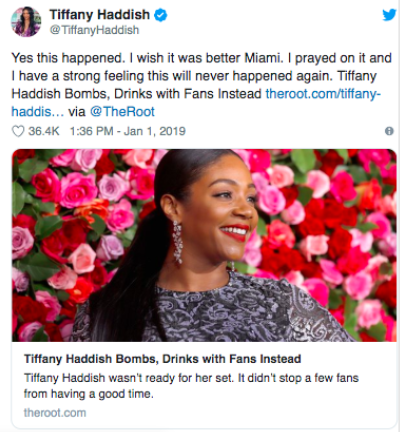 She said that she would be doing another show in Miami this summer to make up for the New Year’s Eve debacle.

“Anyone who has a ticket from New Year’s Eve from that night, they can get in for free if they present the ticket, and if they don’t have the ticket, they can pay — it’s gonna be like $20. And then all the money that we do get from that show, I’m gonna donate to the Department of Children Services.” 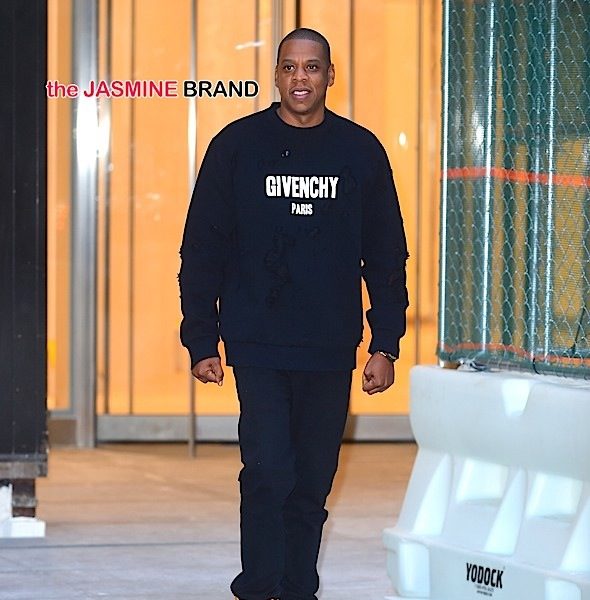 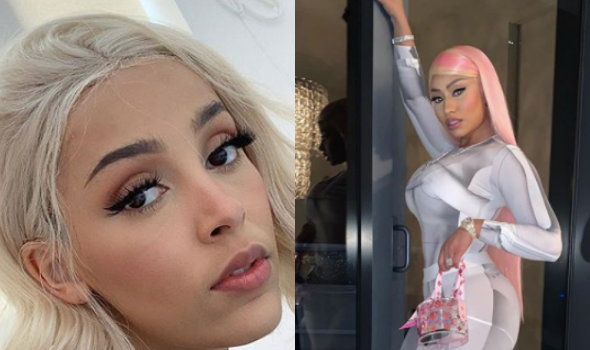 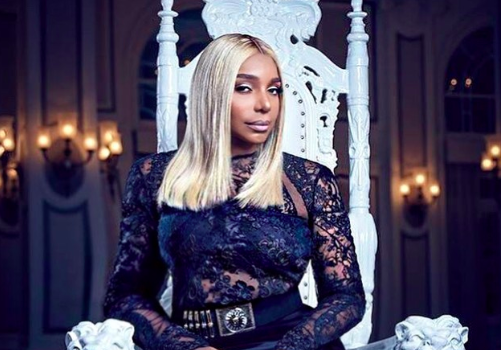