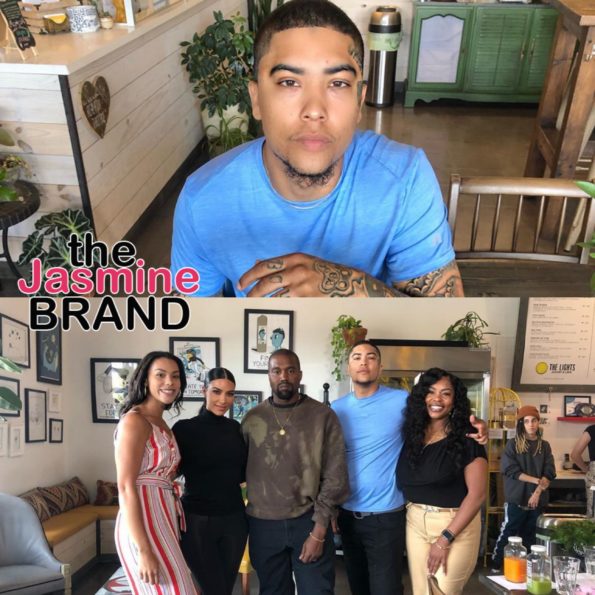 Aspiring lawyer Kim Kardashian continues her aspirations with helping those in need. On Wednesday, twin sister to former inmate Paul Algarin, Azaria, shared her family’s meeting with the person responsible with the release of her twin brother. Just 48 hours post Met Gala, Kim and Hubby Kanye West jetted to Charlotte, North Carolina to meet Paul to remove his face tattoos. His twin sister, Azaria writes about their meeting. She says,

Recently my brother was released from central prison where he served an accumulation of 7 years. Throughout my brothers time in prison he shared his dreams, aspirations, and goals with me- I always thought some were unrealistic & silly.?” 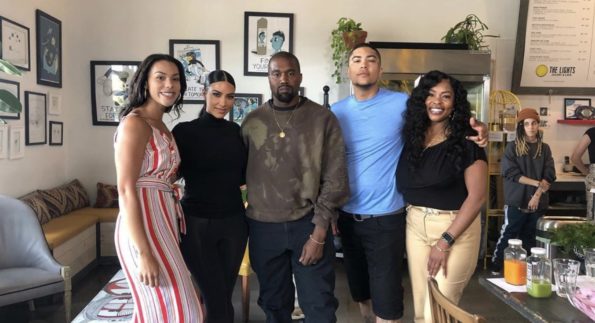 Paul was released out of Central Prison in North Carolina on April 19 after serving 7 years, but while he was incarcerated he asked his twin sister for Kim’s address so he could send her a letter after hearing of the prison reform work she’s been doing. Azaria continues,

“He asked me for Kim’s address so he could send her a letter & I rolled my eyes & never sent I,” Azaria added. “Eventually my mom sent it to him so he would stop harassing us.”

Fast forward to yesterday. Kim flew in to CLT with her doctor to have lunch with us & start the procedure of removing my brothers face tattoos. Never in a million years did I think Kim would write him back (or even read his letter), fly in right after the met gala (not to mention her 4th baby is due at any minute), invest in our family & laugh / relate to us over the smallest things.” 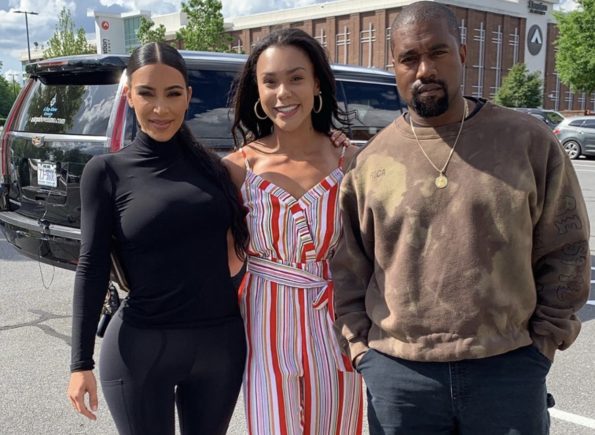 Azaria adds how special her meeting with Kim and Kanye was and she will hold this moment closer to her forever.

“I’m so proud of my brother for taking steps in the right direction. Our relationship hasn’t been the easiest. I pushed him away for years out of hurt for his absence, but yesterday was all the feels. I felt like we were children again & that he wasn’t gone for the last 7 years. Such a special day that I will forever cherish.”

Paul, Kim and Kanye along with her tattoo removal team, took a photo post facial tattoo procedure. In the photo, you can spot Paul wearing a bandage on left side of his head covering his scars. 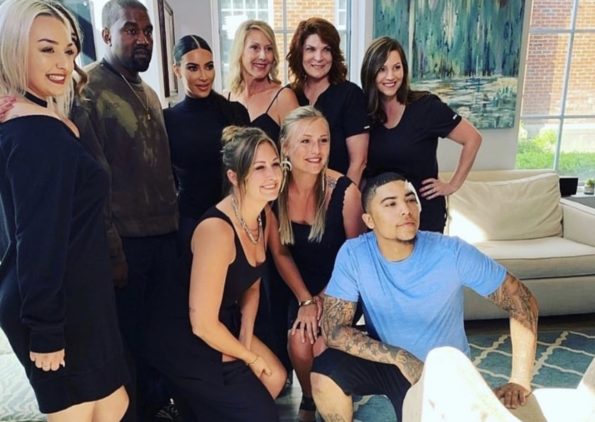 Check out a few photos of KimYe making their way to North Carolina below: 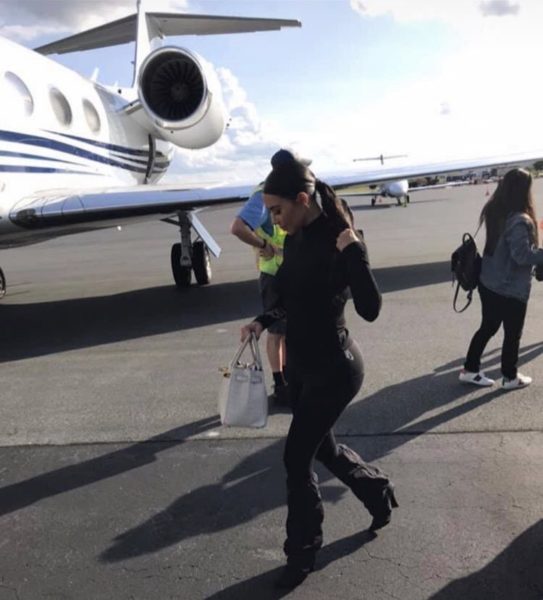 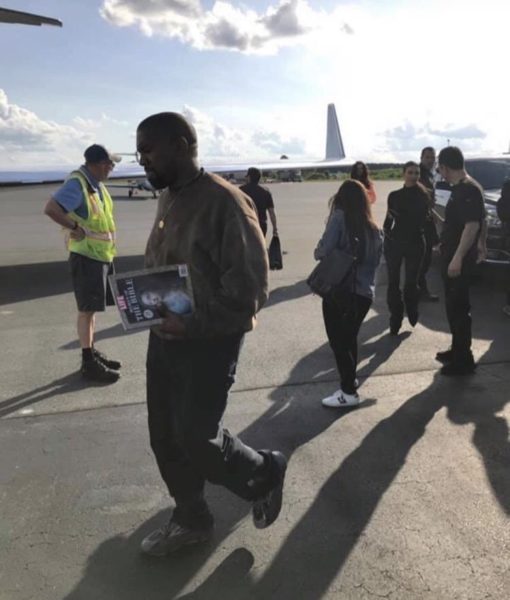 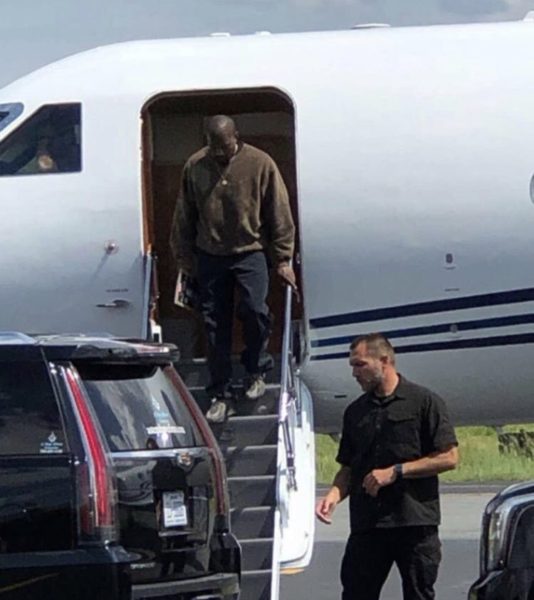 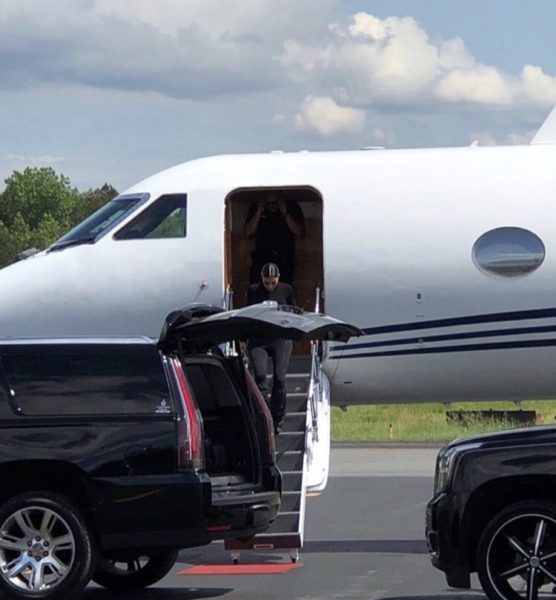 As  previously reported, the Keeping Up With The Kardashian’s reality star landed a new 2-hour documentary with Oxygen that will capture Kardashian’s efforts to secure freedom for Americans who she believes have been wronged by the justice system. The Oxygen docs has been given the titled “Kim Kardashian: The Justice Project” (working title), will show never before seen look inside her mission to tackle one of America’s most controversial subjects.