The second season of Spike Lee’s highly-anticipated Netflix adaptation of his 1986 debut film, She’s Gotta Have It, finally dropped on the streaming service after an 18-month hiatus on May 24th.

As fans continue to dig into the life of Brooklynite Nola Darling and her friends, one scene has some Black Brits in an uproar, including British actor John Boyega.

One of the things about legendary, Academy Award-winning director Spike Lee that has kept fans intrigued for over 30 years is his unapologetic approach to filmmaking. His classic films are all told from a passionate and in-your-face place—something that continues with his current Netflix series She’s Gotta Have It, which recently debuted its second season.

However, some Black Brits are voicing their displeasure with a particular scene in the series where Nola Darling (played by DeWanda Wise) is having a conversation with fellow artist and potential new suitor Olu (played by Michael Luwoye) regarding Black British actors taking roles from Black American actors. If you’ll recall this is the exact same complaint that Samuel L. Jackson had not too long ago—Jackson is a longtime friend and collaborator of Lee, so it’s unsurprising that this issue pops up in the series.

can someone please explain what I’m the black british fuck is happening in this dialogue please? #ShesGottaHaveIt2 pic.twitter.com/DnW3G8mm6I

The character Olu tells Nola that Black British actors are better suited for certain roles because they don’t carry the burden of Black American history that Black Americans do. This leads Nola to explain to him why Black Brits aren’t “unburdened” at all.

The scene went viral, sparking some online backlash from fellow Black Brits who objected to the accuracy and authenticity of the scene, including actor John Boyega who called the scene “trash.” Although, Boyega himself received just as much backlash for his criticisms of Lee. 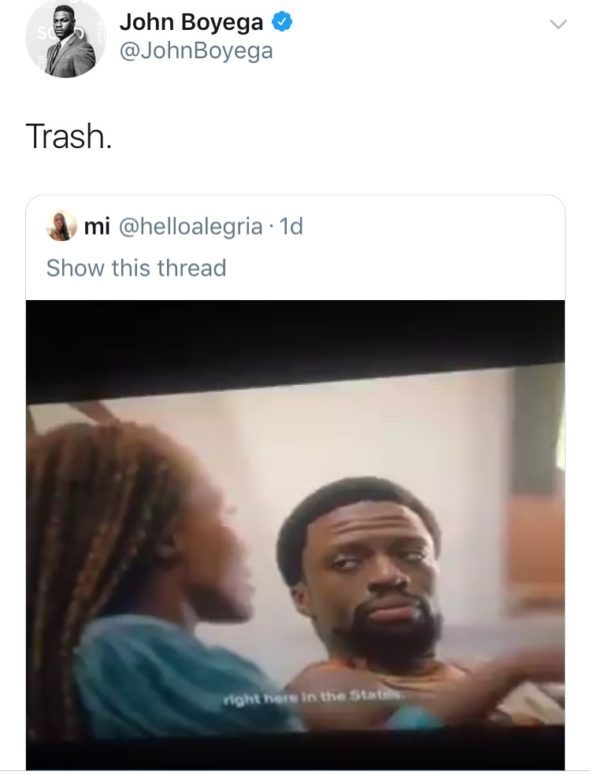 You can check out some of the tweets BELOW: 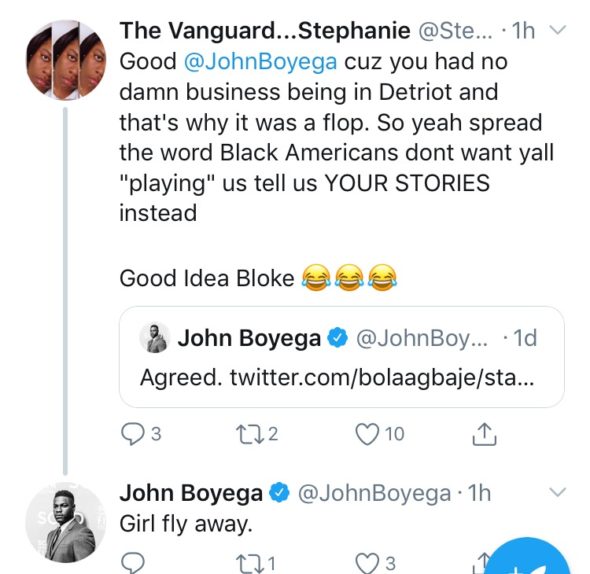 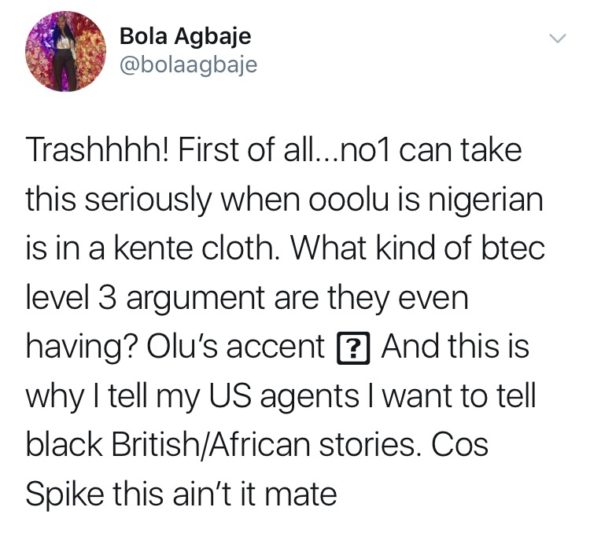 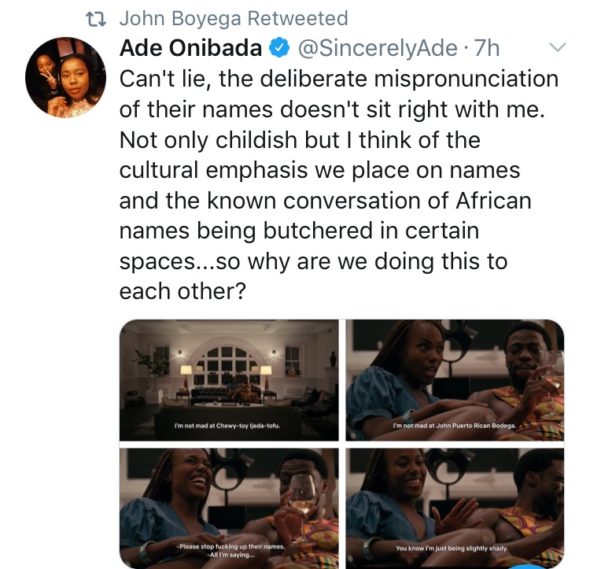 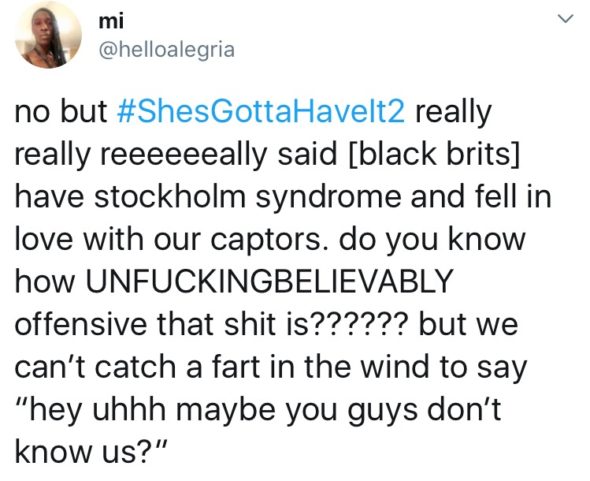 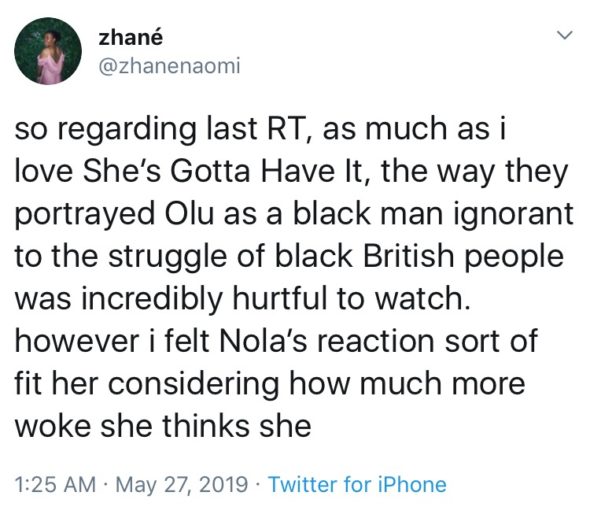 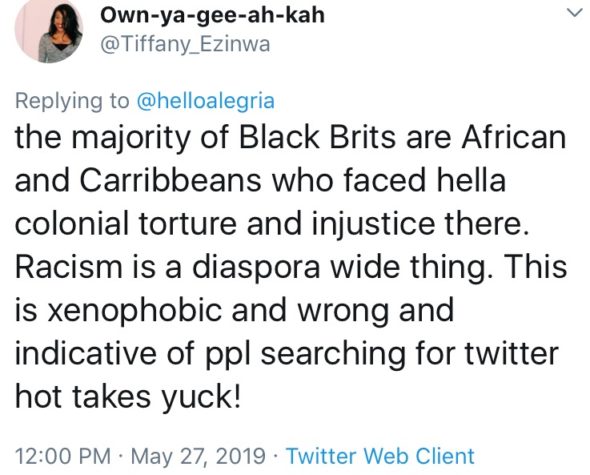 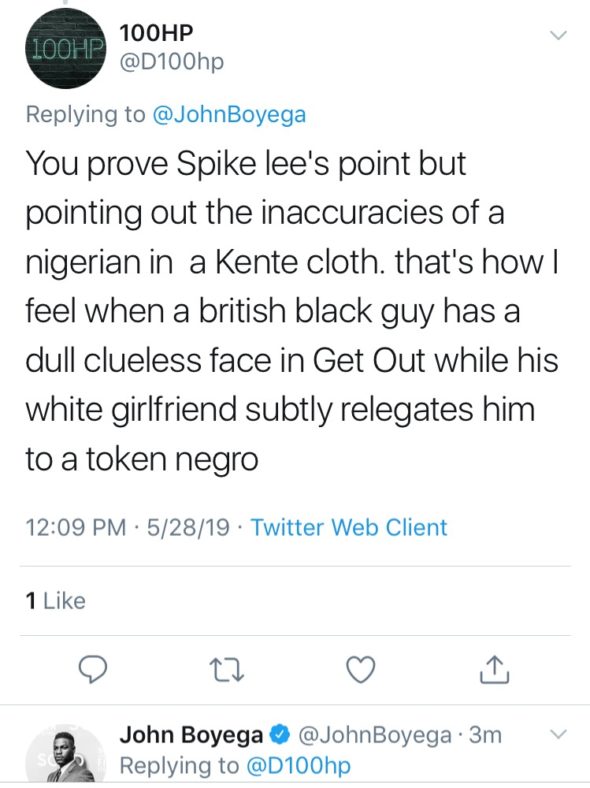 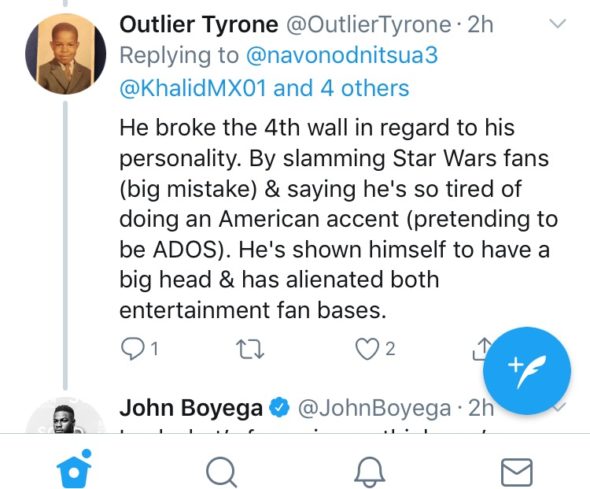 What do you think of John Boyega’s remark? Let us know in the comments!