Fans of Nicki Minaj — famously known as the Barbz — immediately came through for their queen on Twitter after the 36-year-old, born Onika Maraj, posted on IG celebrating the 12th anniversary of her debut mixtape while criticizing some media outlets and female rappers who don’t credit her as inspiration.

The hashtag: #WeStandWithNicki began trending in the United States at No. 5 on the social media website. Here are just some of the tweets. 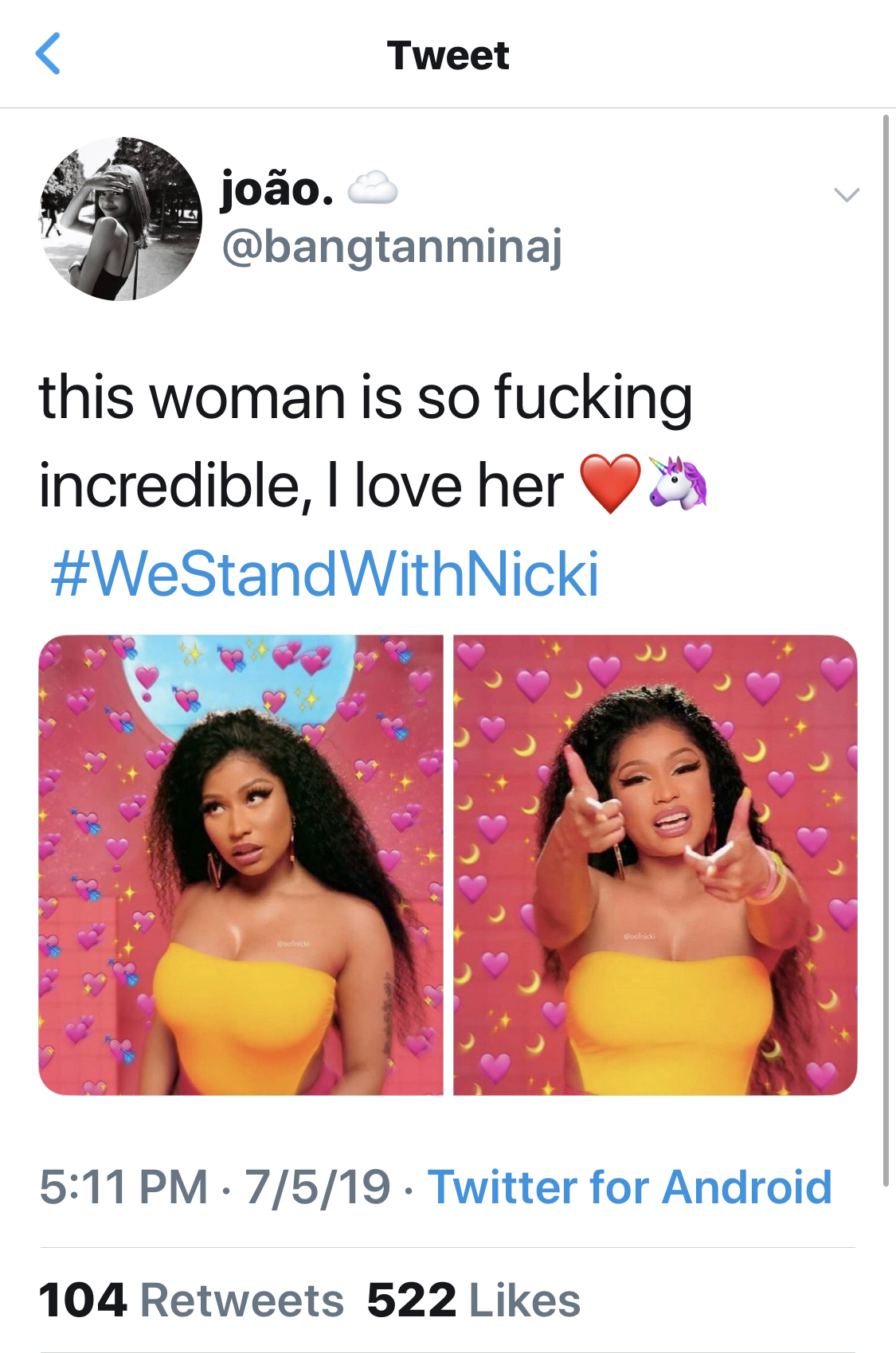 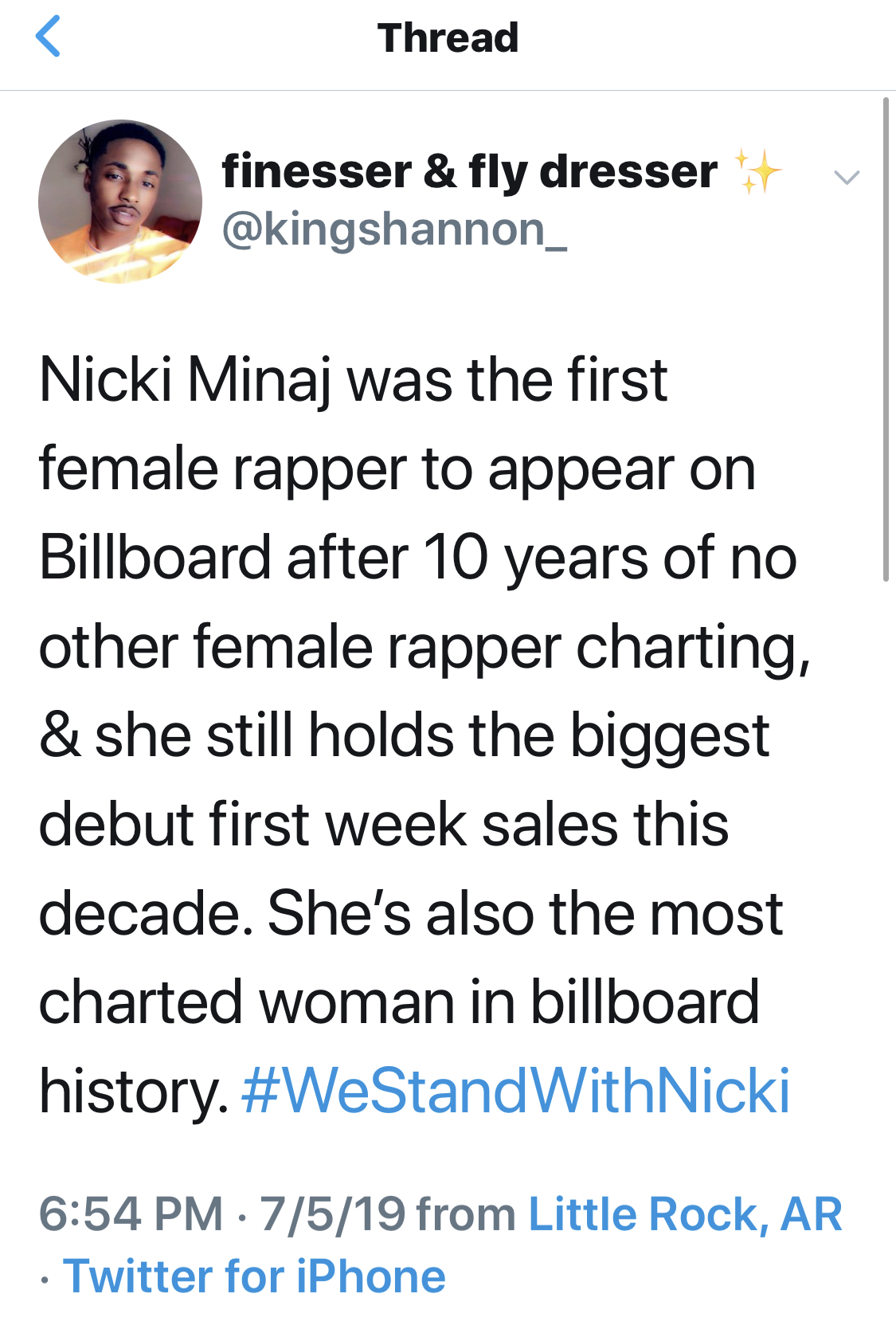 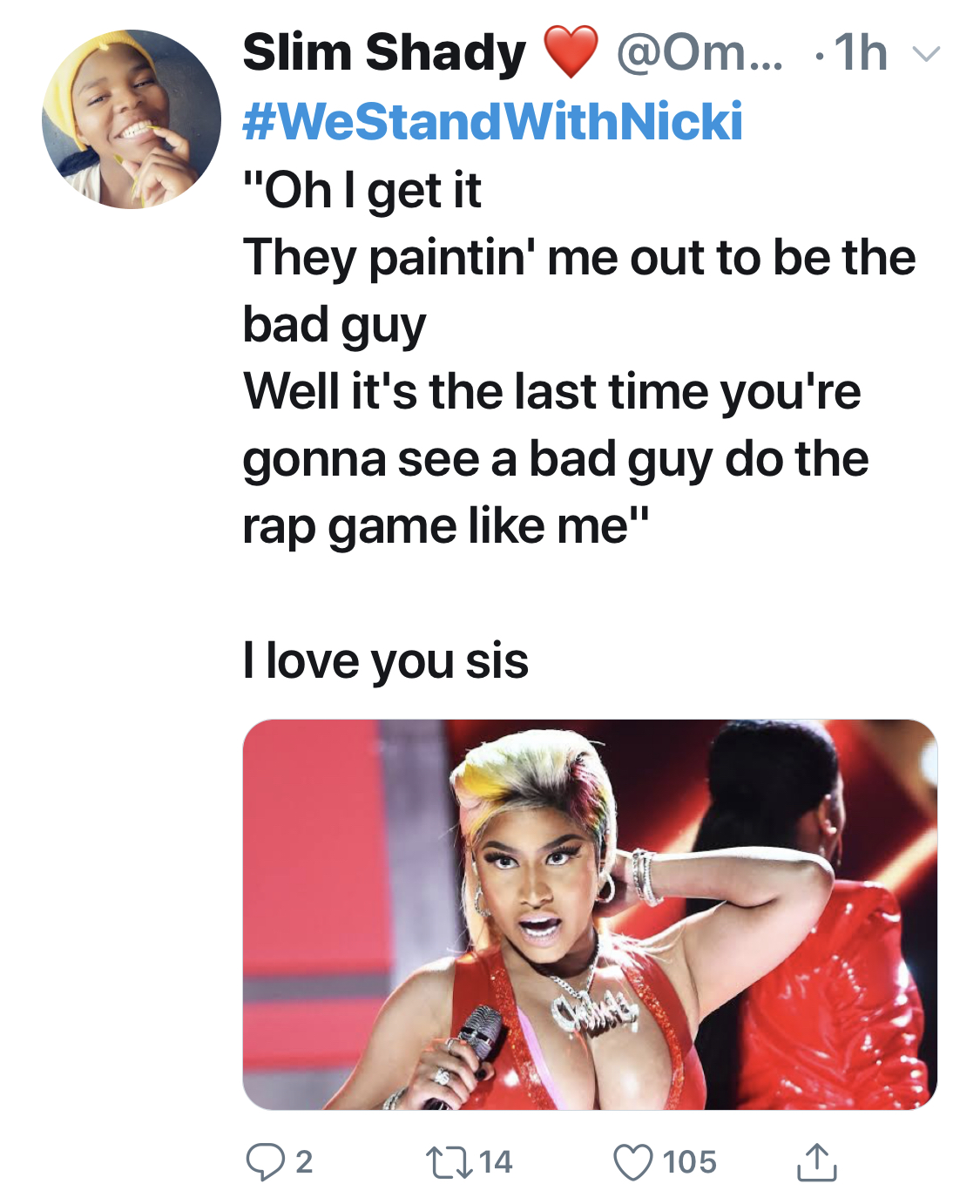 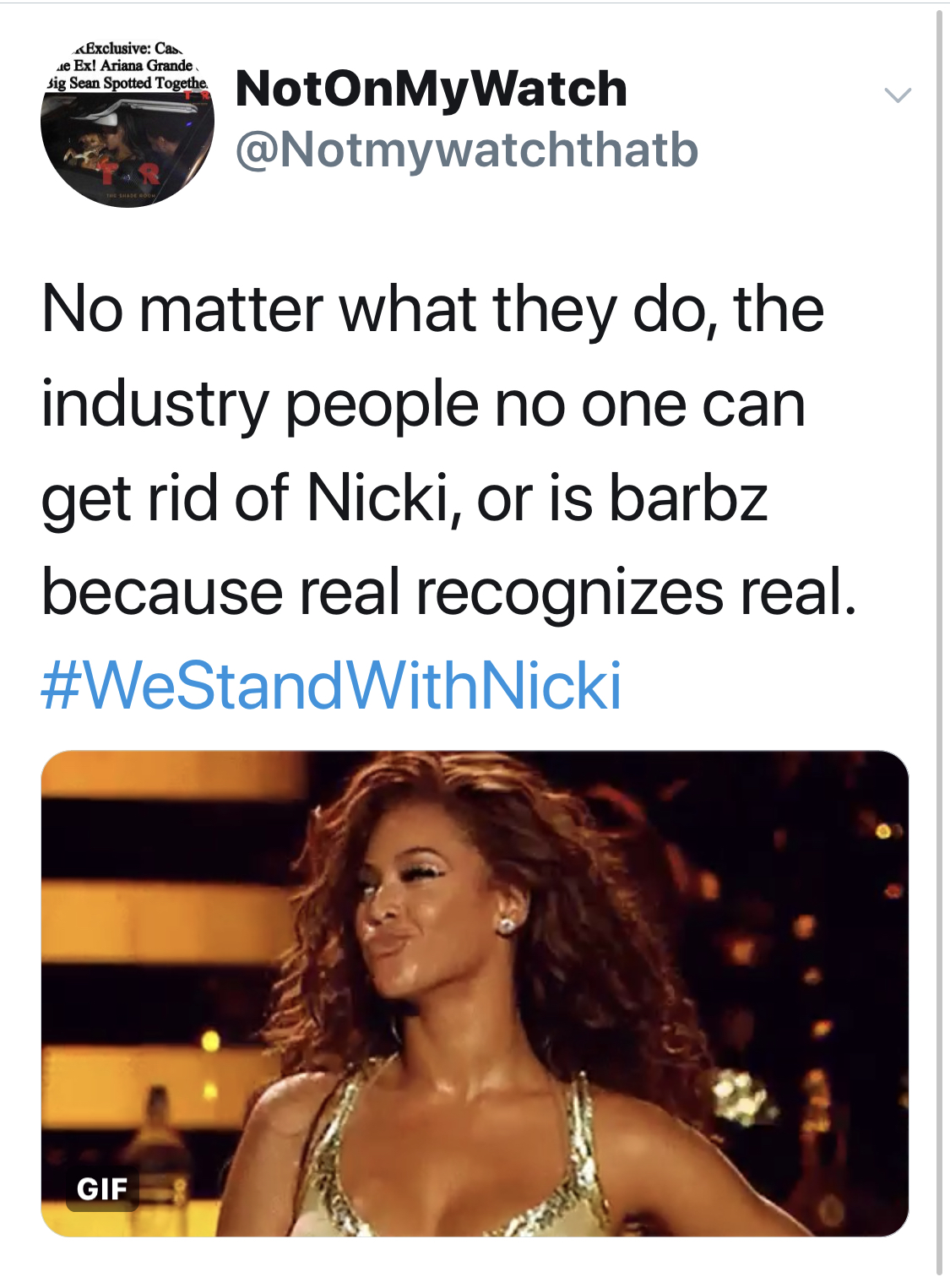 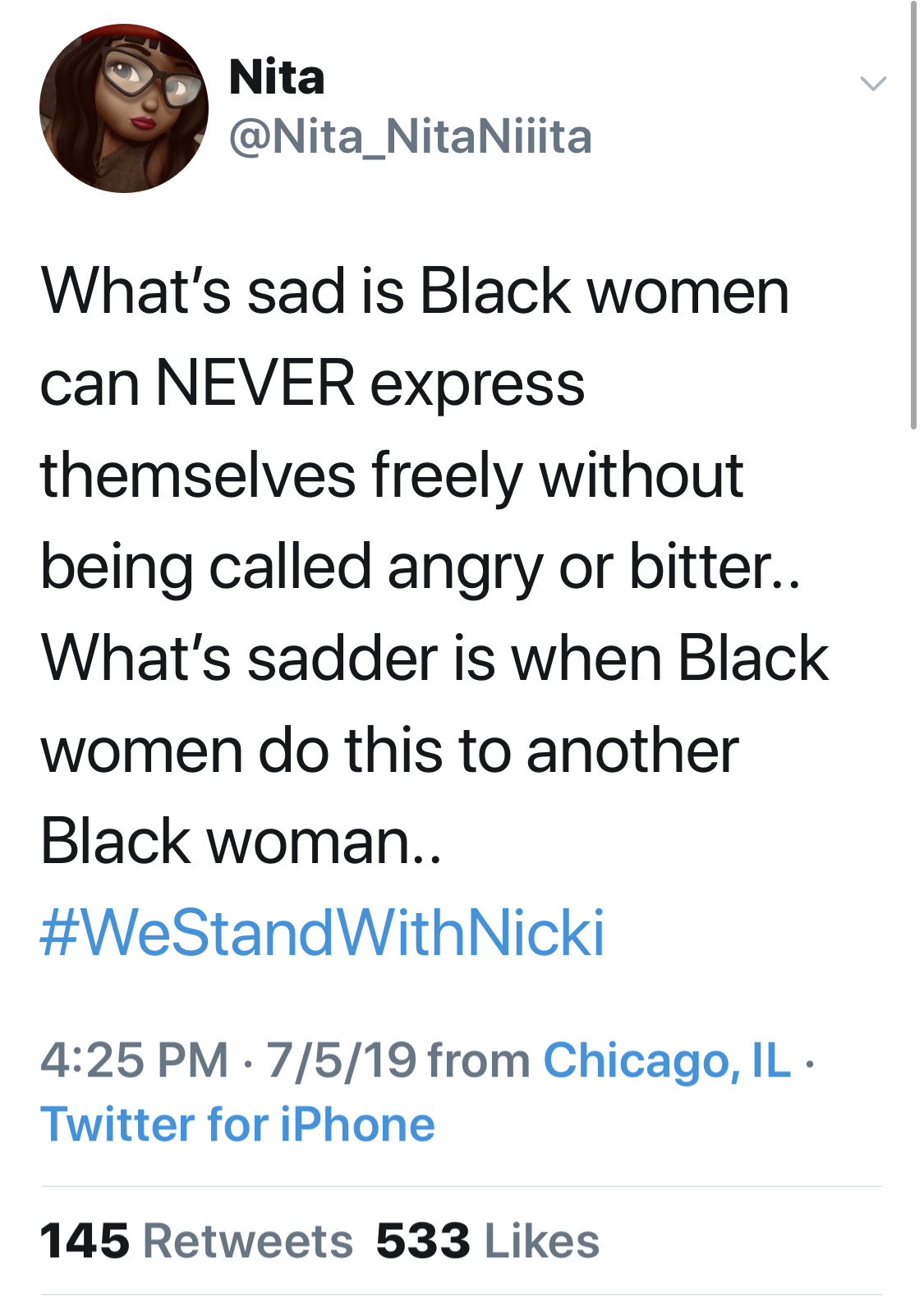 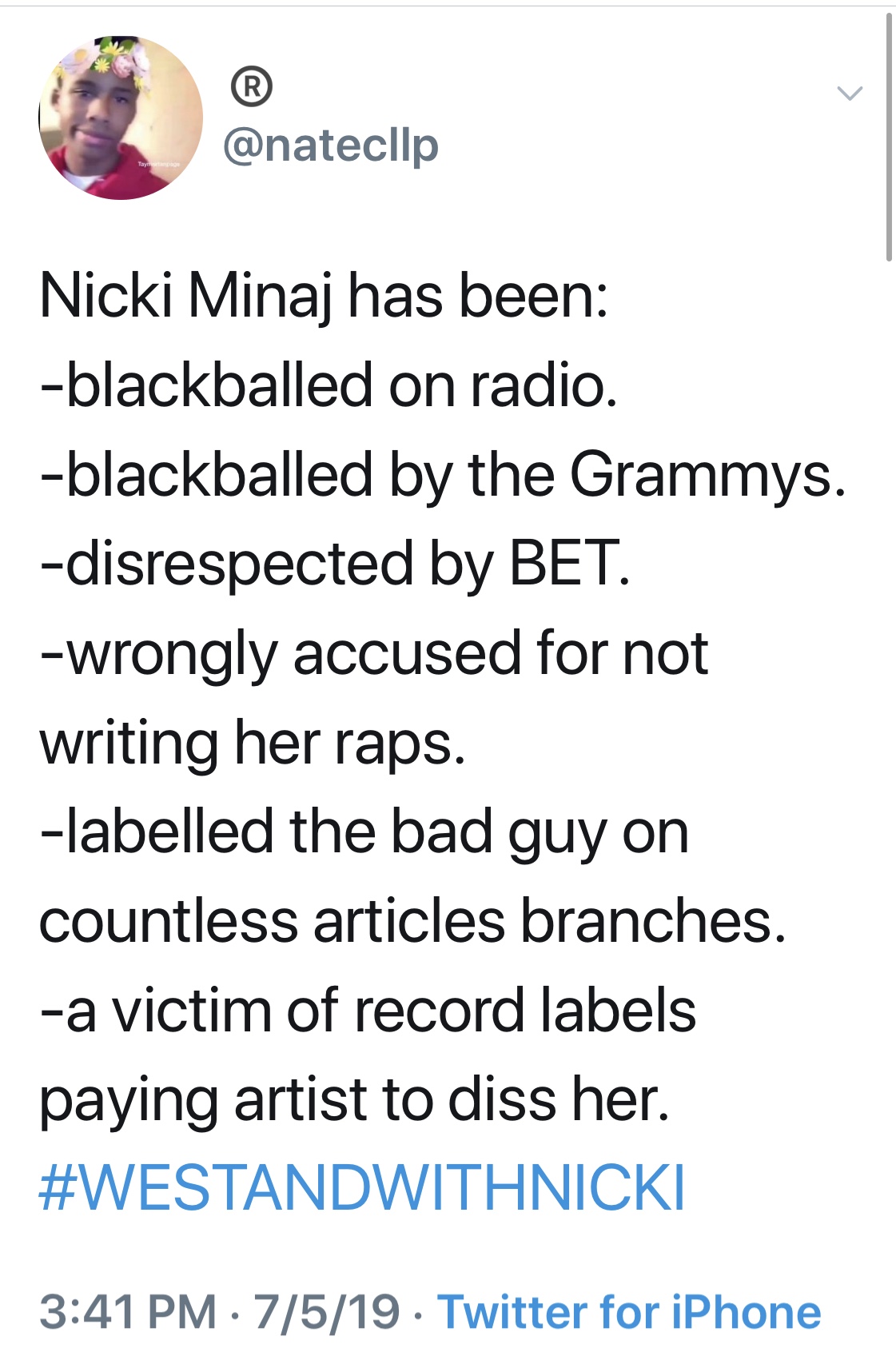 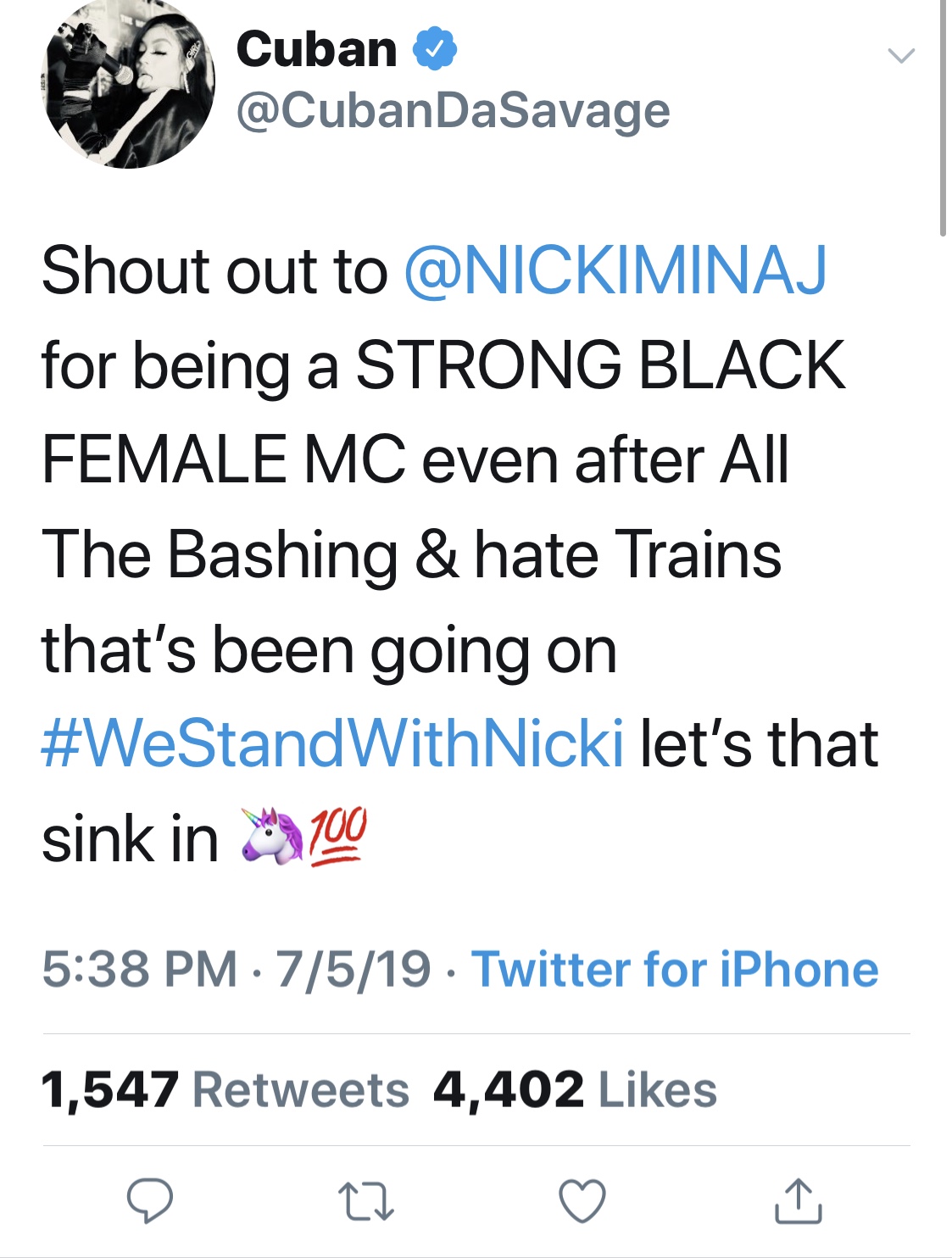 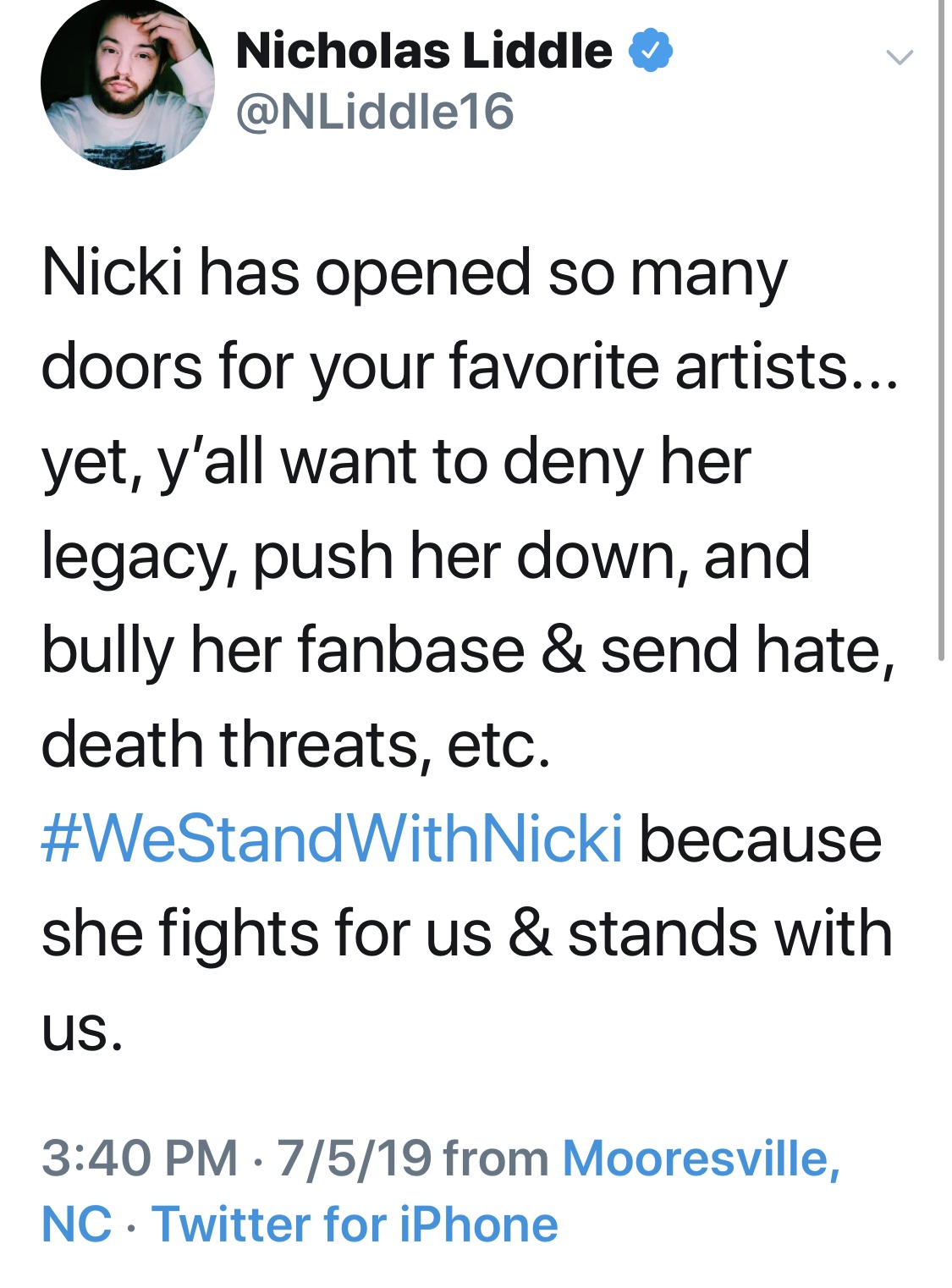 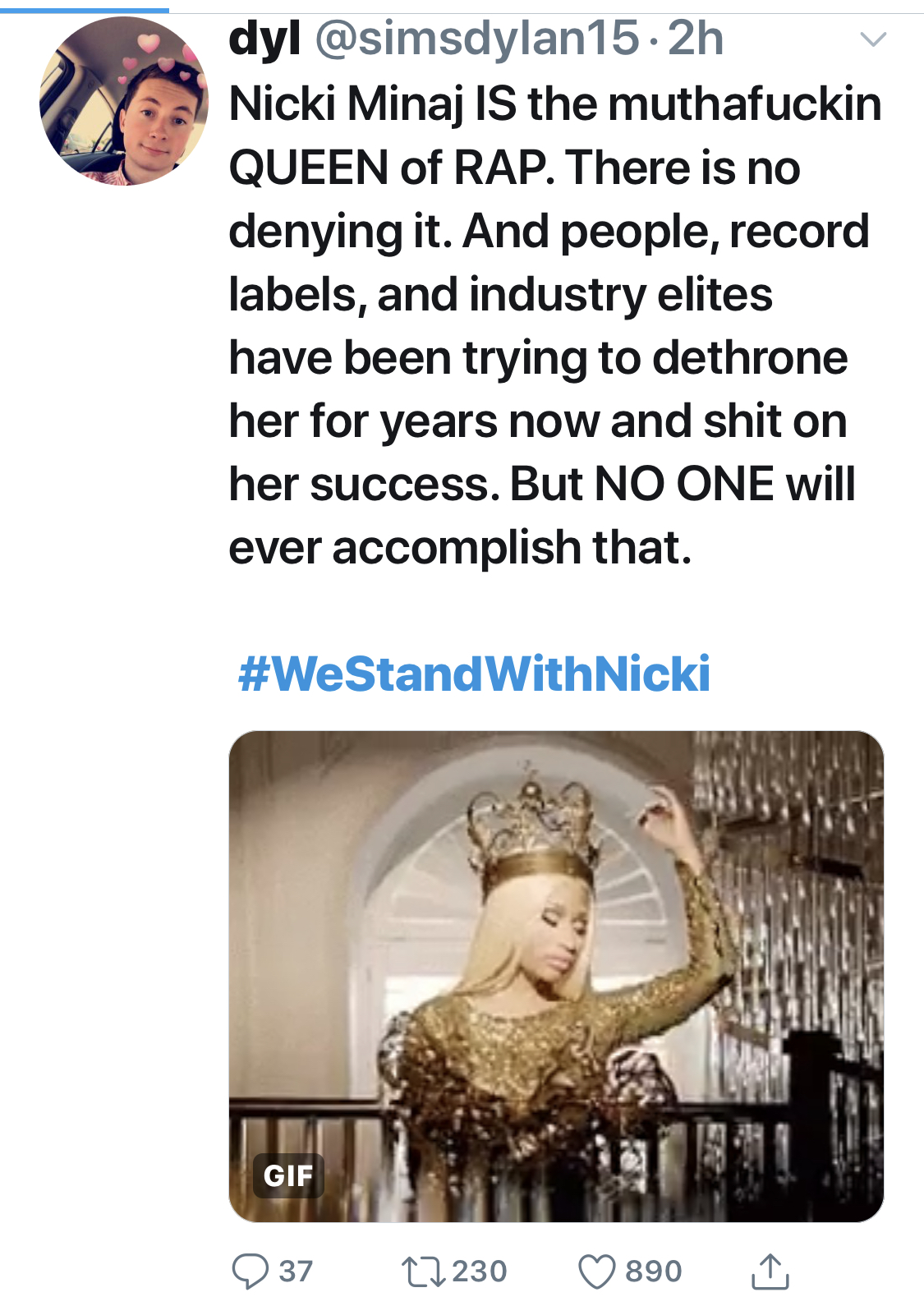 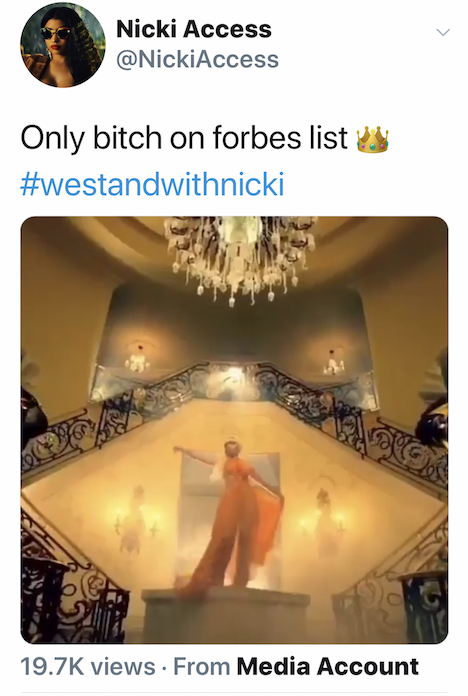 Prior to the hashtag going viral, Minaj penned a lengthy social media post, celebrating her first mixtape and voicing some of her frustrations within the industry and media. In part of her post, she wrote:

“I always shouted out my influences in my interviews. Now a days, it’s become cool to pretend u weren’t influenced by other artists. S/O to the ones big enough to do it: Kash, Asian, Cuban, Saweetie, Meg, Malibu, YOUNG MA, Ms. Banks, Lady Leshurr, etc. No female rapper (other than Trina) did a song w/me or congratulated me on my billboard accomplishments. I didn’t mind. I never felt they were obligated to do so. Just like Beyoncé isn’t obligated to congratulate or collaborate with Normani, etc. — I never had a crusade by radio stations, influencers & blogs to make my song number 1 when Anaconda was #2 on the Hot 100. I never had a group of men in the studio writing my songs for me so it took a while between albums. Please stop these write ups about what I didn’t do. Y’all are rlly sick & ima call y’all out one by one on Queen Radio. Most of yall doing these write ups have never fought for anything in life. You just sit on the sidelines & watch the doers do!!!! To my fans; I love, cherish you, adore you, and thank you. God bless you.” 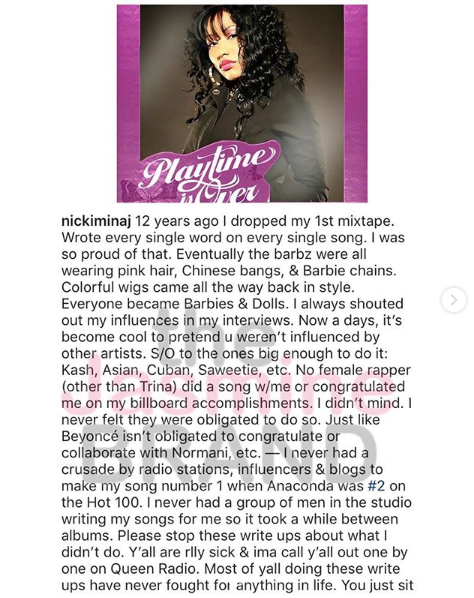 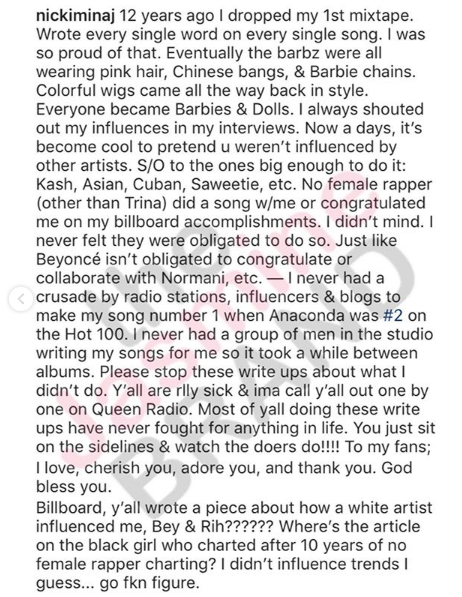