Mariah Carey Refers To Hillary Clinton As The ‘President’

While President Donald Trump was elected President instead of Hillary Clinton in 2016, it appears that Mariah Careyhas just named Clinton the new President of the United States.  She shared a photo of her with Clinton and former President Bill Clinton and wrote,

“An honor to see President Clinton and her husband, former President Bill Clinton! Thank you for everything you have done and continue to do for our country” 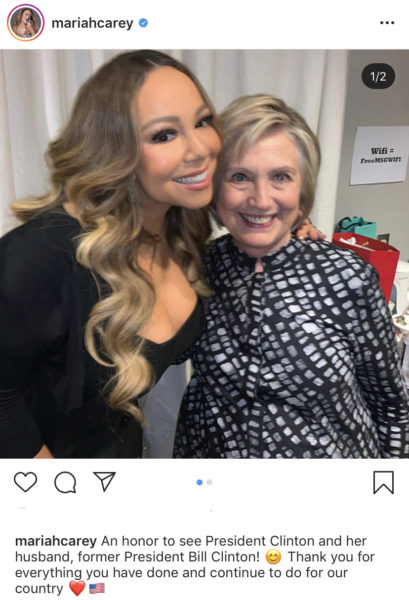 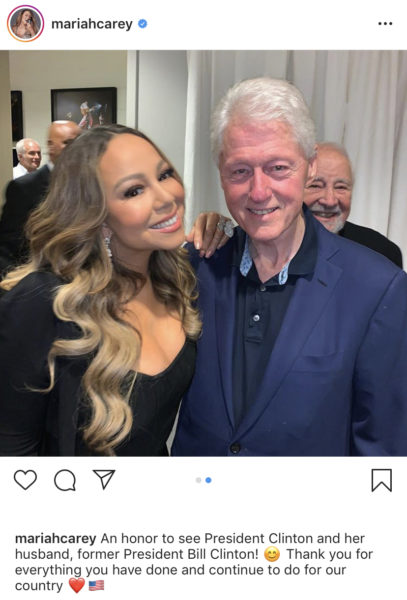 Fans seem to find the caption both shady and sarcastic. See some responses below: 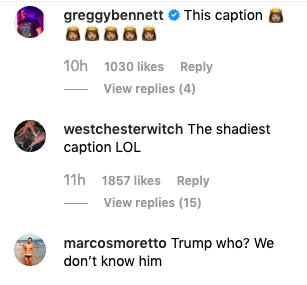 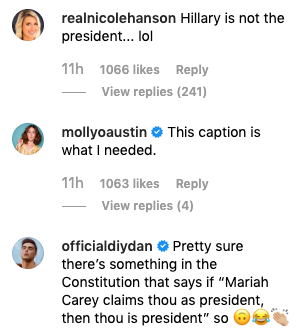 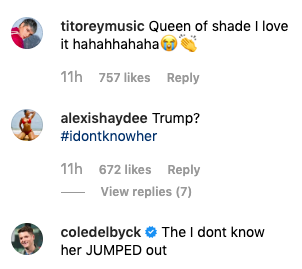 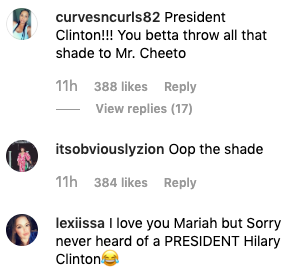 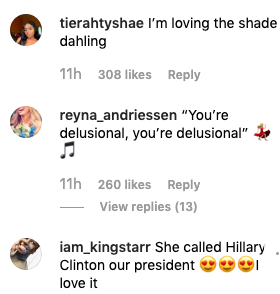 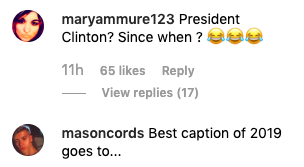 Do you think Mariah Carey was being shady? Tell us in the comments! 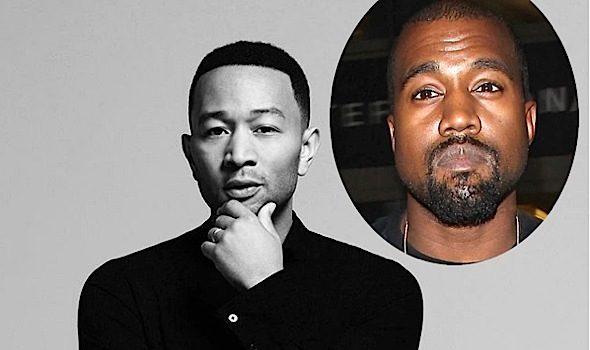 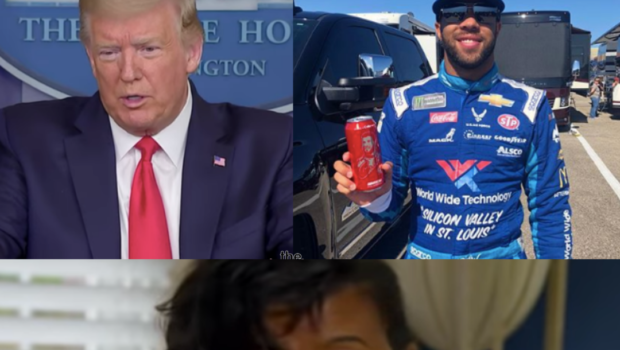 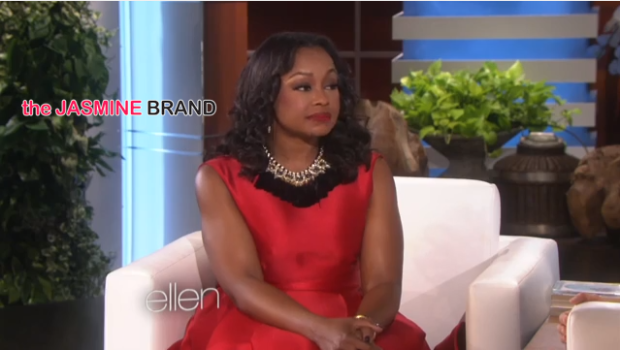