As President Donald Trump gears up for his sit down with the royal family Monday, one person who will be noticeably absent is Meghan Markle. While it’s reported that she’s on maternity leave after giving birth to the latest member of the family last month, Trump was also told about negative things Markle said during his Presidential election in 2016. Apparently, Markle called then-candidate Trump “misogynistic” and “divisive”. She also backed his opponent Hillary Clinton. Trump was blindsided by Markle’s comments and responded,

Still, he did have a response for her statement that said she’d move to Canada if he won the election.

Any hope that he had of winning Markle over might have been squashed when he found out she wouldn’t be joining the family in meeting with him Monday.

He added that it’s great to have an American princess.

“It is nice, and I am sure she will do excellently. She will be very good. I hope she does (succeed).”

Interestingly enough, Trump has since denied saying Markle is “nasty.” He tweeted,

“I never called Meghan Markle “nasty.” Made up by the Fake News Media, and they got caught cold! Will @CNN, @nytimes and others apologize? Doubt it!” 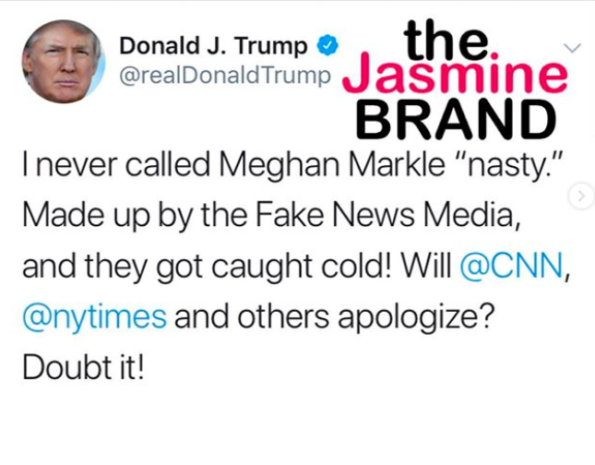 As for the rest of the family, Trump will chat with Queen Elizabeth II, Prince Charles, Duchess Camila, Prince William, Kate Middleton, and Markle’s husband, Prince Harry. Trump’s children and their significant others will be there as well. Trump said,

“I have met Charles before. I like Charles. I think that’s very good. We will be talking. I can say we have among the cleanest climate in the world right now. Our air and water are doing very well. We hope other countries can do so well. You know, it is a big atmosphere and frankly, if one country is going to be bad and other countries going to be good, the country that is good gets penalised. Which is unfair.”

He added he hopes his children will have the opportunity to meet Prince Harry and Prince William. 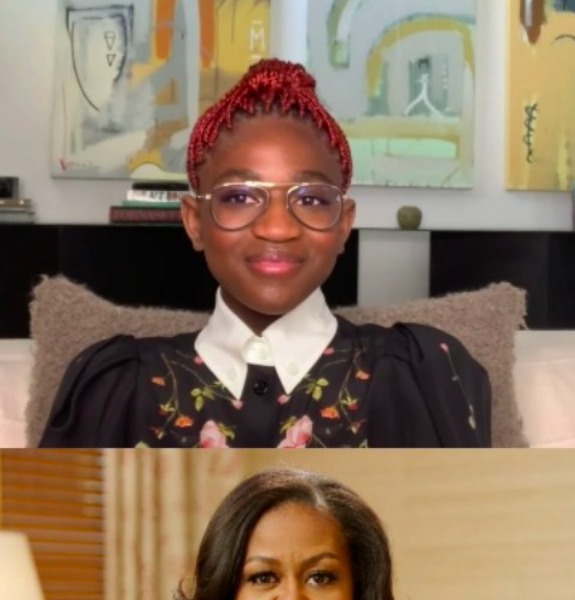 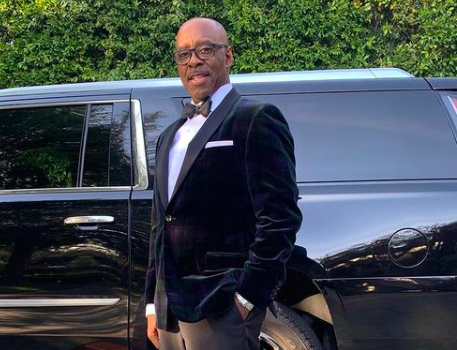