Wendy Williams is making her rounds on her own #HotGirlSummer tour. Her latest stop was Rick Ross’s album release party for “Port of Miami 2.”

She reportedly stayed at the Brooklyn venue until after 1 a.m. And apparently, they had so much fun Williams can’t wait to do it again. She shared a snapshot of the two and gave a shout out to Meek Mill who was also there.

“Last night was ridiculous! Thank you Mr. Ross. You lit Brooklyn up! Your new music is fire & I’m glad we reconnected on our own terms. Can’t wait to see you again, because you promised me ANOTHER good time…at your expense of course  Btw Meek we MUST talk when the music isn’t so loud, ok cutie?” 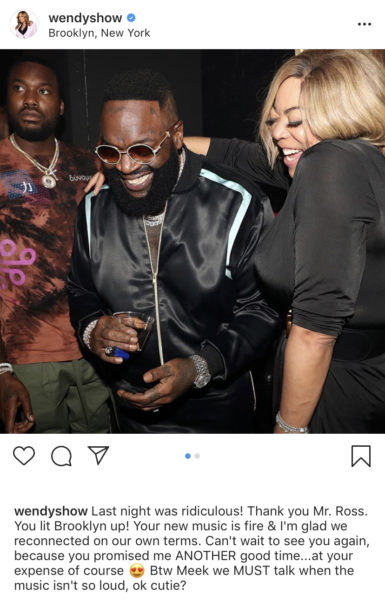 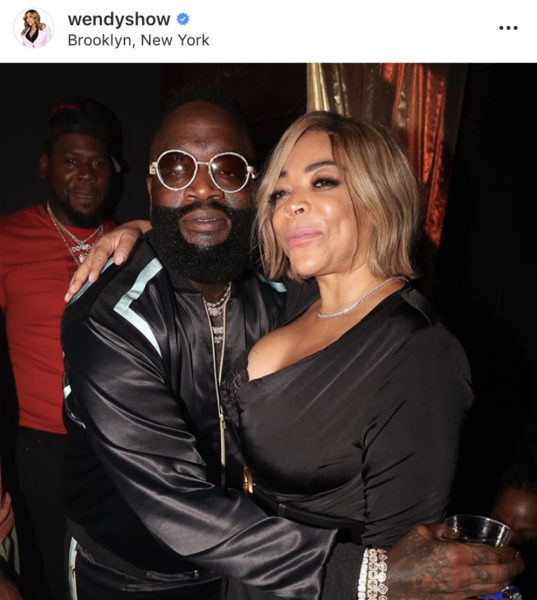 Video of Williams, Meek and Ross also surfaced and showed the three were all smiles and hugs.

Williams has been seen out and about like never before since she filed for divorce from her husband Kevin Hunter. in April, amid reports he welcomed a child with his alleged mistress.

“I want a divorce like yesterday, I want a divorce two months ago, three months ago. Whenever I found out, four months ago,” she said. “I want a divorce and I want to be friends with Kevin. I mean, and not because we have a son, but because that was real love. I still love him, just not in that way. You either in or you are out with me. I still have love for him, and I wish him the best in his new life with his new family.”

Are you here for the new Wendy? Tell us in the comments!
Tags: Kevin Hunter, meek mill, recommend, Rick Ross, wendy williams
Tweet Like Plus Pin It Share 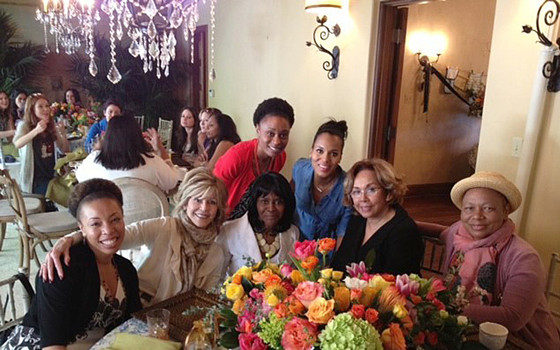