Lovely Mimi is spilling all kinds of tea! The former Love & Hip Hop Atlanta star went off on Instagram Friday (Sept.13) and revealed that aspiring singer Just Brittany has been allegedly sleeping with her soon-to-be ex-husband Remy for two years. 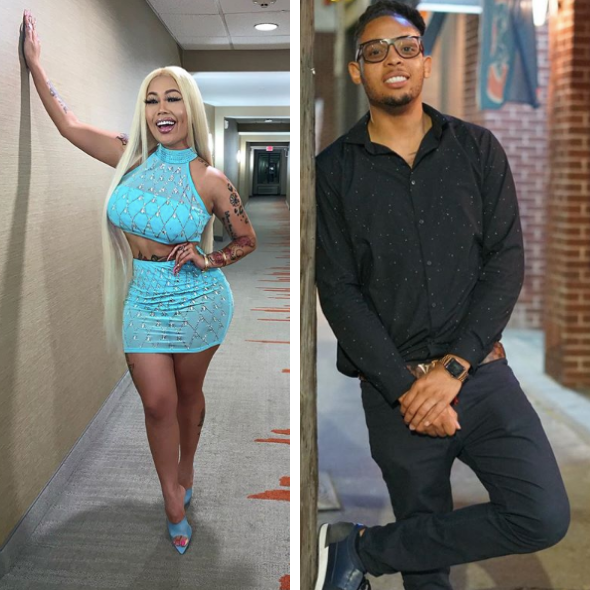 She said she previously gave Brittany, who also appeared in a recent season of Love & Hip Hop: Atlanta, a chance to be cool with her, despite others telling her that Brittany was shady. But now has found out that Brittany has been allegedly messing with her husband, and thinks she did nothing wrong. Lovely Mimi called for Instagram fans to step in and go for Brittany.

She added that she’s not worried about Remy, but that Brittany broke both girl code and street code. She revealed that she even asked Brittany to tell her if Remy tried to get with her, and Brittany said she would. Mimi added,

She then called out Brittany for telling her to “pull up,” but when Mimi got there, she saw 15 police officers sitting outside.

She also posted screenshots of her going off in Just Brittany’s comments. 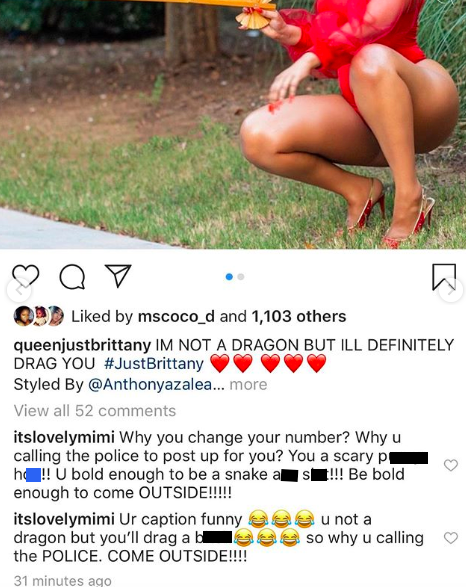 She followed it up with a video where channeled her inner Cardi B and told her,

She also shared a video of Brittany singing her happy birthday back when all was well. She ended with screenshots of Brittany asking how she can be a guest on MTV’s “Wild N Out.” 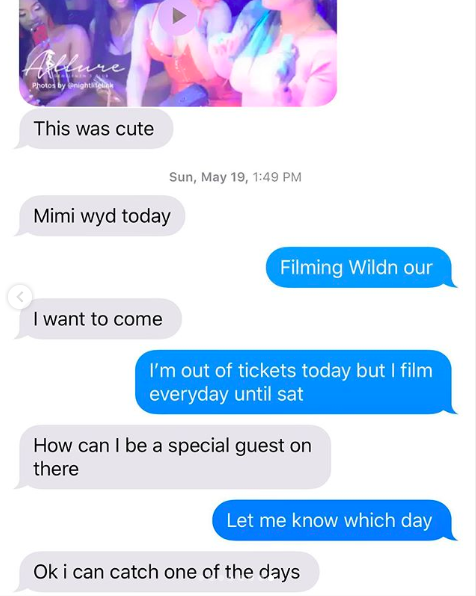 Swipe to see all of Mimi’s videos.

Ya know what to do!!! Get that hoe!!!! @queenjustbrittany

She then prayed for Remy and Brittany and seemed to be taking the high road before she said,

“They know no better because they’re stupid. But I shall prosper because I have faith in You… And I pray that You will open Remy’s eyes and allow him to grow as a man and a father so he can take care of his kids. I pray that you will open up Brittany’s eyes so she sees what she’s doing is demonic… Because if they don’t they shall burn in hell.” 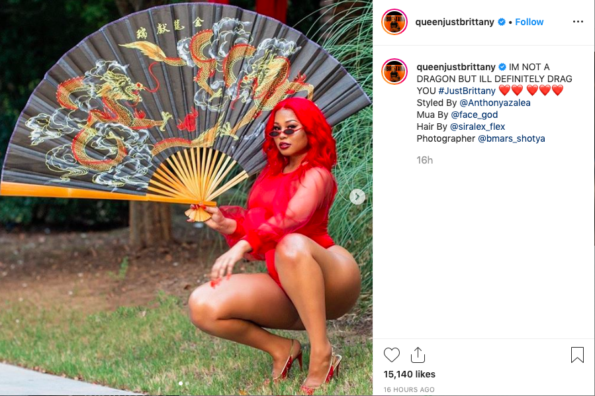 She also seemed unbothered in her IG stories. 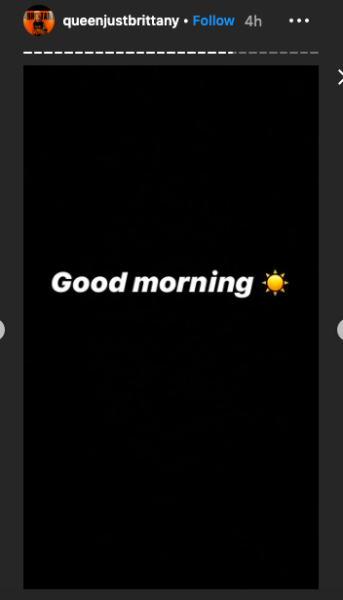 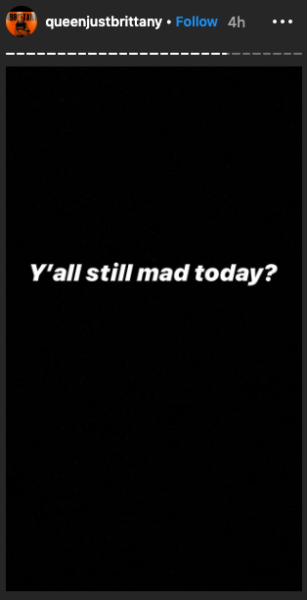 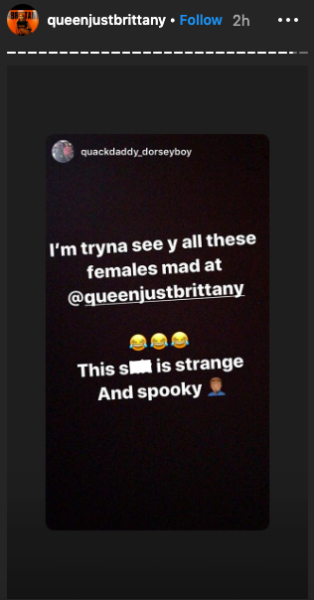 It was previously reported that Lovely Mimi and Remy announced they are going their separate ways. They’ve been together for more than 10 years. 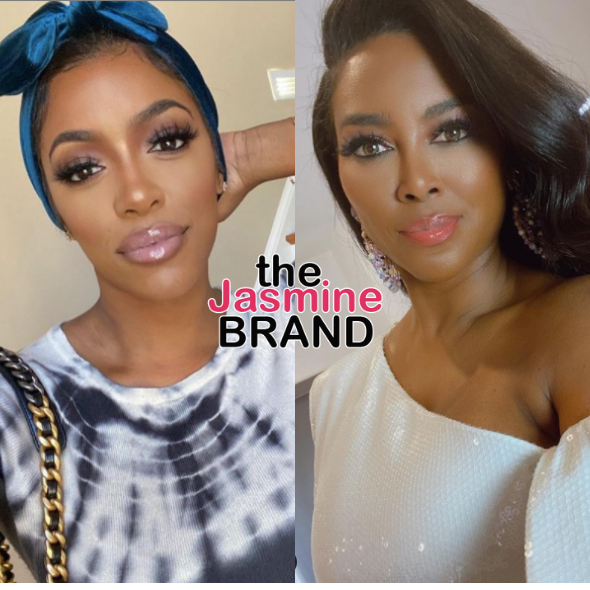 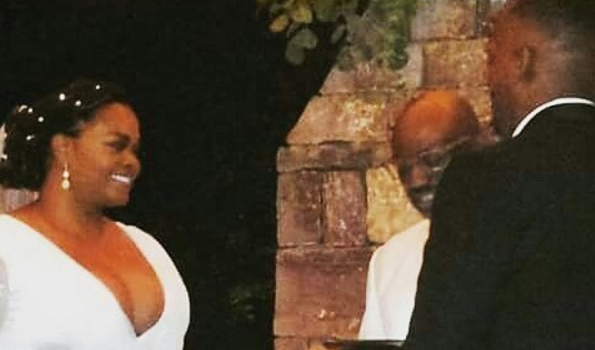 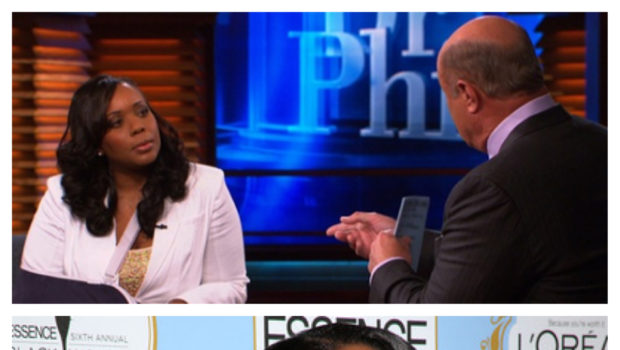