It’s been a couple of weeks since T.I. revealed he goes to the OBGYN with his daughter, Deyjah Harris, 18, every year.

During an episode of Ladies Like Us podcast, T.I. admitted that he not only talks to his daughter about sex, but that he goes to the doctor with her to make sure her hymen is intact and she’s still a virgin.

“Not only have we had the conversation, we have yearly trips to the gynecologist to check her hymen…I go with her. So let me tell you, this one time we go, I think this might have been after her 16th birthday… and this is what we do. Right after the birthday we celebrate, usually like the day after the party, she’s enjoying her gifts, I put a sticky note on the door ‘Gyno tomorrow 9:30.’” 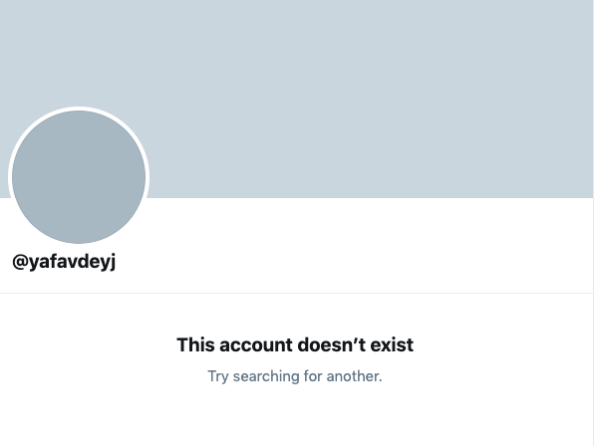 It’s not clear why she deleted her social media accounts, but before she went dark she was spotted liking a few tweets that didn’t agree with T.I.’s actions. 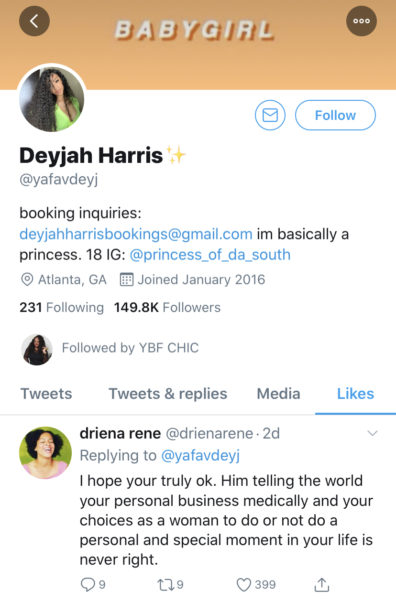 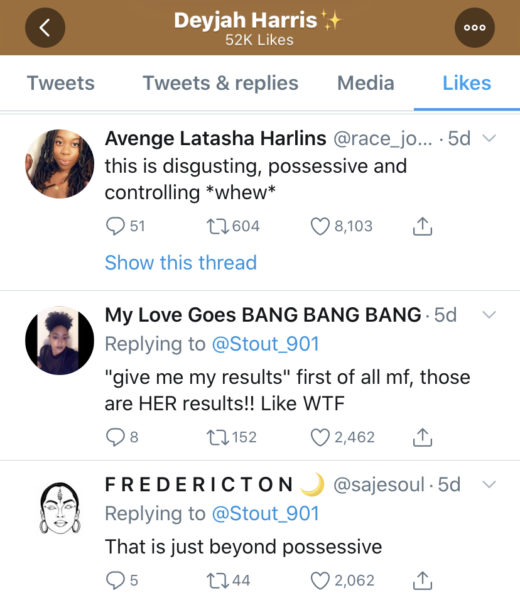 Meanwhile, T.I. has stayed quiet while Deyjah Harris’s stepmom, Tiny Harris, responded to the situation with an Emoji recently. 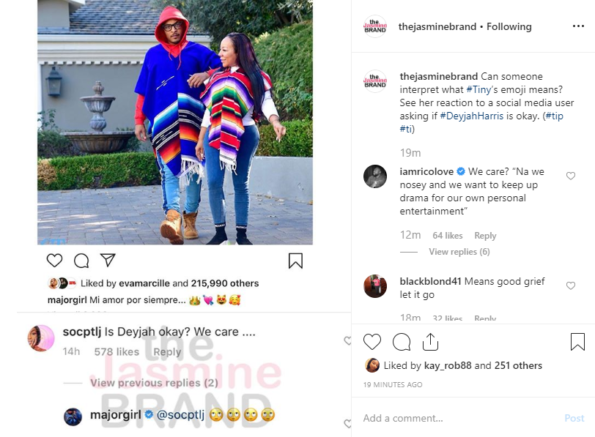 What are your thoughts on Deyjah Harris deleting her social media? Tell us in the comments! 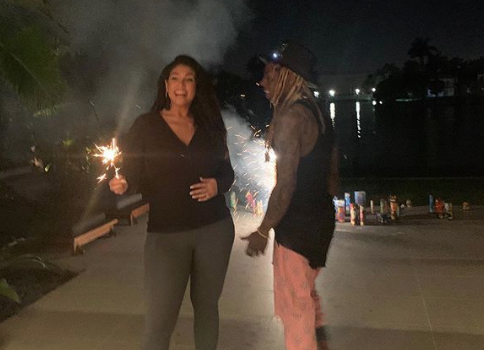 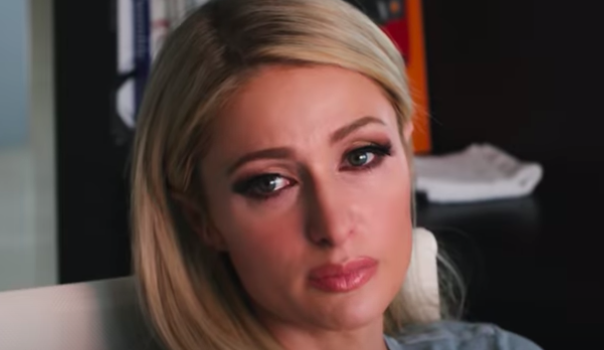