Update #2 (March 24th): Police in Miami Beach have now launched an internal investigation of how news of Andrew Gillum’s incident became public. According to reports, it was conservative commentator Candace Owens who broke the story on her personal Twitter when she posted the police report. 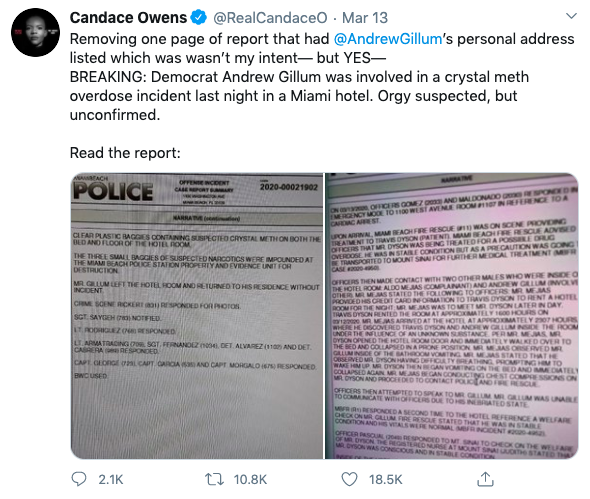 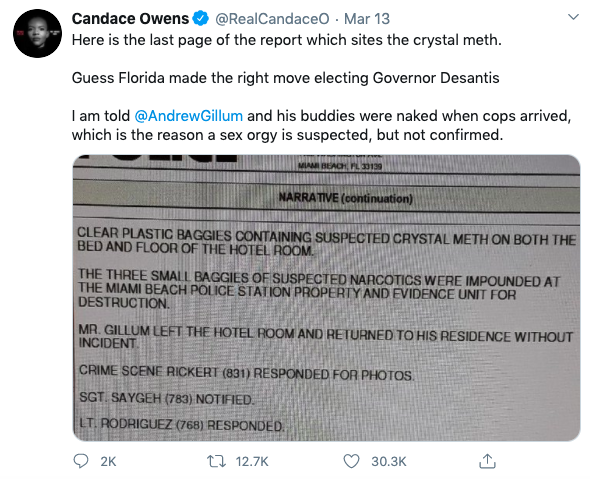 That sparked a wildfire of reports concerning Andrew Gillum’s connection with a man who overdosed in a Miami hotel room, where the former Tallahassee mayor was present. Miami Beach Police Department spokesman Ernesto Rodriguez said in a statement via email,

“It is unknown how the report was shared, and yes it is being looked at.”

“I am the sole spokesperson for the MBPD. I can assure you no PRRs have been fulfilled besides the incident report. When they are complete, my intent is to share them with everyone who has requested, at the same time.”

As for the incident, Rodriguez said,

“We responded to a medical call. narcotics, although in plain view, were not in physical possession of anyone inside the room. The officers chose to impound the narcotics.”

Original Story: The unfortunate fallout of Andrew Gillum’s scandal continues as an alleged nude photo of the politician leaks online.

It was previously reported that Andrew Gillum, who ran for governor of Florida in 2018 and also previously served as the mayor of Tallahassee, was allegedly involved in an incident where a man overdosed on crystal meth earlier this month. Andrew Gillum was said to be in the hotel room at the time when Travis Dyson was rushed to the hospital after the alleged overdose. He was able to recover.

Andrew Gillum, who is married with three children, released a statement on the incident and said,

“I was in Miami last night for a wedding celebration when first responders were called to assist one of my friends.While I had too much to drink, I want to be clear that I have never used methamphetamines. I apologize to the people of Florida for the distraction this has caused our movement. I’m thankful to the incredible Miami Beach EMS team for their efforts. I will spend the next few weeks with my family and appreciate privacy during this time.”

It was later reported that Travis Dyson allegedly works as a male escort. Andrew Gillum also said he is checking into rehab.

Unfortunately, that doesn’t mark the end of the situation as a photo that claims to be Gillum has leaked. In the picture, a black man is lying naked on the floor. His head was near a towel that appeared to have vomit on it.

Pictures of the hotel room have also leaked.

One photo shows small plastic bags with a substance inside that’s said to be crystal meth. A pill bottle with white pills around it was also found. Beer bottles and sheets that had bodily fluids on it were also seen in photos, which were obtained by The Daily Mail under the Freedom of Information law.

Travis Dyson was also said to be naked when police arrived at the scene. 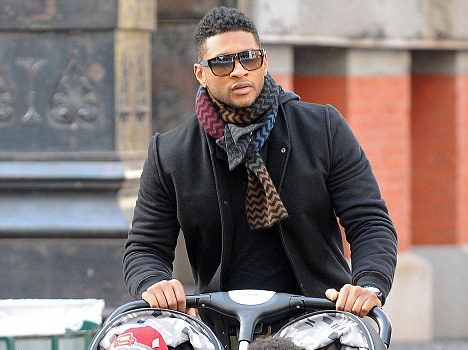