Megan Thee Stallion(25) is having one of the best weeks of her career. Earlier this week she released the remix to her already successful song “Savage” with one of her music idols, Beyonce. The excitement for the dream collaboration is bittersweet because her mother’s birthday comes on the heels of the release. Her mother was also a huge fan of Beyonce. Megan posted a throwback picture of her mother holding her with the following caption:

“Happy birthday mama ??? I miss you everyday ! I know you’re watching over me rooting for me and keeping me going. I don’t have you physically here telling me what I should do so I’ve been trying to figure it out on my own remembering all the advice and lessons you’ve taught me before.” 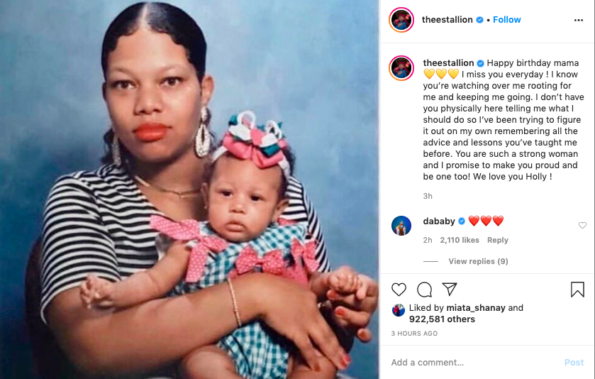 Megan’s mother Holly Thomas was also a rapper and was not only a huge inspiration but also her manager. She continued:

” You are such a strong woman and I promise to make you proud and be one too! We love you Holly !”

Holly Thomas passed March 2019 after a long battle with a cancerous brain tumor.

Earlier this week, Megan Thee Stallion got emotional as she expressed how much her mom loved Beyonce amid the release of their collaboration. She said,

” Like I really could’t believe it. it’s really crazy because my momma was a really huge fan of Beyonce and she used to make me watch a lot of Beyonce stuff. When I met her I was like “oh my god” and I didn’t want to be like “oh my god Beyonce me and my momma love you like this sh*t is crazy and I can’t believe we meeting you”. For Beyonce to even do a song with me, I really only been out for like 2 years this is the beginning of year number 2, like Beyonce? Beyonce! It’s really crazy. They told me that Beyonce was gonna get on “Savage” I was like shut the f*** up y’all are lying. I feel like it’s a really big thing, its like a big thing for the city [Houston], its a really big thing for the south side. Which bi**h you know from Houston, Texas from the motherf*****g south side really doing s**t like that?”

Prayers for Megan The Stallion! 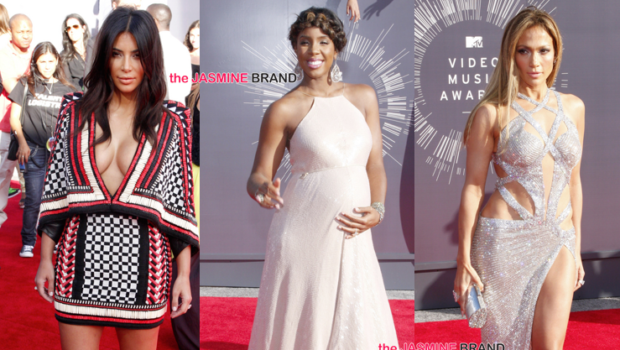 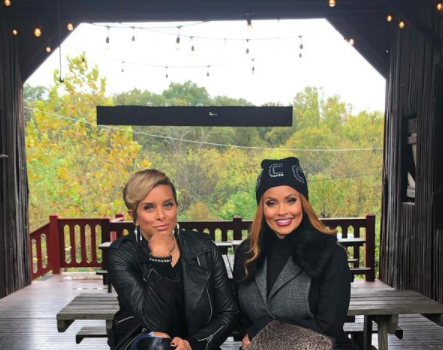