Michelle Obama, whom many still refer to as their “Forever First Lady”, is giving her fans and followers a sneak peek of her highly anticipated BECOMING documentary on Netflix, premiering Wednesday, May 6, 2020. She shared the teaser on social media and added the caption,

“I’m thrilled to give you a sneak peek of BECOMING before it premieres on Netflix on May 6. This movie tells my story, from my childhood on the South Side of Chicago to my life today—and it celebrates the powerful stories of the people I met along the way. #IAmBecoming”

The nearly two-minute-long video shows Michelle narrating over photos and videos of her childhood, meetings with youth, and dancing with women. The soundtrack of Alicia Keys “Girl on Fire” seems to be the perfect match, with its anthem inspired instrumental track laying over the video, with an occasional, “This girl is on fire!” spewing out of the song.

Clearly, Mrs. Obama has not slowed down since her eight-year stint as FLOTUS ended in the White House. The documentary is making its debut less than two years after her best-selling memoir hit shelves and digital platforms in November 2018, and has since broken records.

Michelle Obama says in the documentary,

“I am from the South Side of Chicago. That tells you as much about me as you need to know.”

When referring to her time as the First Lady, she states that

“So little of who I am happened in those eight years. So much more of who I was happened before.”

In an empowerment message, she says,

“We can’t wait for the world to be equal to start feeling seen. I feel like I got to share with you all that the energy that’s out there is much better than what we see.” 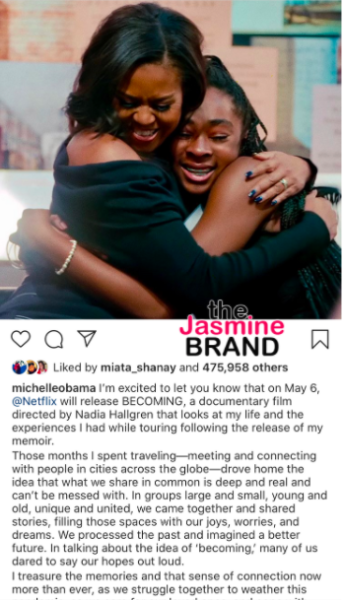 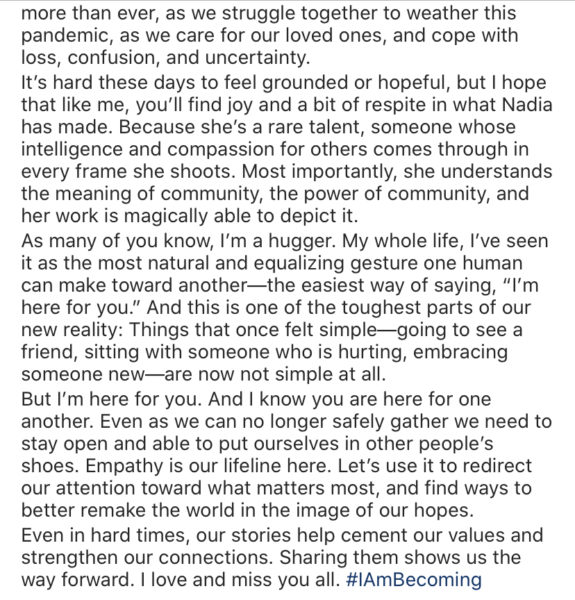 Are you excited about watching the BECOMING documentary? Tell us in the comments! 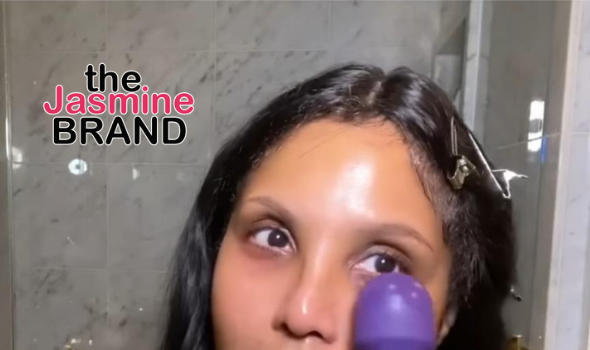