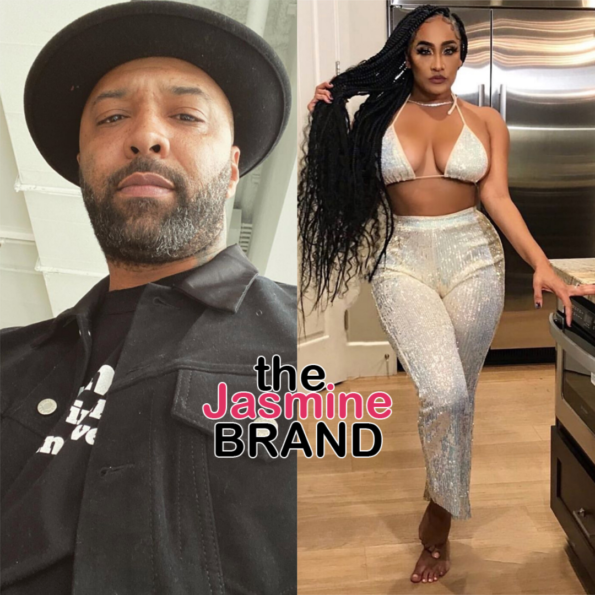 Natalie Nunn Tells Joe Budden “You’re Such A F*cking B*tch” & Threatens To Send Her Husband On Him, After He Criticizes Her

On a recent episode of “The Joe Budden Podcast with Rory & Mal”, rapper turner media personality Joe Budden weighed in on former Bad Girls Club star Natalie Nunn. In the short clip Joe Budden and his co-hosts discussed the Tekashi 6ix 9ine live from May 8 and Joe says,

“I chimed in there for a quick second and I wasn’t looking at him [Tekashi 6ix9ine] or the numbers. I was looking at the comments to see which one of y’all n***as is being nasty. I saw all the same nastiness , Natalie Nunn. Natalie Nunn all in there giving it up, nasty ass Nat.”

Natalie Nunn reposted the clip and responded in the caption saying,

“DONT WORRY ABOUT WHO LIVES IM IN WHAT I THINK IS FUNNY WHO IM LEAVING COMMENTS UNDER PICTURES! I DROPED LAUGHING EMOJIS IN @6ix9ine live yesterday when he posted he’s watch up and said “I can’t beef with no one who ain’t got this watch” I’m here for the trolling I love the hip hop industry and the beefs JUST LIKE EVERYONE ELSE! BUT WHEN NATALIE DOES SOMETHING YALL GOTTA RUN MY NAME IN THE MUD NAHHHH N***A U SAID WHAT UR B***H ASS SAID NOW DEAL WITH IT! F**K N***A NEVER MET U A DAY IN MY LIFE U DONT KNOW ME AND U SPEAKING ON MY NAME! U CLICKED IN THE SAME LIVE LIKE EVERYONE ELSE IN THE WORLD DID BUT U WANNA COME FOR A FEMALE UR SUCH A F*****G B***H @joebudden HOE N***A”

Natalie hopped on Instagram live and threatened to send her husband Jacob Payne after Joe.

JUST IN: Natalie Nunn goes OFF on @JoeBudden. Threatens to send her husband after him ????? pic.twitter.com/bqjcdtcQRK 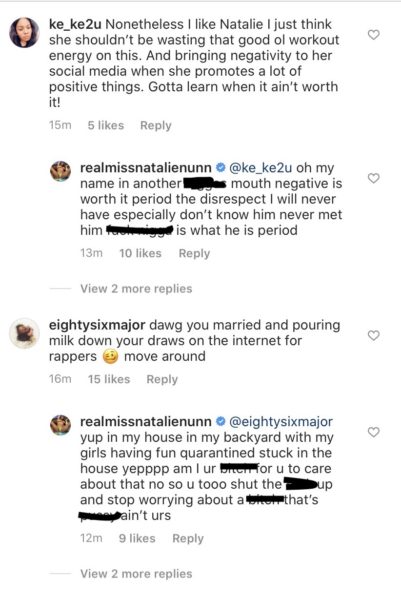 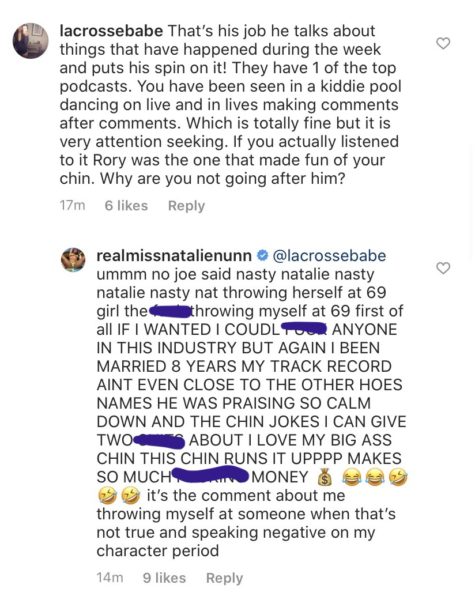 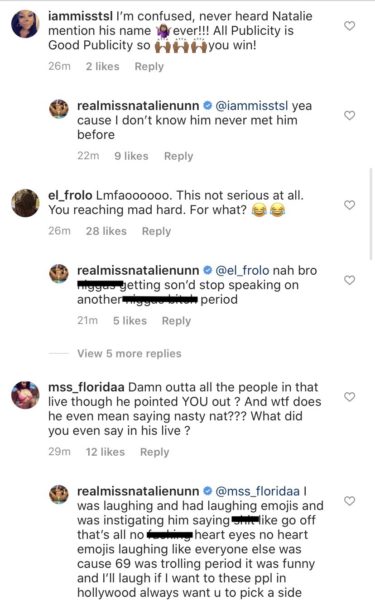 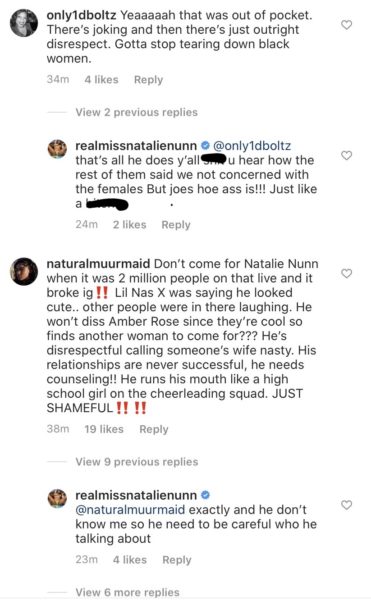 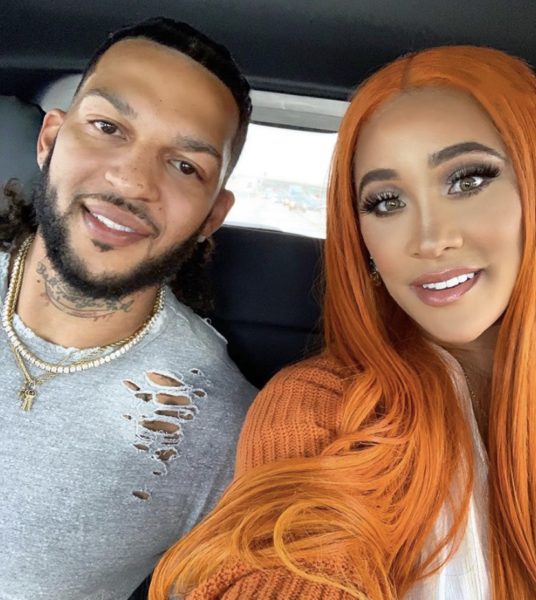 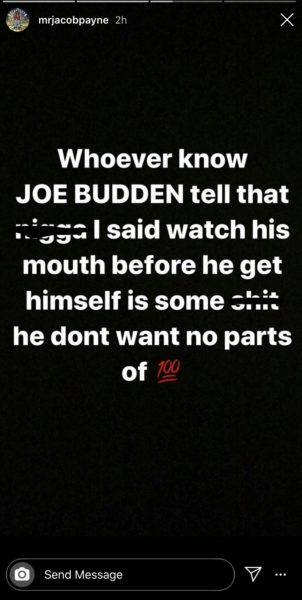 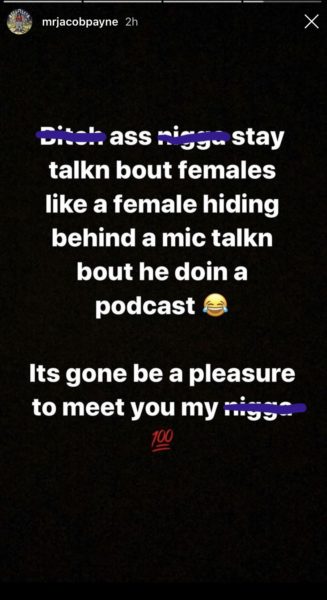 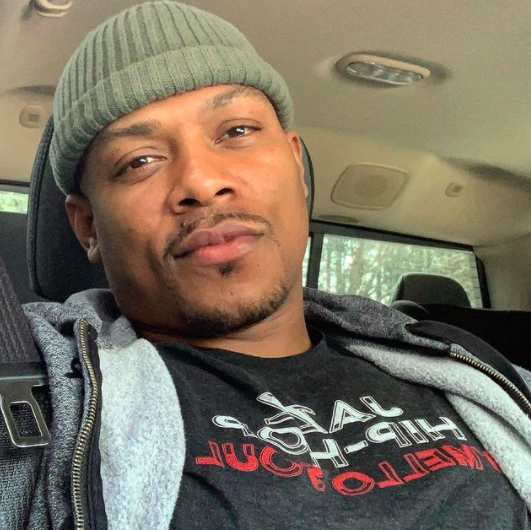 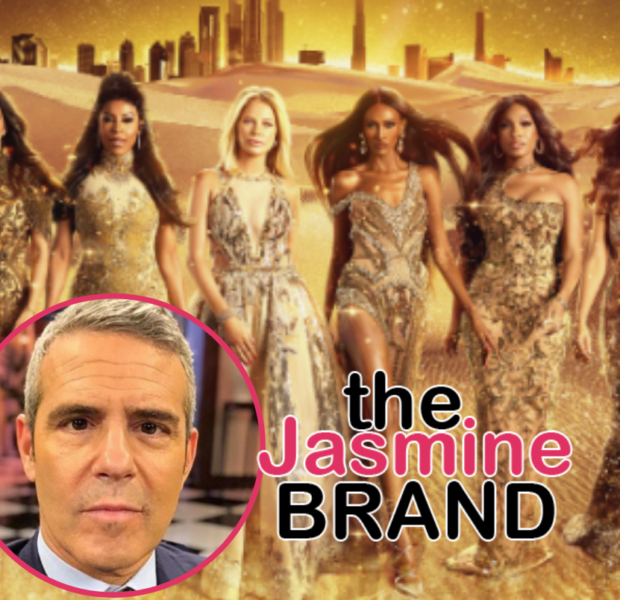 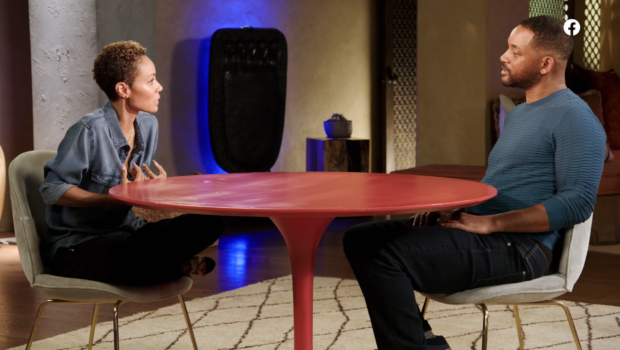 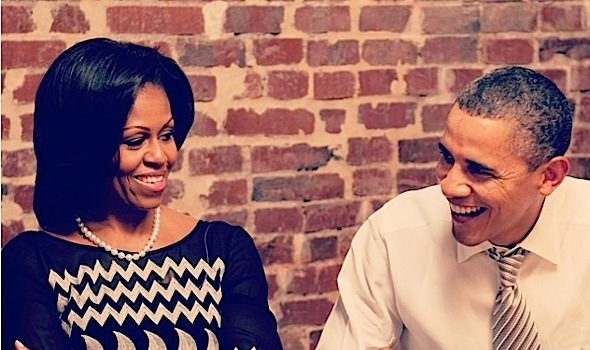