Kanye West has a long way to go, if he wants to become president, but the rapper has pulled in his first piece of polling data since his announcement.

“We must now realize the promise of America by trusting God, unifying our vision and building our future. I am running for president of the United States #2020VISION”

Redfield & Wilton Strategies polled 2,000 registered voters in the U.S, Joe Biden came in first place with 48%, with Donald Trump in second with 40%.  After Kanye West was added to the poll, Donald Trump’s number dipped to 39% while Joe Biden’s percentage remained the same.

Kanye West recently announced his run for president in the 2020 election, and also made it clear he’s no longer backing current president Donald Trump.

The people serving as advisors on his campaign are his wife, Kim Kardashian West, and Tesla CEO Elon Musk.

“We’ve been talking about this for years.”

Here are the results of the poll.

Social Media users slammed Chance The Rapper this week for his loyalty to his mentor Kanye West and his presidential run.

Chance The Rapper is making it known that he is backing Kanye West for president:

“And yall out here tryna convince me to vote for Biden. Smfh”

And yall out here tryna convince me to vote for Biden. Smfh https://t.co/JgbGBmPQk5 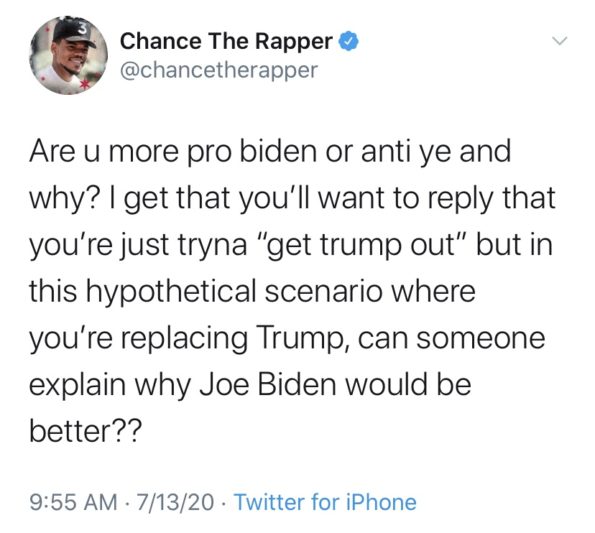 Will you be voting for Kanye West in the 2020 election? Let us know in the comments? 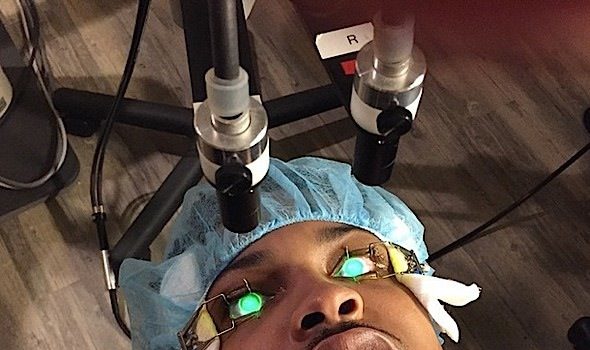 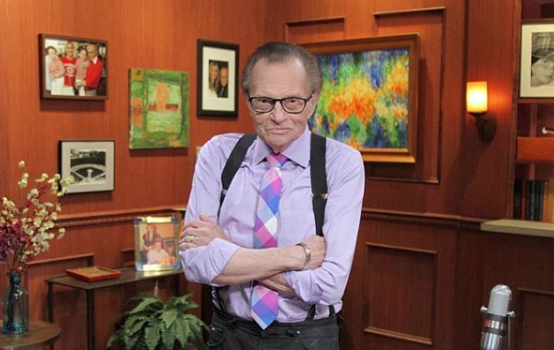 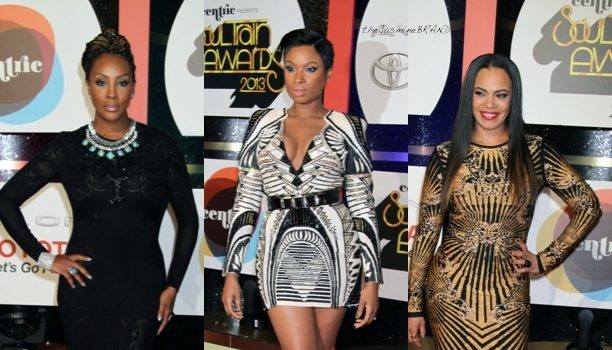