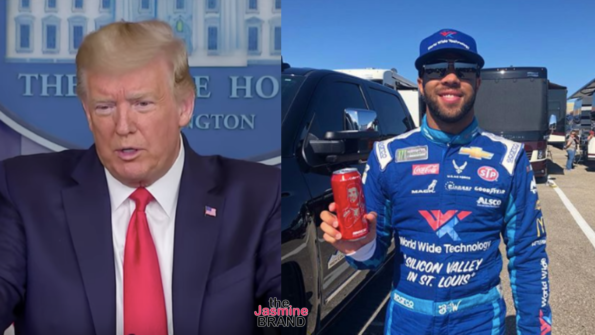 “To the next generation and little ones following my foot steps.. #LoveWins”

He then added a lengthy note that reminded his followers,

“Your words and actions will always be held to a higher standard than others. You have to be prepared for that. You don’t learn these things in school. You learn them from trials and tribulations, the ups and downs this crazy word provides. You will always have people testing you. Seeing if they can knock you off your pedastal.”

“I encourage you to keep your head held high and walk proudly on the path you have chosen. Never let anybody tell you can’t do something! God put us all here for a reason. Find that reason and be proud of it and work your tails off every day towards it! All the haters are doing is elevating your voice and platform to much greater heights!” 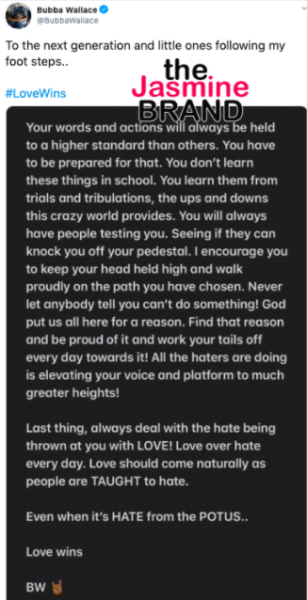 “Last thing, always deal with the hate being thrown at you with LOVE! Love over hate every day. Love should come naturally as people are TAUGHT to hate. Even when it’s HATE from the POTUS.. Love wins…”

Original Story: President Donald Trump is criticizing NASCAR driver Bubba Wallace after the recent noose controversy. On Monday, July 6th President Trump questioned if Bubba Wallace, the only black driver in the league, should apologize after reports of an alleged noose hanging in his garage went viral. The FBI later determined that it was a rope, not a noose.

“Has [Bubba Wallace] apologized to all of those great NASCAR drivers & officials who came to his aid, stood by his side, & were willing to sacrifice everything for him, only to find out that the whole thing was just another HOAX? That & Flag decision has caused lowest ratings EVER!” 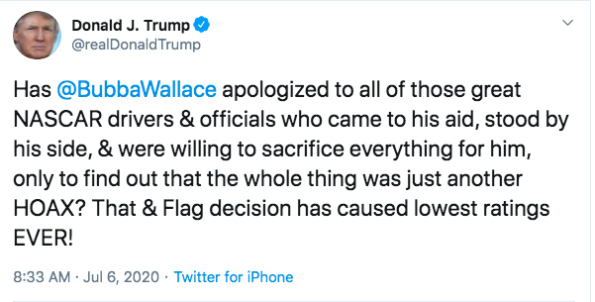 This tweet follows the FBI’s ruling that the ‘noose’ that was found handing in Bubba Wallace’s race car garage was not a hate crime. Last month, the president of NASCAR, Steve Phelps, alerted Bubba Wallace of the rope, which he believed was a noose. This took place after NASCAR made the decision to ban the confederate flag from racing events. 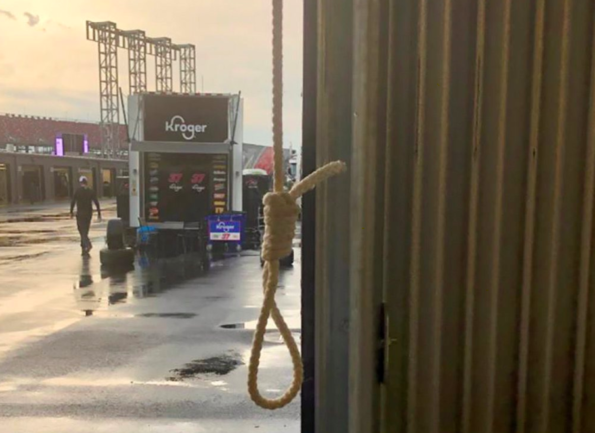 NASCAR released the following statement about the incident

“Late this afternoon, NASCAR was made aware that a noose was found in the garage stall of the 43 team. We are angry and outraged, and cannot state strongly enough how seriously we take this heinous act. We have launched an immediate investigation, and will do everything we can to identify the person(s) responsible and eliminate them from the sport. “As we have stated unequivocally, there is no place for racism in NASCAR, and this act only strengthens our resolve to make the sport open and welcoming to all.”

Bubba Wallace also released a statement after finding the ‘noose’.

“Today’s despicable act of racism and hatred leaves me incredibly saddened and serves as a painful reminder of how much further we have to go as a society and how persistent we must be in the fight against racism. Over the last several weeks, I have been overwhelmed by the support from people across the NASCAR industry, including other drivers and team members in the garage. Together, our sport has made a commitment to driving real change and championing a community that is accepting and welcoming of everyone. Nothing is more important and we will not be deterred by the reprehensible actions of those who seek to spread hate. As my mother told me today, “they are just trying to scare you.” This will not break me, I will not give in nor will I back down. I will continue to proudly stand for what I believe in.”

Following the investigation, it was determined that the ‘noose’ that was found in the garage had been there since last year –  before Bubba Wallace was assigned the garage – and was actually a pull rope. After the investigation was complete NASCAR released an updated statement

“The FBI report concludes, and photographic evidence confirms, that the garage door pull rope fashioned like a noose had been positioned there since as early as last fall. This was obviously well before the 43 team’s arrival and garage assignment.”

“We appreciate the FBI’s quick and thorough investigation and are thankful to learn that this was not an intentional, racist act against Bubba. We remain steadfast in our commitment to providing a welcoming and inclusive environment for all who love racing.”

Bubba Wallace shared his thoughts on the FBI’s investigation during an interview with Don Lemon and said he’s still convinced it was a noose.  The NASCAR driver also made it clear that he stands by NASCAR and how the sports association handled the situation.

What are your thoughts on President Trump’s tweet? Let us know in the comments.