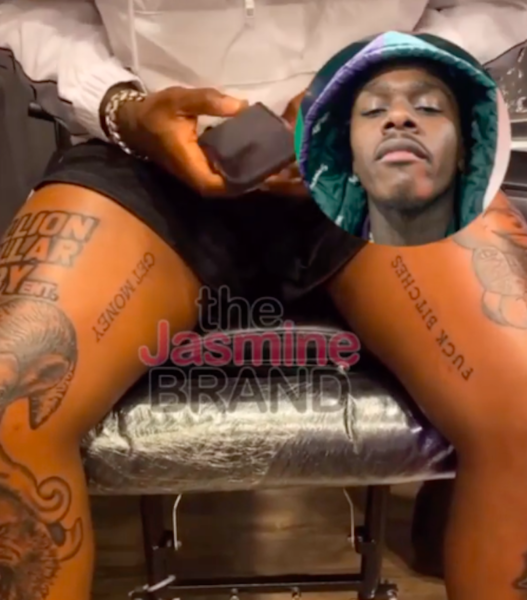 Rapper DaBaby (real name is Jonathan Lyndale Kirk), 28, has new ink and he’s not afraid to show it off!  Da Baby debuted his new leg tattoos hours after celebrating six weeks at #1 on Billboard’s Hot 100 charts with his single “Rockstar”. Based on his video, Da Baby added several tattoos to both of his legs, including a portrait of a “friend”, animals, his brand, and what appears to be a baby version of himself.

One of his tattoos appears to be somewhat personal. On the rapper’s left leg, he has the name Kirk tattooed on him, with a picture of a man on his left calf. 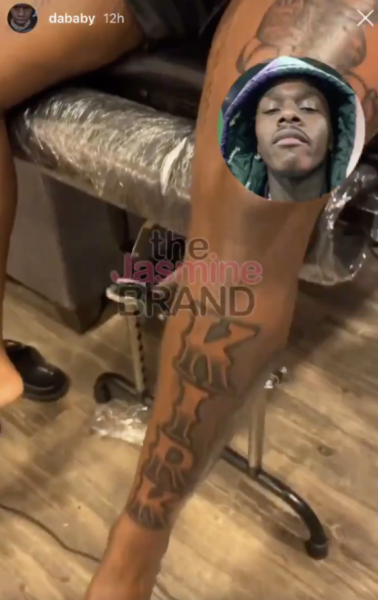 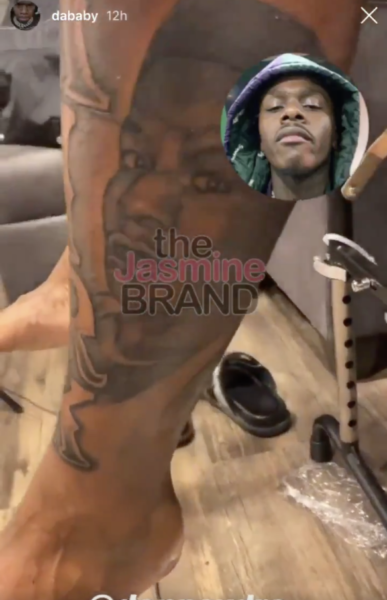 Another tattoo includes the rapper’s brand “Billion Dollar Baby Ent”, which is placed on his right thigh above a ram with a tiger appearing out of its mouth. 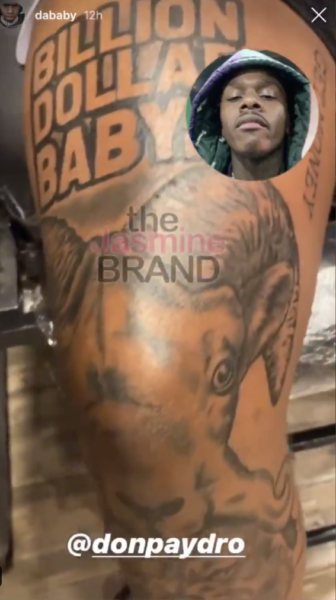 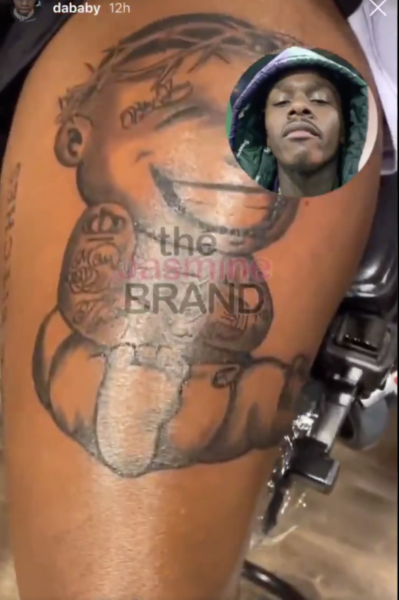 In the video, the recorder is repeatedly heard saying,

Legs out for the rest of the summer like a free throw.

What do you think of #DaBaby’s new leg tattoos?! @DaBabyDaBaby pic.twitter.com/eNR9SnuI32

How do you feel about Da Baby’s new tattoos? Share your thoughts with us in the comments. 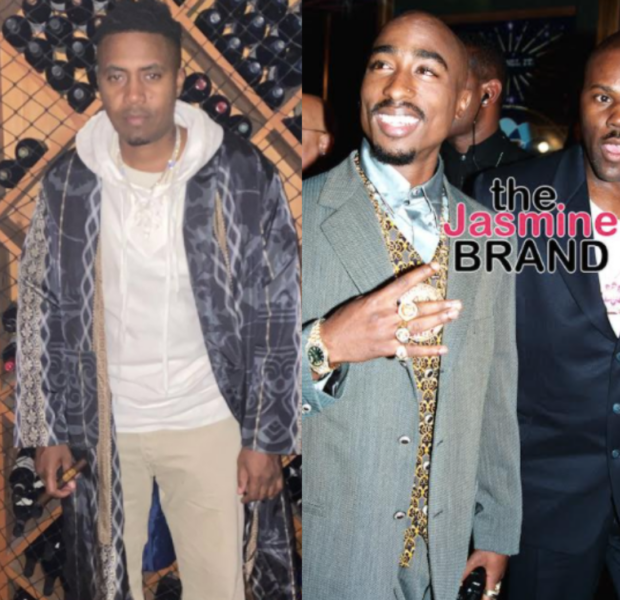 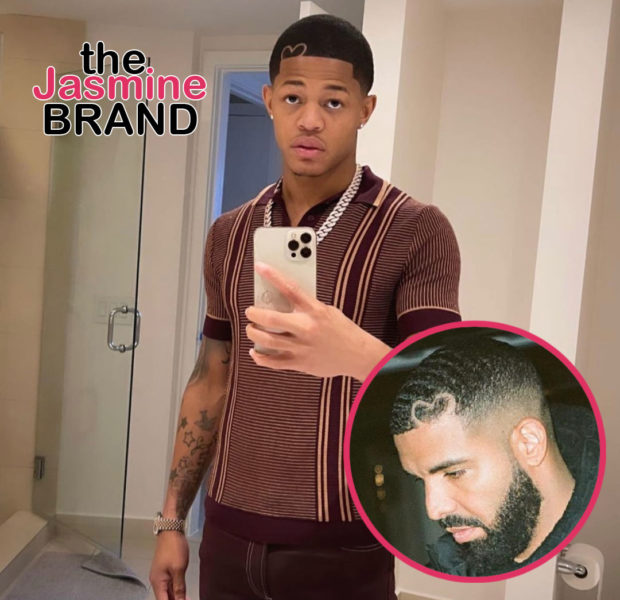 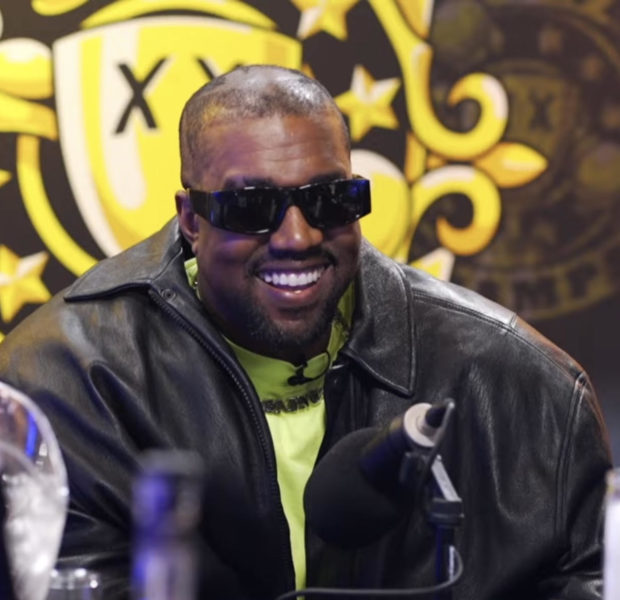 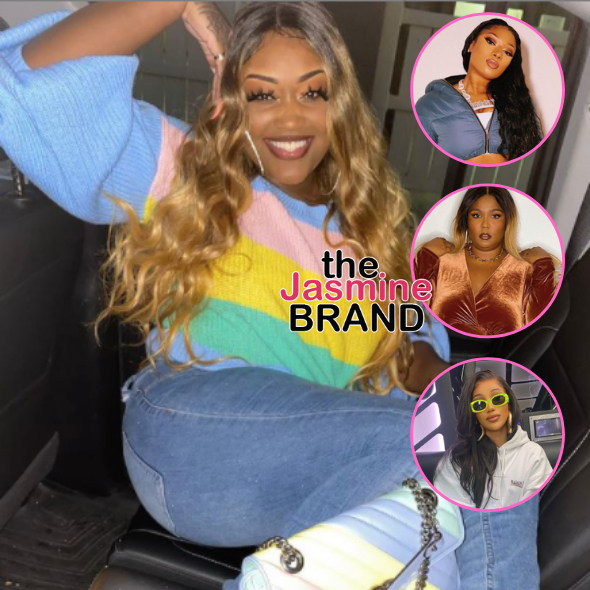 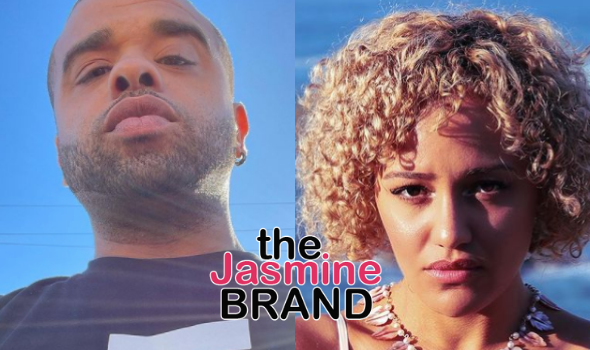 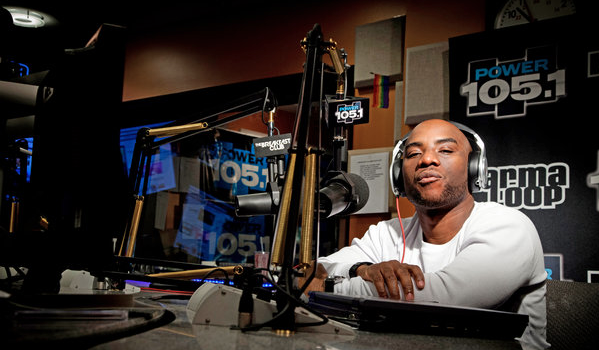