Deadpool actor Ryan Reynolds,43, is apologizing after receiving backlash for having his 2012 wedding to Blake Lively on a South Carolina slave plantation.

In an interview he expresses his deepest apologies stating that it is:

“Something we’ll always be deeply and unreservedly sorry for.”

He added that the couple had no idea the venue was a slave plantation before the wedding.

“It’s impossible to reconcile. What we saw at the time was a wedding venue on Pinterest. What we saw after was a place built upon devastating tragedy.  Years ago we got married again at home – but shame works in weird ways.”

Ryan Reynold’s adds that a mistake like this can either cause you to shut down or push you into action.

“A giant (expletive) mistake like that can either cause you to shut down or it can reframe things and move you into action. It doesn’t mean you won’t (expletive) up again. But repatterning and challenging lifelong social conditioning is a job that doesn’t end.”

The wedding took place in September, 8 years ago, with the help of Martha Stewart‘s design team, and had a small guestlist 35 guests.

According to the plantation’s website, there are nine historic slave cabins on the property where people can learn “how Black Americans worked and lived” as well as the “struggles that were faced.” 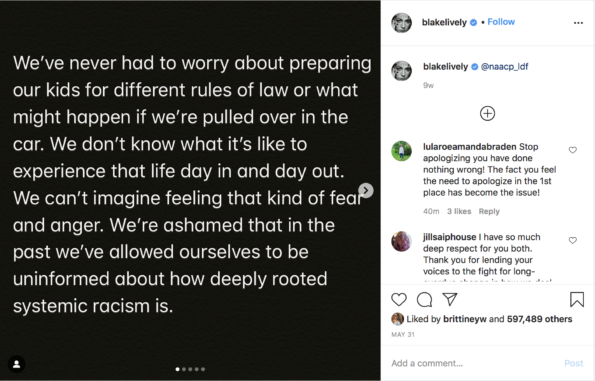 In May, the couple took to Instagram to announce they donated $200,000 to the NAACP Legal Defense Fund. They wrote in their announcement:

“We’re ashamed that in the past we’ve allowed ourselves to be uninformed about how deeply rooted systemic racism is. We’ve been teaching our children differently than the way our parents taught us. We want to educate ourselves about other people’s experiences and talk to our kids about everything, all of it… especially our own complicity.”

“Give people from marginalized communities the opportunity to work on and learn from his productions.”

“These new recruits are going to be paid and housed and traveled out of my salary. They’re going to spend their days on set learning from professionals, getting real life experience that they can then parlay into another job and then hopefully – if they’re not too disillusioned – a career in the film industry.”

What are your thoughts on Ryan Reynold’s apologizing for his wedding to Blake Lively on a slave plantation? Let us knit in the comments!

Gabrielle Union Explains How Stopping Work Is Affecting Black Entertainers: Most Of Us Are 1 Or 2 Paychecks Away From Not Being Able To Pay For Our Things
Exclusive
Post Slider 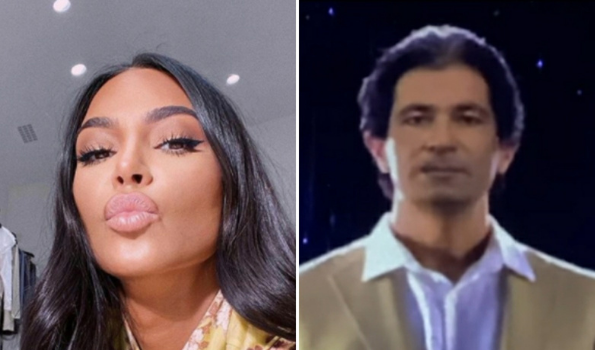