Ma$e is right about that line … I always felt funny about that line … Ma$e is one of my favorite rappers and I based a lot of my flows off of him … I’m the king of “ooh can I get away with this bars” so I reap what I sow when the next generation does the same to me.

Original Story: Mase is calling out Kanye West, saying that the Chicago native owes him and his family a public apology. The rapper turned minister took to Instagram on Friday (September 18th) and posted a message directed at Kanye West, who had previously criticized Mase for stepping away from the music industry at the height of his career.

“#KanyeWest much of what you are feeling has been expressed before. But when I was saying it, the same system and mindset that you are fighting against today, used you to shame me for leaving the very same system!”

#Remember, your famous line “Don’t leave when you hot”? I know today you may see it very differently so… You owe me (and my family) a public #apology and then some, if anyone owes you one. For alluding to the fact that me following God at the height of my career was a bad decision.”

In 1999, Mase announced he was retiring from music to pursue “a calling from God.” He said he was “leading people, friends, kids and others down a path to hell”, stating that he left to find God in his heart and follow him. 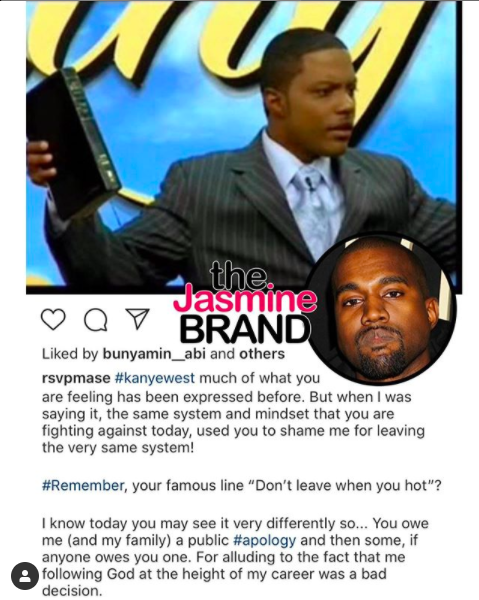 Over the past few days, Kanye West has demanded a public apology from fellow rappers, Drake and J. Cole. 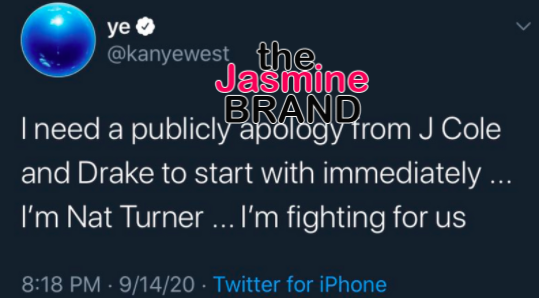 He also took to Twitter to express his battle to gain ownership of his masters, slammed royalty-based record deals, and threatened to not share any new music until he was released from his Sony and Universal contracts. 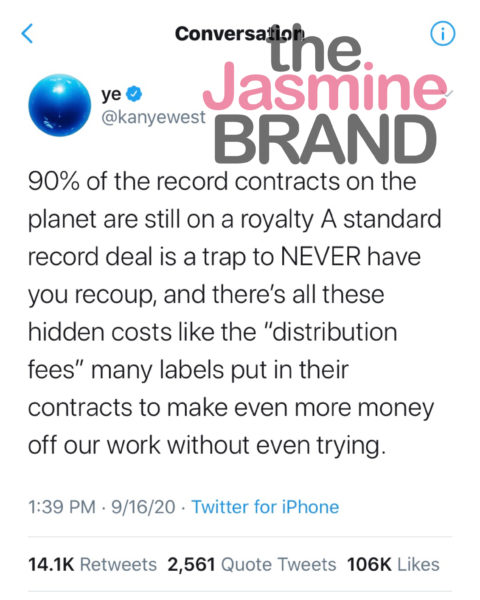 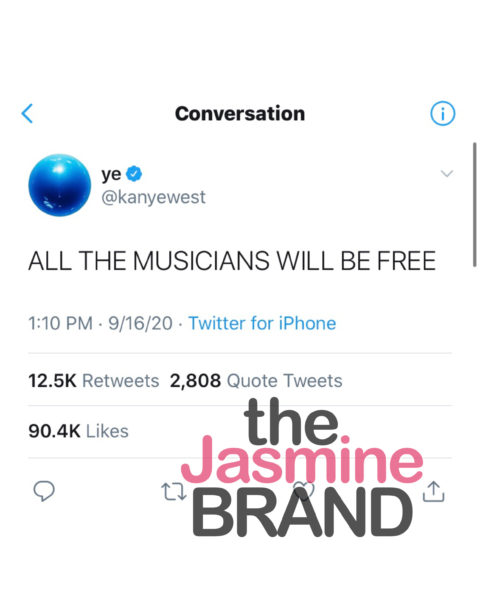 What are your thoughts on Mase’s remark that Kanye West owes him an apology? Let us know in the comments below. 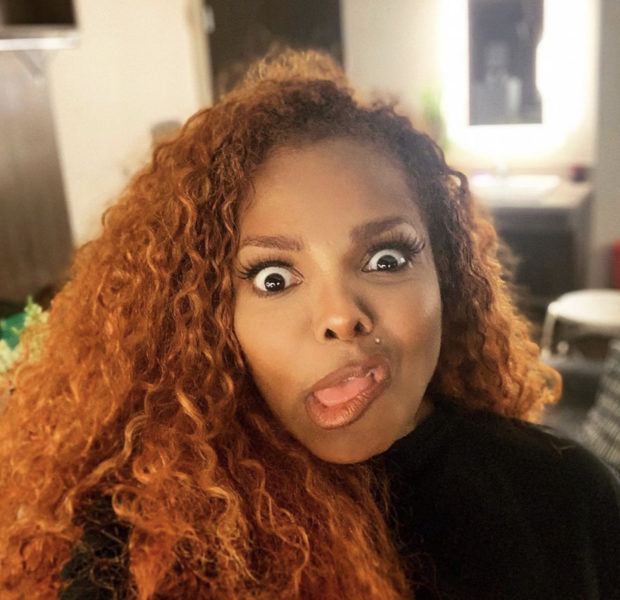 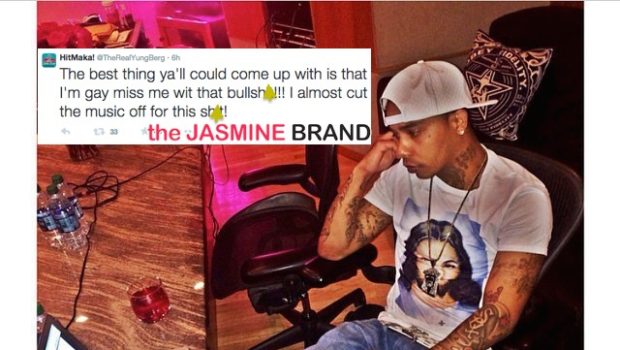 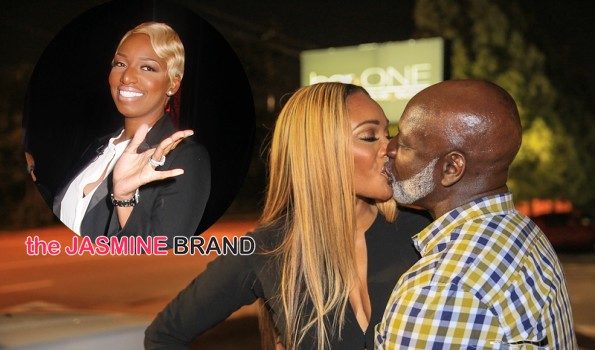