“This Is Us” star Niles Fitch is playing Disney’s first-ever Black prince in a live-action project.

Niles Fitch, who plays a young Randall Pearson in the NBC hit series, landed the role of Prince Tuma in Disney+’s film Secret Society of Second-Born Royals, which was released Friday (Sept. 25th).

Niles Fitch, 19, said during an interview on the history-making role:

“It’s an amazing thing that I’m doing. I know what it felt like for me when I was younger and getting to see people on the screen that looked like me, that really made me fall in love with acting even more because when I saw those people I thought, ‘Oh, I could be that’ or ‘I could do that.’ I think that’s what’s so great about my character is he’s normal. There’s not some crazy bad thing about him. He’s good-spirited. He has a good heart. I feel like for people to be able to see that representation on TV — he is royalty and he is a superhero — you don’t see that.”

“I just can’t wait to see the impact that it has on boys that look like me, being able to see themselves on TV, because we’re more than just what the media shows. We’re real complex and layered people and I feel like if we were shown more on TV in positive roles, or just roles in general, that wouldn’t have to be said. We wouldn’t have to say our lives matter. It would be a known thing.”

What are your thoughts on Niles Fitch playing Disney’s first live-action Black prince? Comment and let us know!

Mark Curry Blasts Steve Harvey: He Stole My Material When He Was On That Bulls*** Show!
Exclusive
Post Slider 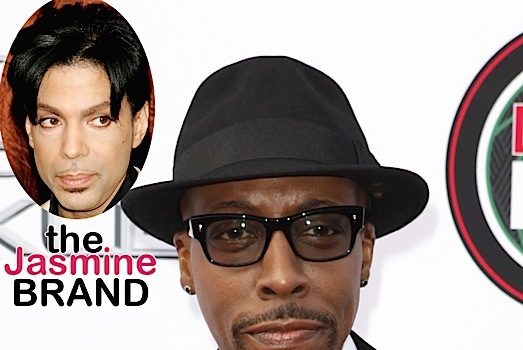