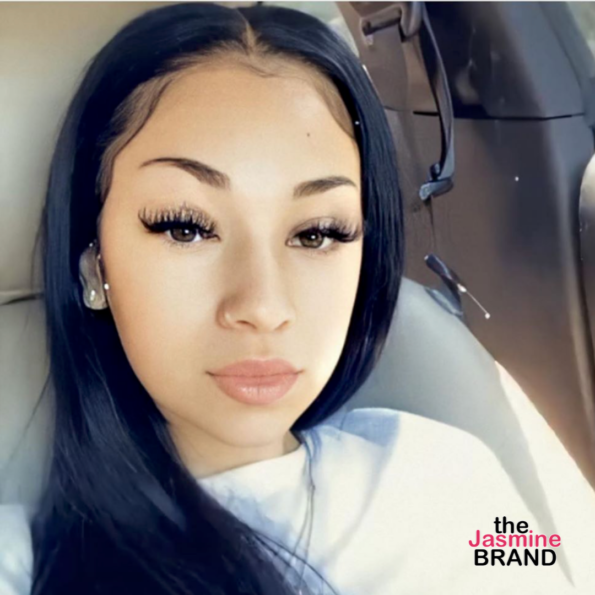 Bhad Bhabie’s OnlyFans brought her over $1 million in less than six hours.

The internet personality, who just turned 18 on March 26th, announced the news Thursday (April 1st) and said it was a new record.

She shared the report and wrote, 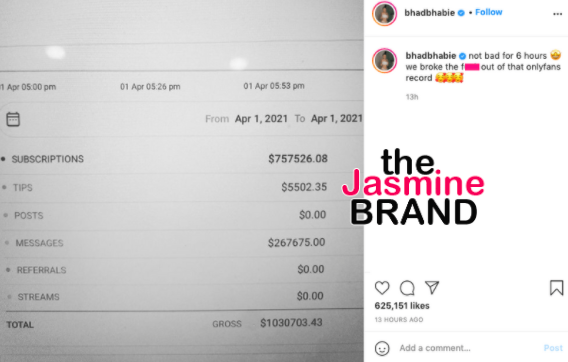 She announced her OnlyFans page on Instagram shortly before.

Insiders say she could make $5 million in the first 24 hours, according to Page Six.

Still, she also took to Instagram to address critics of her body and wrote in her stories, 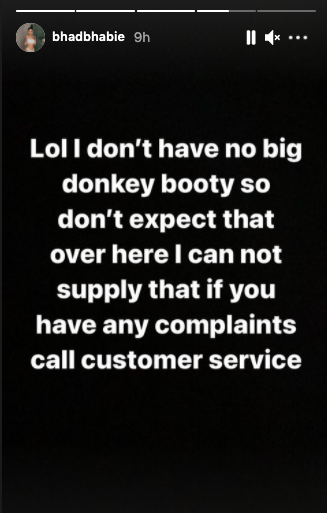 What are your thoughts on Bhad Bhabie’s OnlyFans success? Comment and let us know.

T.I.’s Daughter Deyjah Harris Breaks Down In Tears While Speaking Of Their Relationship: “He Always Plays Victim”
Exclusive
Post Slider