It looks like another celebrity skincare line will be on the market soon! During a recent YouTube video for Vogue, model/socialite Lori Harvey revealed that she’s been working on her very own skincare product line. During the 15 minute video, Lori Harvey went over her personal day-to-night makeup routine. Towards the start of her routine, the 24-year-old held up a small white bottle and shared that it’s a cleanser product from her own line. She said,

“I’m going to start with my cleanser. This is actually a product from my skincare line that is coming out very soon.” 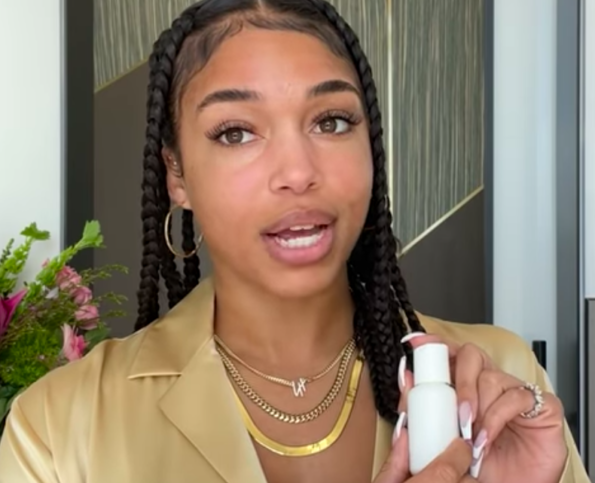 She continued and gave a little bit more details about the product.

“I have really sensitive skin, so I wanted to create a cleanser that had a low pH so it didn’t leave my skin feeling stripped or like dry after.”

Later on in the video, Lori Harvey revealed that she’s tested all her products on her well-known boyfriend actor Michael B Jordan.

The majority of the skincare products that Lori Harvey used within the video are from her upcoming line.  However, she didn’t reveal the exact date that the products will be available for the public.

What are your thoughts on Lori Harvey having her own skincare line? Tell us below.

Andy Cohen Has Blacklisted Celebs From “Watch What Happens Live”, Amber Rose May Be Included On The List
Exclusive
Post Slider