T.I. recently released a new song, and it looks like he’s taking aim at his alleged sexual assault victims in it!

Yesterday evening (Thursday, May 20th), T.I.–who has been accused of sexually assaulting more than 30 people with his wife, Tameka “Tiny” Harris–took to Instagram to announce the track. In his announcement, the Atlanta rapper posted a picture of handwritten lyrics with the caption “Now that I have your attention….”

From the post, viewers can see snippets that seem to reference the sexual assault allegations, such as

“Go put yo face and reputation on it…/ These kind of claims deserve more than anonymous provocative conversation, don’t it?”

Additionally, readers can see “…I’m up against some lyin a** b******/ DAMN. This is what it come to…” towards the bottom of the photo. 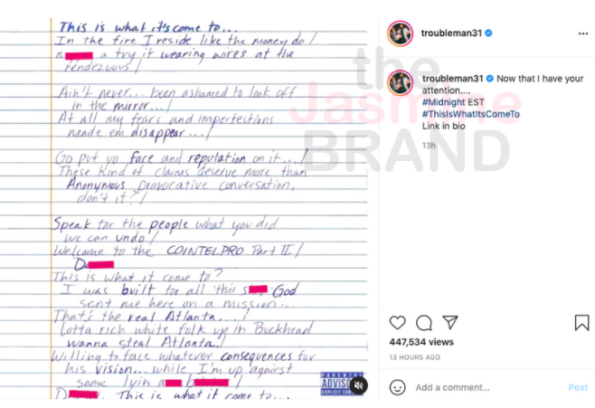 The song dropped a few hours later at midnight, and additional lines make it even clearer that T.I. is using his track to speak out against his accusers. T.I. appears to suggest that his accusers are only in it for the money, claiming:

“They say hell have no fury like a woman’s scorn/ F*** that I’m cranking up the jury/ Who you lyin’ on, shawty?/ Extortion is that what you got your mind on, shawty?”

“Imma take it all the way every day of the week/ Bet you thought this s*** was sweet and I would pay in a week.”

Additionally, T.I. calls his accusers out for remaining largely anonymous while making their allegations, and he also claims that this is an issue that many other men have gone through. He states:

“Go put yo face and reputation on it/ These kind of claims deserve more than anonymous provocative conversation don’t it?/ They say let’s hit him with the one-two/ You see how many other n***** this been done to?”

He displays similar sentiments in additional verses throughout, such as:

“I keep none against they will, if they leave that’s they disadvantage… Heebie-Jeebie be gone/ And see all the bulls*** she on/ Approach me with that h** shit, high step on that h** like Deion.”

Towards the latter portion of the new song, T.I. proceeds to take aim at his accusers’ validity, stating:

“The object of the game is kill the king/ So ’til the blade meet my neck on the guillotine/ But imma be standing tall like a statue/ N**** fuck that he-say-she-say if the receipt say that s*** ain’t factual.”

In response to “What It’s Come To,” other male rappers like Soulja Boy and Jay Burna showed their support for T.I. by posting on their IG stories, which he later reposted.

Neither the alleged victims nor their public representatives have commented on the track yet.

What do you think about T.I.’s new song, “What It’s Come To”? Comment down below to let us know! 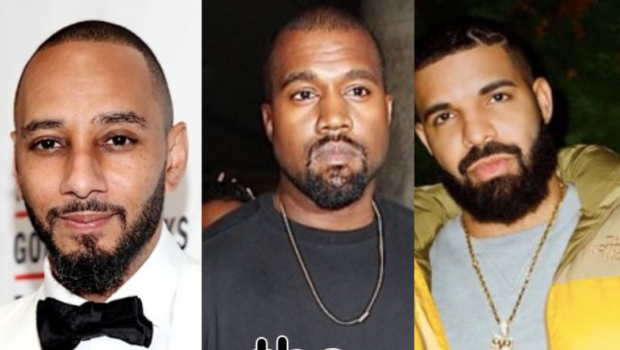