The love might be lost between singers Justine Skye and Giveon. Justine Skye, 26, recently fired off a series of tweets that has people thinking she’s no longer with Giveon, 26. In a now-deleted tweet, Justine Skye wrote,

“A man wouldn’t know how to treat you right if you gave them a manual. I know I shouldn’t but I really can’t help but blame myself for not saving enough love for me in the end. Whatever idc anymore I’m done.”

The rest of her cryptic messages are currently still up on her Twitter page. Justine Skye then wrote that people don’t want her to be ‘too real.’

“People want you to be vulnerable, but don’t look weak. They want you to be real, but not too real. I don’t know if I give a f*ck anymore what people want, cause they don’t even know” 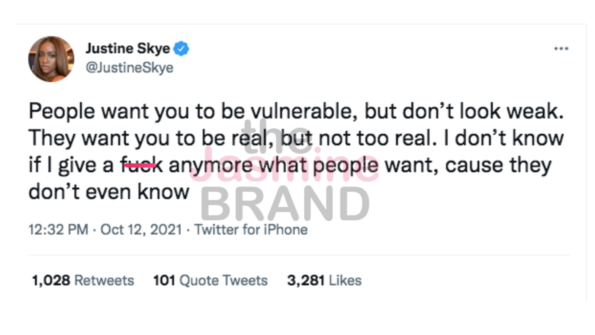 “People who I thought loved me the most I let break me the most. And those who actually do love me I pushed away. I’m sure I’m not the only one which is why I’m even talking about this on here rn cause it f*ckin hurts” 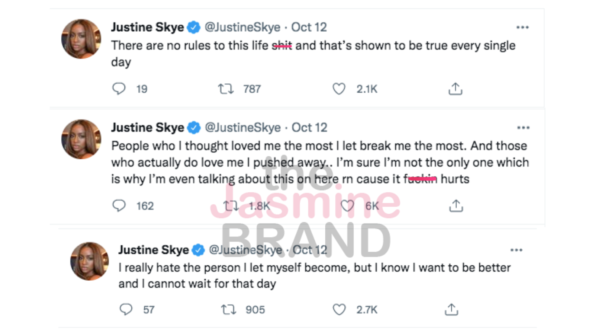 The ‘Know Myself’ singer added a few more suggestive tweets:

“It’s like i’m a vase, it keeps cracking and i keep trying [to] glue it back together to appear fine. Doesn’t mean it’s not still broken”

“I really don’t give a f*ck rn. I should’ve stopped a long time ago” 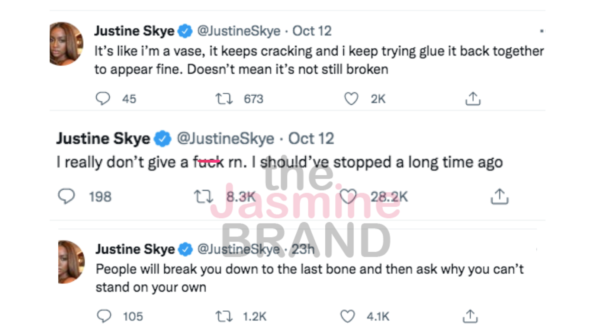 Justine then ended her Twitter confessions with one final message. 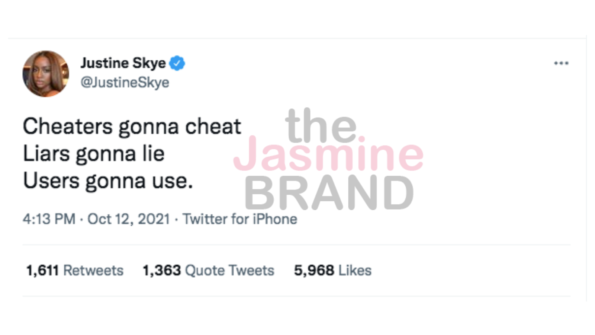 Giveon has yet to respond to Justine’s tweets. Neither Justine nor Giveon have ever publicly confirmed or denied the status of their alleged relationship. However, they have been spotted together numerous times in romantic and professional settings.

As previously reported, rumors that the pair were a couple initially formed late last year following a December trip to Jamaica they took with their friends and family. This past February paparazzi caught them leaving a romantic dinner in Brooklyn. In June Justine shared an image of herself with Giveon to Instagram. However, the picture has since been removed.

What are your thoughts on Justine Skye’s recent tweets? Tell us below!

Odell Beckham Jr.’s Rumored Girlfriend Wishes Him A Happy Birthday ‘U Know I Can Write A Lot About You’
Exclusive
Post Slider 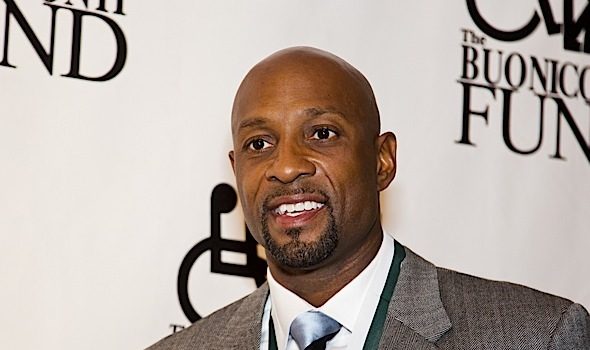 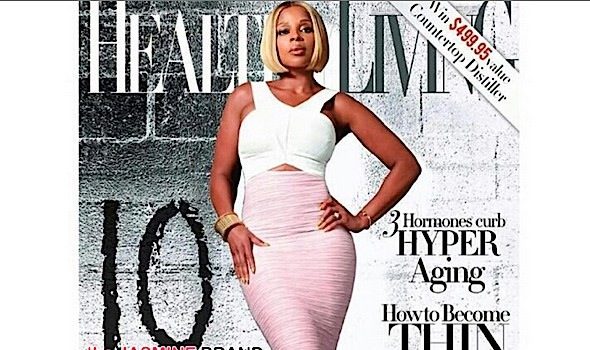