The fashion designer took to Instagram on Friday (Dec. 2) to issue an apology, promising to “engage with child protection organizations.” In a lengthy statement, he wrote:

“I want to personally apologize for the wrong artistic choice of concept for the gifting campaign with the kids and I take my responsibility. It was inappropriate to have kids promote objects that had nothing to do with them.”

“As much as I would sometimes like to provoke a thought through my work, I would NEVER have an intention to do that with such an awful subject as child abuse that I condemn. Period. I need to learn from this, listen and engage with child protection organizations to know how I can contribute and help on this terrible subject.” 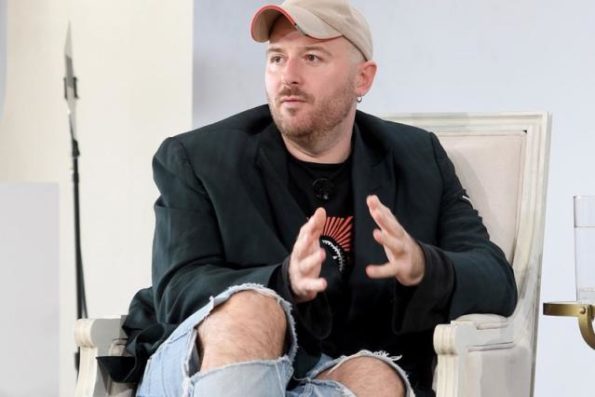 “I apologize to anyone offended by the visuals and Balenciaga has guaranteed that adequate measures will be taken not only to avoid similar mistakes in the future but also to take accountability in protecting child welfare in every way we can.” 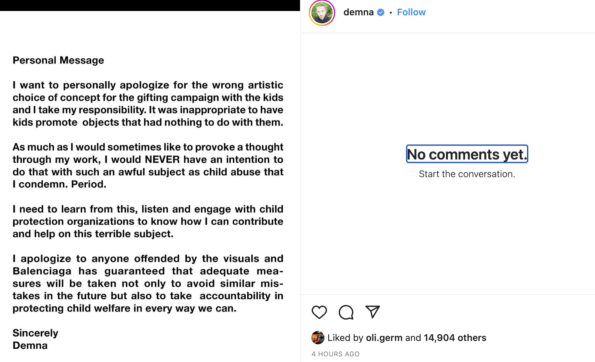 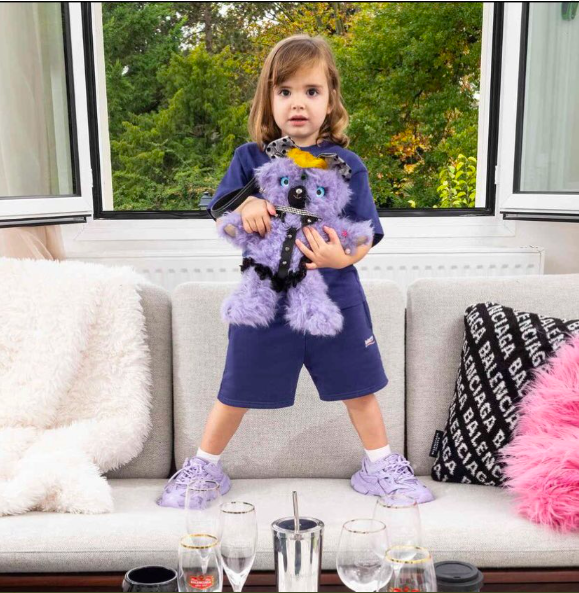 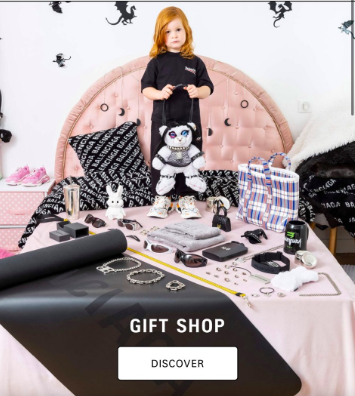 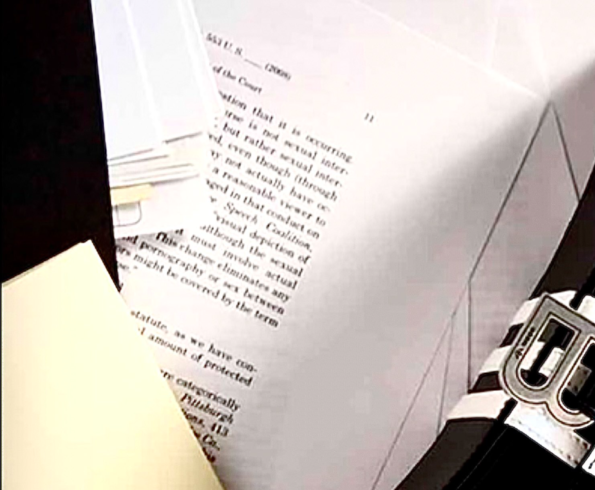 Demna’s apology comes after fashion designers blamed the mogul for failing to take responsibility for the scandal. Olga Liriano, who has spent years in the fashion industry as a model booker, photo director and top magazine editor, said it is ridiculous to think Demna and the top echelon at Balenciaga didn’t know what the campaigns were going to look like once they were photographed. (The teddy bear ad was shot by Gabriele Galimberti, who has said he was told the theme was “punk.”)

Balenciaga has since apologized for their actions. In a statement released Monday (Nov. 28), Balenciaga claimed that graphics posted under its name were not authorized by the corporation. According to reports, the fashion label has filed a $25 million lawsuit against the production company reportedly behind the concerning images.

“We apologize for displaying unsettling documents in our campaign. We take this matter very seriously and are taking legal action against the parties responsible for creating the set and including unapproved items for our Spring 23 campaign photoshoot.”

Addressing the advertisement, Balenciaga noted that:

“The first campaign, the gift collection campaign, featured children with plush bear bags dressed in what some have labelled BDSM-inspired outfits. Our plush bear bags and the gift collection should not have been featured with children. This was a wrong choice by Balenciaga, combined with our failure in assessing and validating images. The responsibility for this lies with Balenciaga alone.”

“The second, separate campaign for spring 2023, which was meant to replicate a business office environment, included a photo with a page in the background from a supreme court ruling ‘united states v. Williams’ 2008 which confirms as illegal and not protected by freedom of speech the promotion of child pornography. All the items included in this shooting were provided by third parties that confirmed in writing that these props were fake office documents. They turned out to be real legal papers most likely coming from the filming of a television drama. The inclusion of these unapproved documents was the result of reckless negligence for which Balenciaga has filed a complaint. We take full accountability for our lack of oversight and control of the documents in the background and we could have done things differently.”

What are your thoughts on Demna’s apology? Let us know in the comments below! 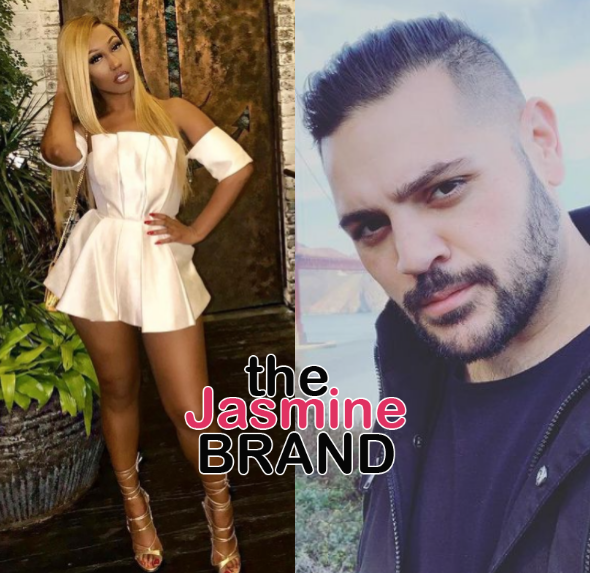 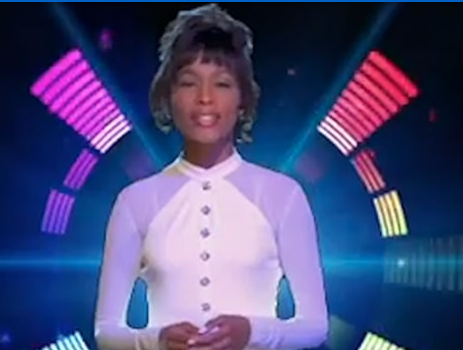 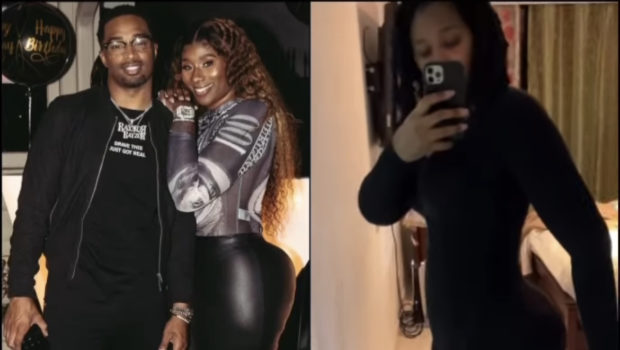 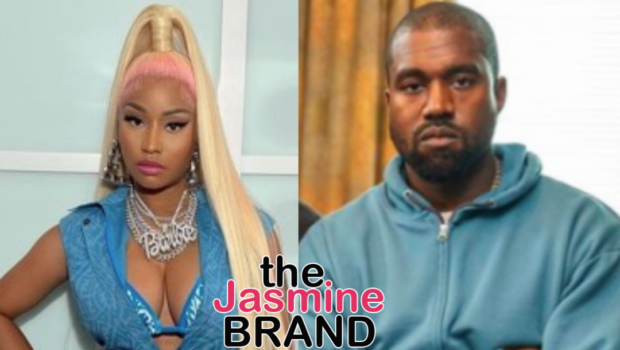