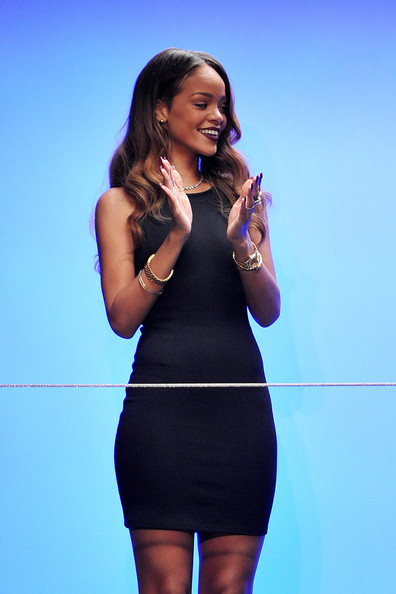 Big fashion news for Rihanna. After coming down from her big performances at this year’s Grammy Awards, the 24-year-old singer just debuted her “Rihanna for River Island” line at London Fashion Week. The pieces in the collection seem to mirror the pop-princess’ personal style, with mesh tops and skirts with high slits. Reuters spoke of the line:

Other critics had some not-so-nice things to say about the show. According to Huffington Post, Rih was an hour late to her show, and the clothes weren’t really “fashionable” and were “a little too heavy on the nineties vibe.” Peep the pics below and let us know what you think. 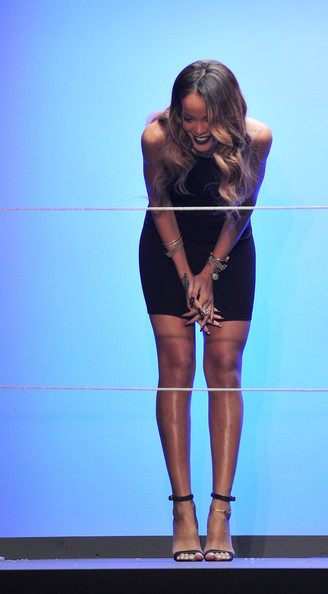 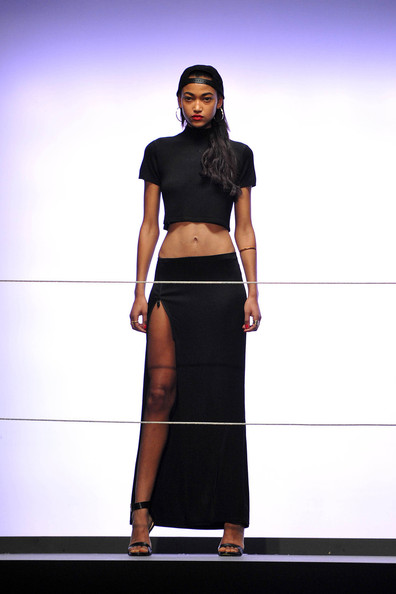 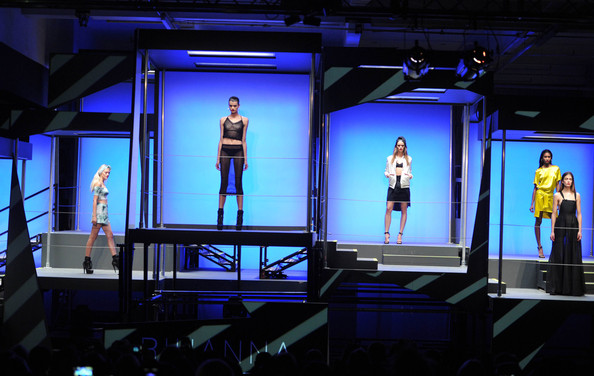 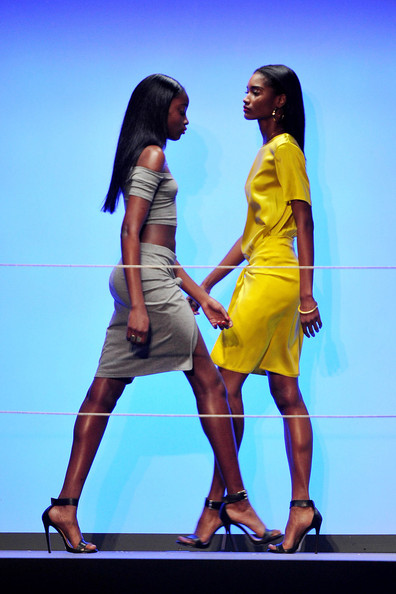 And in other Ri-Ri news, sh*t got real for her when she allegedly got approached in a London club by a fan, not too pleased by her. Rihanna suffered a minor cut on her leg, outside a London nightclub, when she cut her knee dodging a bottle hurled by some dude, who was heckling her about Chris Brown. 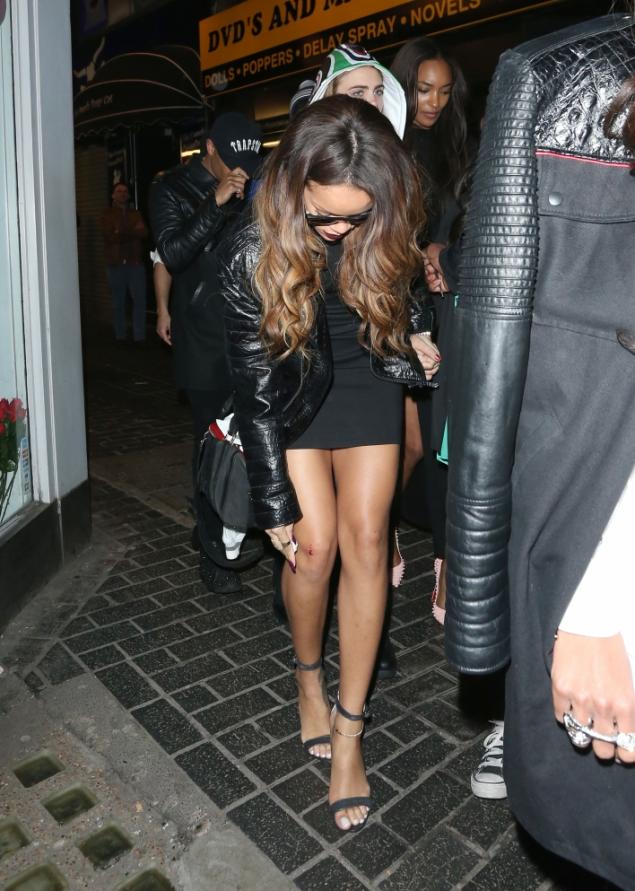 NY Daily News reports that the incident went down outside the Box Nightclub after debuting her new line (above) at London Fashion Week. Rihanna was confronted by the stranger (a man), who began screaming at her for rekindling a romance with C-Breezy. A witness said the man threw a bottle of Lucozade (it’s an energy drink…our version of Red Bull). So how did she get the cut on her leg? Rihanna fell against a metal shop grate during the mayhem and cut her right knee. Her bodyguard also injured his leg during the bottle-throwing chaos and had to be taken to a hospital for treatment. Meanwhile, Rihanna seemed unfazed, not addressing the incident on twitter, instead celebrating her new newspaper cover:

When your face is pic-stitched to Princess Diana’s on the cover of The Sunday Times…. I mean……Just so happens I came home drunk to this in a pile of papers outside my hotel room! My lil Bajan behind.. 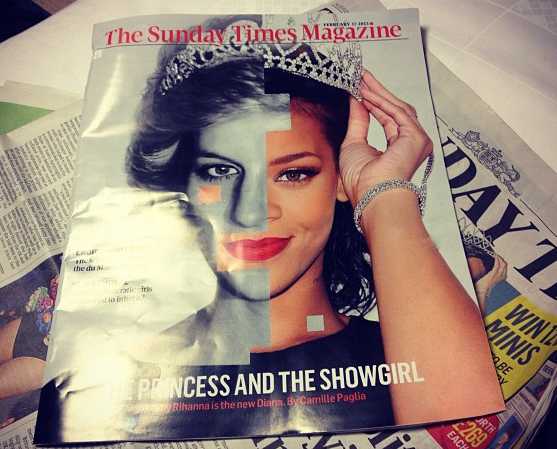 Amber Rose Says Kim Kardashian’s Sex Tape: Is the only reason these girls have a career.
Exclusive
Post Slider 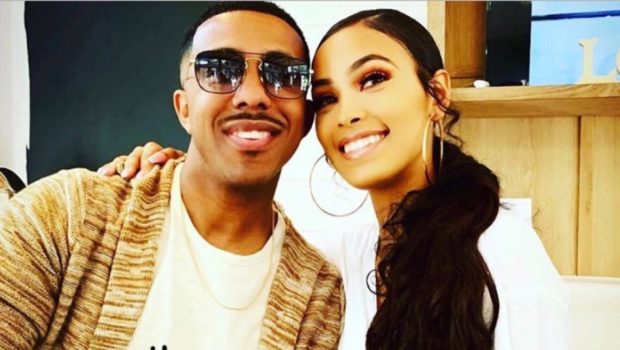 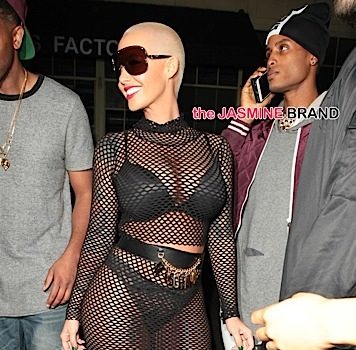 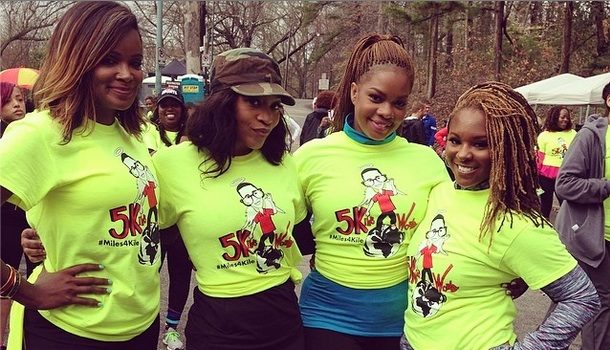