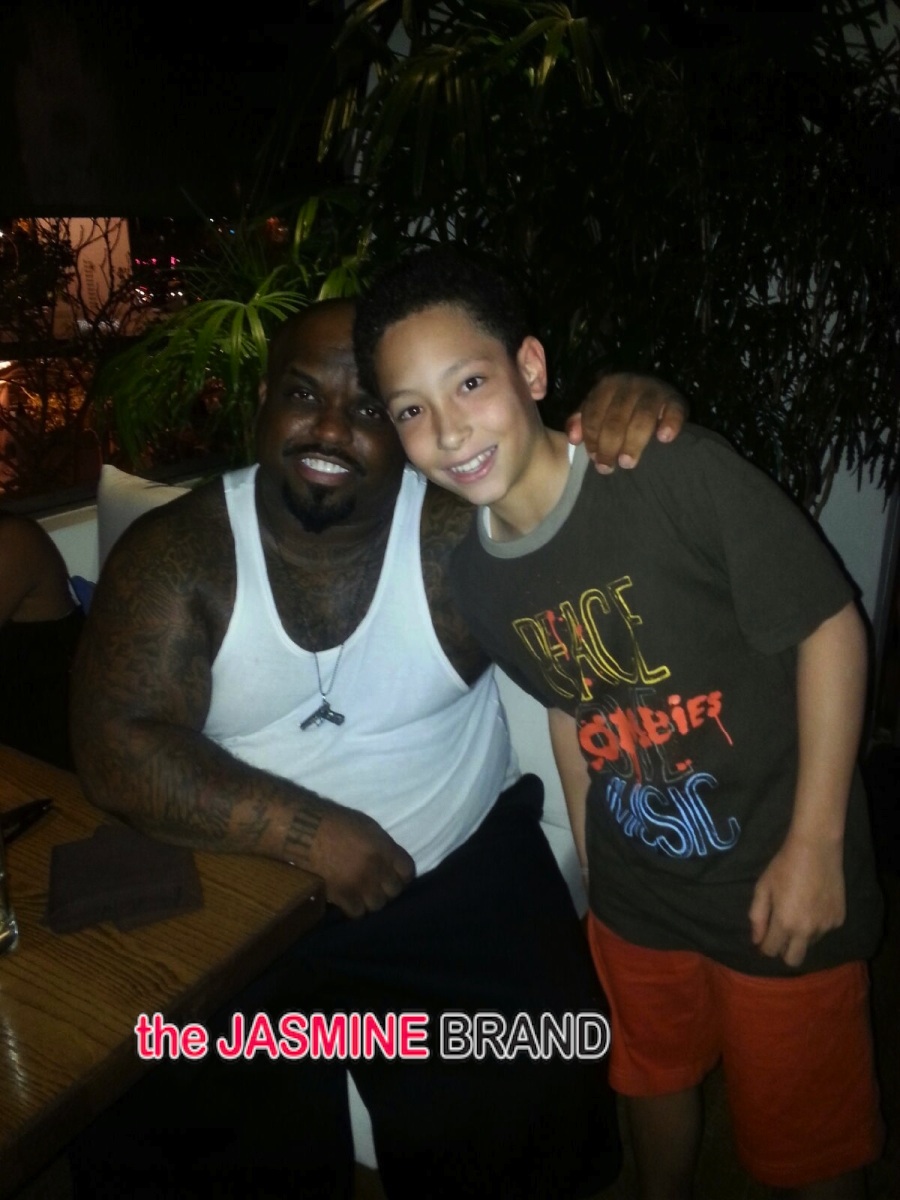 We’ve said it before and we’ll say it again–we love when celebs use their celebrity for a great cause. And we’re even bigger fans of when they use their star power to make their kid fans smile. We received a short, but sweet email from a parent whose 11-year-old son met one of his idols, singer Cee Lo Green (real name Thomas DeCarlo Callaway ).

Hi Jasmine. I just wanted to share a recent experience that my son, Kameron, had with Cee Lo (Green). He’s a huge fan of the singer and we were visiting Los Angeles from Kansas City. My son is 11 and we aren’t use to seeing stars on a regular basis. We were having dinner at a restaurant at The Grove and saw Cee Lo sitting with some people. My son begged me to come with him to ask for a picture. Granted, Cee Lo seemed like he was in deep conversation, so I didn’t want to bother him. Kameron kept persisting so I crossed my fingers that Cee Lo would take a photo with him and wouldn’t seem bothered by this star struck kid LOL. Long story short, my son introduced himself to Cee Lo and asked him for a picture. He was down-to-earth, polite and was like ‘Of course, I’ll take a picture.’ As a mom, I was so relieved and personally became a bigger fan of Cee Lo. It was nice for him to take some time out for my son. My son was thrilled after the photo and said he was going to show everyone at school. Anyway, please share this story because stars need some positive press and to know that kids look up to him. Thanks a bunch! -Kameron’s mom.

Sweet! Kudos to Kameron for having the guts to approach one of his favorite artists and kudos to Cee Lo!