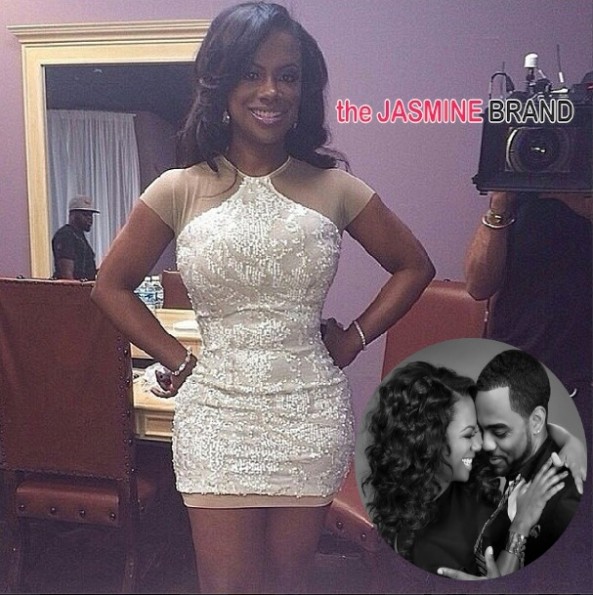 Kandi Burruss is officially a housewife! On Friday (April 4th), the Real Housewives of Atlanta star tied the knot with fiance, Todd Tucker. The private ceremony, went down in Atlanta, and was filmed for her upcoming wedding special. Kandi confirmed the exciting news with In Touch:

This is one of the best days of my life! I never imagined that I would marry my best friend. Todd’s been that to me,” Kandi exclusively tells In Touch. “And to have just had the wedding of my dreams, it’s all been so beautiful. Now it’s time to party!

Here’s what our inside source has confirmed. Both Mama Joyce and Todd’s mother were present. Kandi’s wedding gown was a long, extravagant dress made of Ostrich Feathers, by designer Reco Chapple. New Edition (with the exception of Bobby Brown) and Doug E Fresh performed at the reception. Kandi’s bridesmaids included a few of her celebrity friends including singer Fantasia, Tameka ‘Tiny’ Cottles, Love & Hip Hop Atlanta’s Rasheeda and her RHOA cast mate, Phaedra Parks. Rasheeda’s husband, Kirk Frost, was one of Todd’s groomsmen. Cast mates were in attendance, with the exception of NeNe Leakes. Our guess is she’s still prepping for Dancing With the Stars. Kenya Moore was absent as well, filming Celebrity Apprentice in New York. Kim Zolciak wasn’t invited. As customary, no photos were allowed, but a few guest snapped photos of themselves inside the reception and outside the wedding venue. 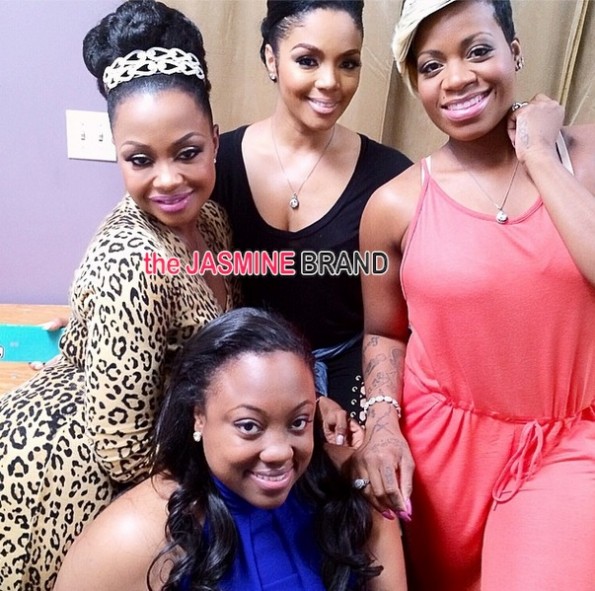 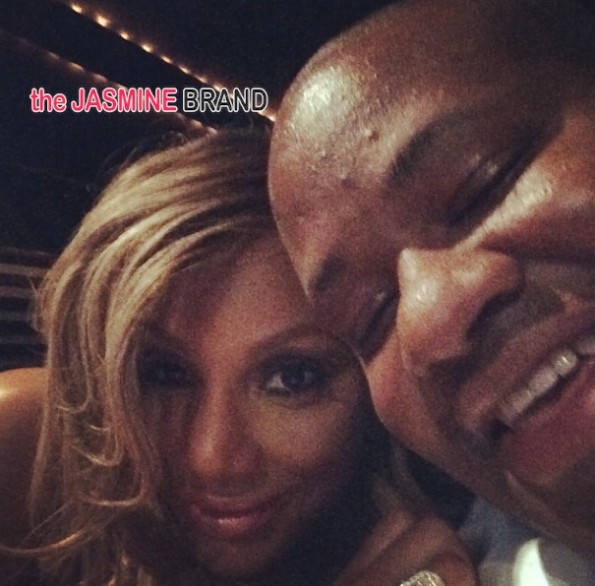 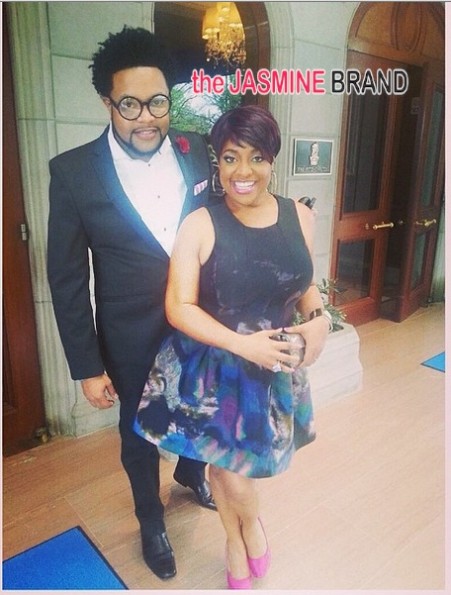 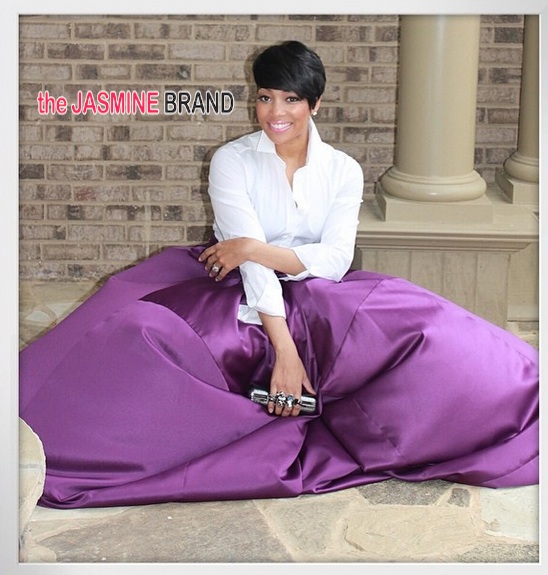 Monica poses outside of the wedding location 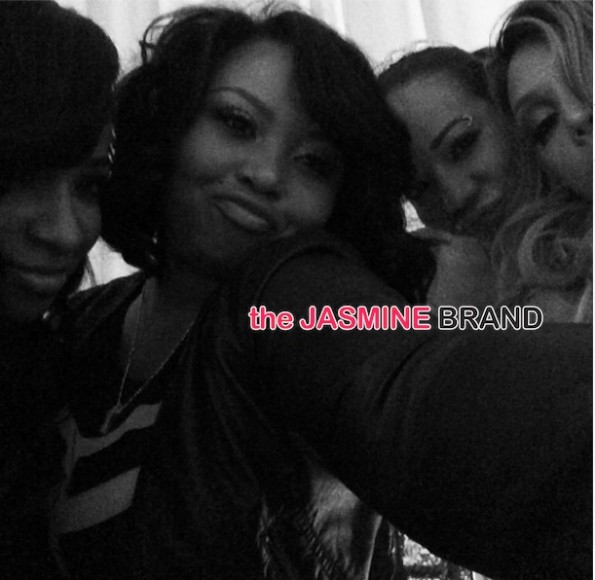 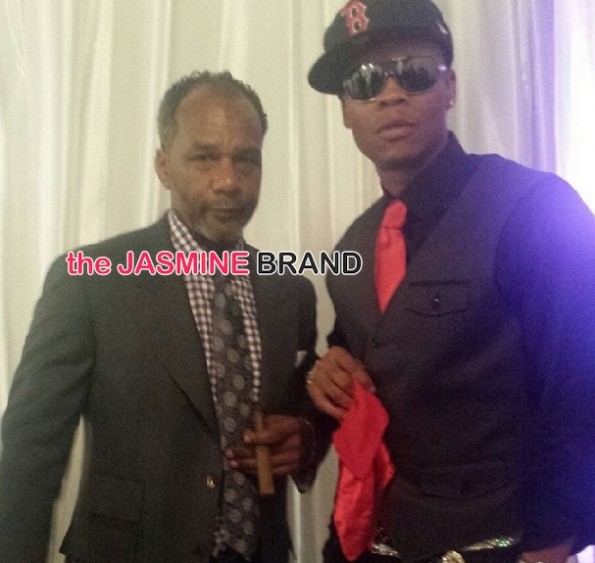 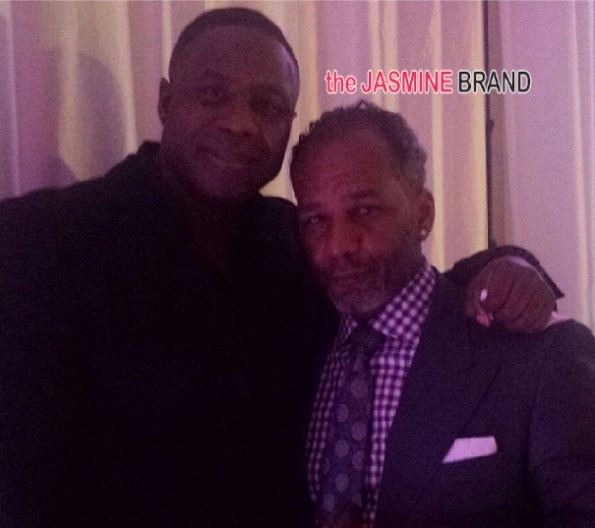 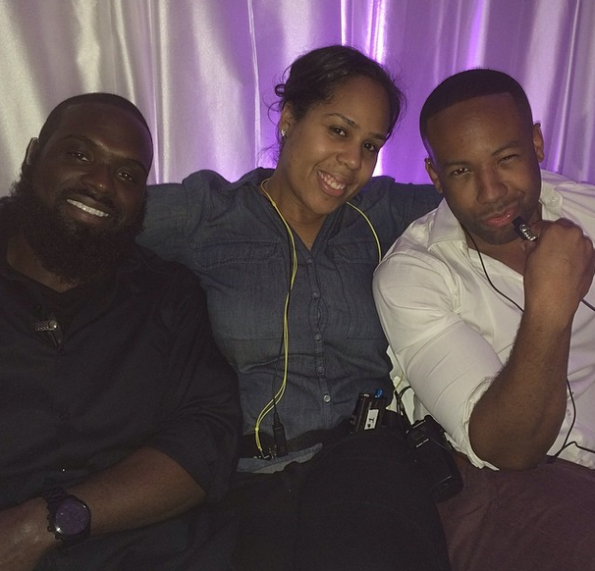 Carlos King, who produces BRAVO’s Real Housewives of Atlanta, posted a photo of them wrapping filming on Kandi’s upcoming wedding special. He wrote:

Kandi and Todd met on set in 2011, while filming (as Todd initially worked on the show). They became engaged in 2013. Kandi has one daughter, Riley, 11, from a previous relationship. Todd has one daughter. This is the first marriage for Kandi. Check back later for more updates! Congrats! 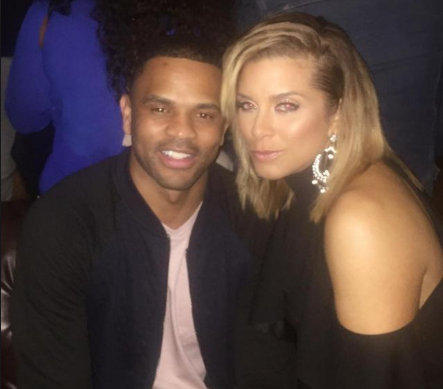 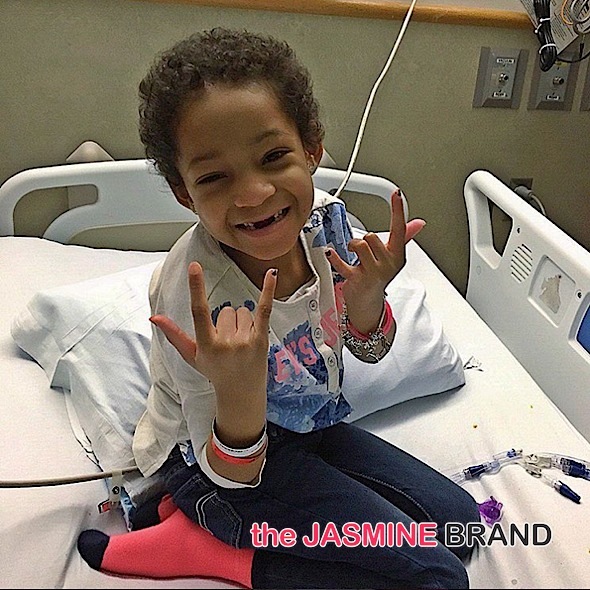 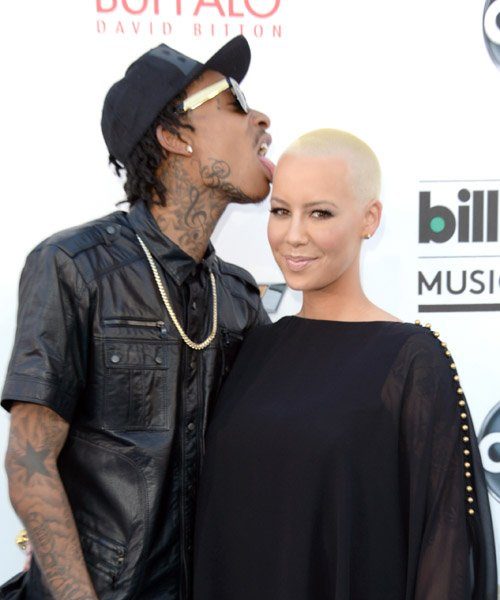