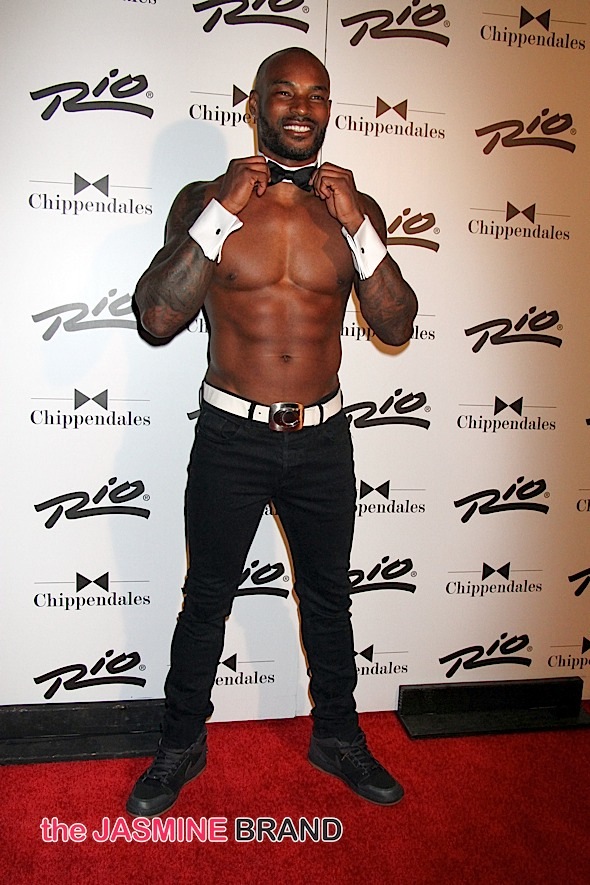 Tyson Beckford is popping up everywhere, promoting his new film, Chocolate City. This week, we spotted him celebrating his latest gig — he’s guest hosting Chippendales: The Show at the Rio, in Las Vegas, through May 24. 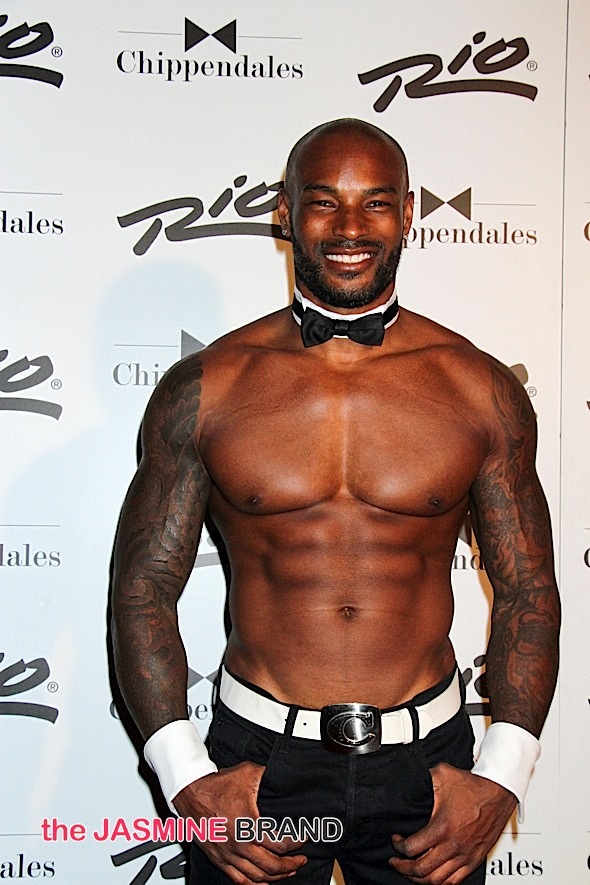 In an interview with Las Vegas Magazine he explains what motivated him to guest host:

It helps promote my new show coming out, Chocolate City, where I play a male stripper. It also kills the stigma of male revues being raunchy and distasteful. It’s not bad. It’s really like you’re bringing happiness to a room full of women and men. I came to see it and I was just like, I felt like I was on the set ofChocolate City again. Imagine if Chocolate City and Magic Mike all got together and did one movie where one strip club battles the other strip club. It would be amazing. This is the summer of male strippers. You’ve got Chocolate City (opening out May 22) and (Magic Mike) coming out Fourth of July weekend. It’s going to be very educating for the women. The men, of course, better get themselves in the gym because they’ve got a lot to compete against. A lot of times when the girls get done watching the show, they’ll come back to the Flirt Lounge and do a meet-and-greet. They shoot out of here so quickly. They’re going home or they’re going to go meet that guy or look for that guy. 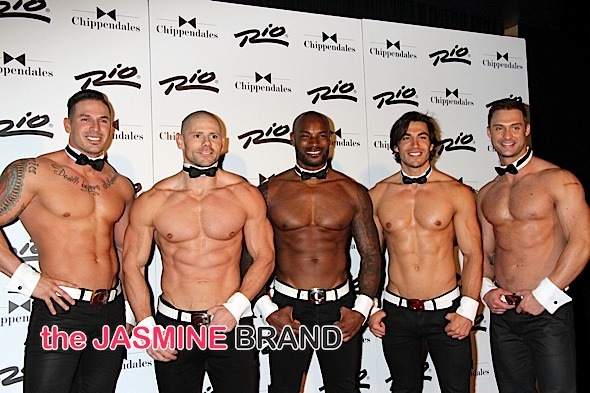 [SEE MORE PHOTOS OF TYSON’S RED CARPET CHIPPENDALE PREMIERE ON THE NEXT PAGE.]

Raven-Symoné Will Return To ‘The View’ 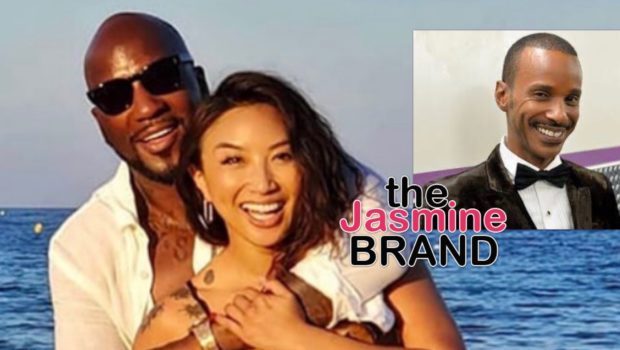